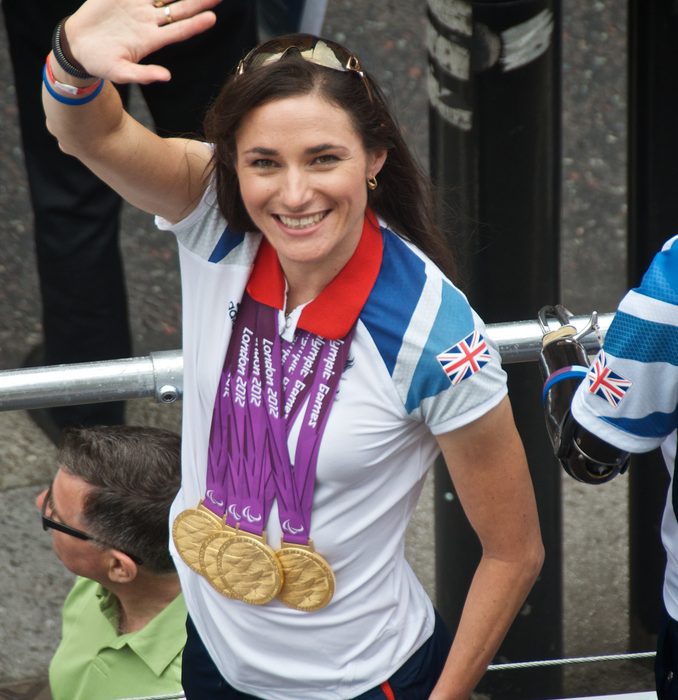 The heroes of London 2012 are to be honoured in a parade through Manchester’s Albert Square. The event, set to take place on October 26th, will see many of the athletes born or based in Manchester return to celebrate their sporting roots.

Though London was host, it is perhaps fitting that Manchester, arguably the nation’s sporting capital, had its part to play in the historic Games. Over 60 of Team GB were from Greater Manchester, claiming 16 medals between them, including 11 golds. Were Manchester a separate county, it would have placed 8th in the Olympic medal table, a staggering achievement.

Etienne Stott, who claimed gold in the men’s canoe slalom, was born in Manchester, while cyclist Jason Kenny, who grabbed two golds and smashed the world record in the team sprint, was born and bred in Bolton. The Paralympics were also a great success for the region, as Heather Frederiksen, from Wigan, won gold in the 100m backstroke, while Sarah Storey, from South Manchester, claimed a further four golds for her glittering collection. Storey, who had previously won gold in Paralympic swimming, has now turned her hand to cycling, where she has cemented her place as Britain’s most successful ever Paralympian.

The University of Manchester also has its claim to fame at the London 2012 Games through Paralympian Matt Walker. Walker, a swimmer, represented the North West at youth level before going on to win gold at Sydney, Athens and Beijing. At 34, Walker is in the twilight of his athletics career, but that did not stop him from winning a bronze medal in the London games. Walker is an alumnus of the University of Manchester, having graduated with a Masters in Business in 2001. The swimmer dedicated his medal to father Alan, who passed away in June after a battle with cancer.

In addition to the wealth of Manchester-born athletes, many of Team GB were based in Manchester prior to the summer Games. The city’s excellent sporting facilities, many of which were created for the Commonwealth Games in 2002 are a particular draw for athletes. Britain’s cycling team, who contributed an incredible eight gold medals, train at the National Cycling Centre in SportCity; the likes of Sir Chris Hoy and Bradley Wiggins, Laura Trott and Victoria Pendleton owe much to the facilities that Manchester has to offer. The Manchester-based athletes are not limited to cycling, as gold medal-winning Jade Jones and the GB Taekwondo team also call Manchester their home.

These athletes are among 130 to be invited to the parade, along with many of the volunteers who helped to make the games such a roaring success. The event is set to be the biggest Olympic celebration outside of London, and is a chance for everyone in Manchester to show their support for the athletes that have so inspired the nation.

Manchester was also home to one of the select out-of-London venues of the games. Old Trafford, the home of Manchester United, played host to several of the Olympic football ties. These included the quarter final between Japan and Egypt, the semi-final between Brazil and South Korea and of course Team GB’s own clash with Senegal. Averaging crowds of over 60,000 people, the extradition of some of the Olympic football to the North West was a great success.

Now that London has passed the Olympic and Paralympic baton on to Rio, the country can look back on what will no doubt go down in history as a legendary summer for British sport. Manchester will always be remembered as part of this due to the athletes it has produced and the venues it contains. And who knows, maybe one day Usain Bolt, potentially the biggest star of the 2012 Olympics, will find his way back here too-if he can twist Sir Alex Ferguson’s arm enough.