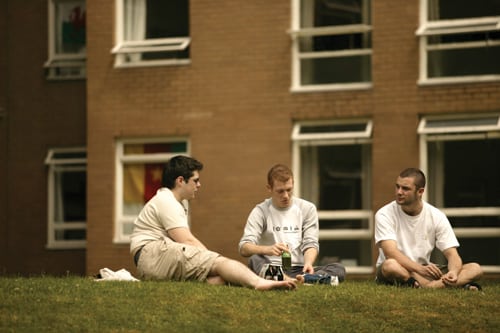 Students enjoying the Manchester greenery. Photo: The University of Manchester

Manchester up in green league table

The University of Manchester is up 30 places in a national ‘green’ league table, but still far behind Manchester Metropolitan University.

Manchester is ranked 59 in this year’s People & Planet Green League Table, up from 89 in 2011, while Man Met is at 10, up seven places from last year.

“We managed to climb 30 places in the past year because this is a priority for the University,” said University spokesman Jon Keighren. “We are rated lower than MMU because we are a research intensive university, unlike MMU.

“A lot of our carbon comes from labs, high performance computing…which MMU doesn’t have. Also we have a lot more older buildings, which by nature are less energy-efficient.”

The British student-led organisation ranks universities on policy and management, and performance, divided into 13 categories varying from ethical investment and carbon management to water consumption and carbon reduction.

Manchester scored 37 out of the 70 points available, doing well in policy and management, but poorly in performance with 1 out of 6 available marks for renewable energy – generating none of their electricity from renewable sources.

Manchester Met scored 49 overall and did better than University of Manchester in carbon reduction and waste and recycling, but got 0 out of 3 in ethical investment.

In last week’s Mancunion members of the Students’ Union condemned news of BP’s investment in the International Centre for Advanced Materials to be based at Manchester – saying the university was “helping BP to research new and better ways in which to damage the environment.”

Speaking on behalf of the Students’ Union about the green league table, Campaign’s and Citizenship Officer Khalil Secker said, “The University’s approach towards environmental sustainability is always evolving.

“People and planet make some great points which we expect the university to address as they continue to reduce their carbon footprint, promote sustainable behaviour and minimise its impact on the environment.

“At the Students’ Union we continue to support student led sustainability initiatives, such as the Electronics Club who managed to reduce the water consumption of one of their buildings by 60%.”

The Manchester Young Green’s felt the ranking of Manchester was not good enough and demanded something be done.

“Some of the University’s poorest scores were down to water reduction, waste reduction and recycling, these areas need to be addressed by the senior management at the University now.” 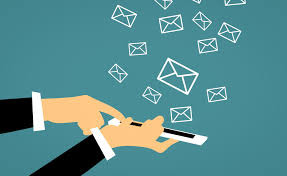 Save the planet, send fewer emails