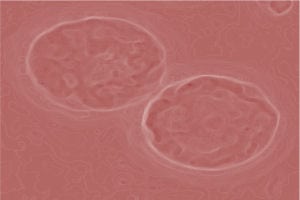 Cells swollen from inflammation can be shrunk to their normal size by bathing in a high-salt solution. Photo: UoM

High-salt solution therapy can reduce potentially life-threatening inflammation, researchers at the University of Manchester have found.

Injecting an inflamed area with a solution already used in IV drips in hospitals reverses the effects of inflammation, according to a study published in the journal Immunity. Inflammation, the swelling of cells in an area of the body, is a normal reaction to tissue damage such as a cut or burn.

The team, led by Dr Pablo Pelegrin, Research Associate in the Faculty of Life Sciences, found that even bathing the affected area could have similar internal effects. Vincent Compan, who undertook much of the research, wrapped the legs of mice in bandages soaked in the hypertonic solution, which reduced inflammation.

This study focussed on the molecular reasons for the solution’s effect, which were previously unknown. Dr Pelegrin’s team found the molecular target, which triggers an inflammatory response, can be switched off by bathing in the solution. The research, undertaken mainly at the University, provides a scientific explanation for why Victorians “took the waters” to ease their aches and pains.

Spa towns such as Bath were centred on the ‘magical’ properties of the water. The hypertonic makeup of the spring water means they could still be beneficial. Dr Pelegrin said, “This research opens up exciting opportunities for the use of hypertonic solution as a treatment for inflammatory illnesses such as arthritis.”