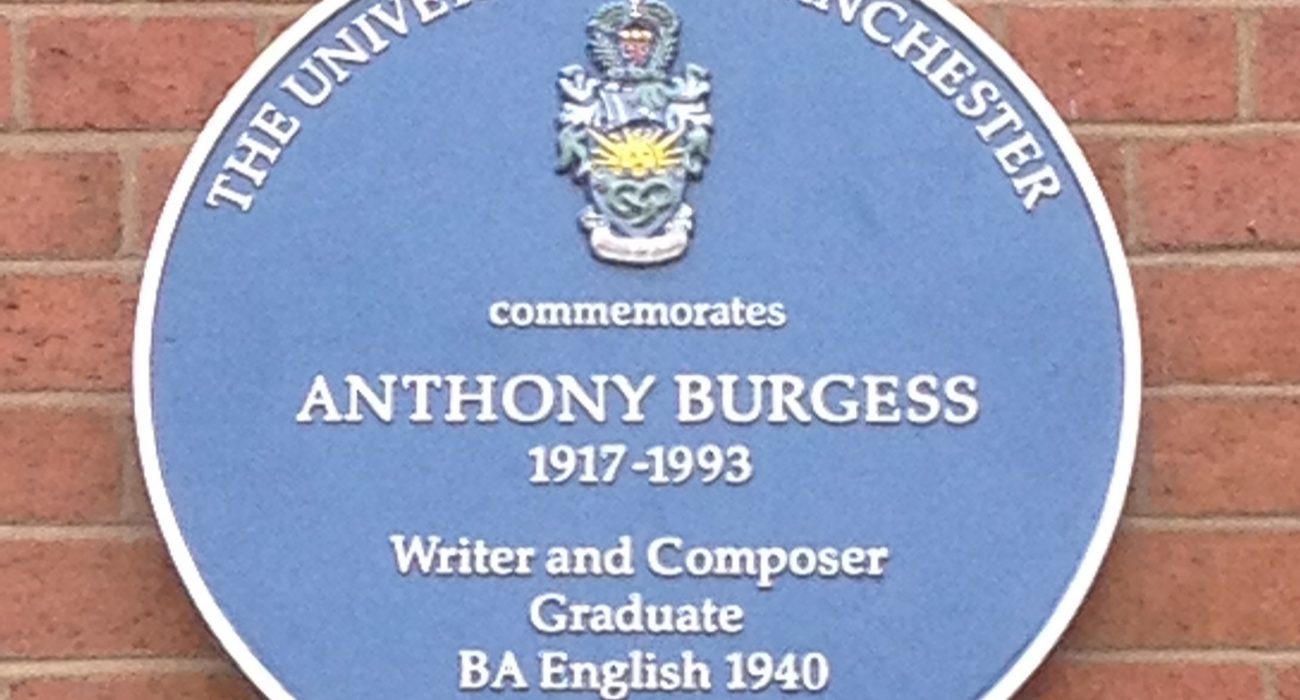 ‘A Clockwork Orange’ author and former Manchester student has been honoured by the unveiling of a blue plaque outside the Samuel Alexander Building.

Anthony Burgess grew up in Harpurhey and Moss Side, graduated from the University of Manchester in 1940 and was awarded an honorary doctorate by the institute in 1987.

The ceremony on October 10, marked the fiftieth anniversary of the publication of ‘A Clockwork Orange’ and was proceeded by a trumpet fanfare Burgess wrote as a birthday present to his son.

Other than a plaque outside his flat in Monaco, his home for 17 years, no other monument exists to Burgess, who died in 1993.

Dr Andrew Biswell, director of the Anthony Burgess Foundation, attended the ceremony and said, “Although Burgess was one of the great English-language writers of the 20th century, he has always been neglected by his country of birth.

“So I am delighted that the university has decided to install the first British public monument to Burgess, 50 years after ‘A Clockwork Orange’ was first published.”

After graduating with an English Literature degree Burgess went on to write 33 novels, 25 works of non-fiction, two volumes of autobiography, three symphonies and more than 250 other musical works.

“It’s a great opportunity for all of us in the new School to celebrate a former English literature student,” Dr Booth said. “Burgess is a major novelist who deeply loved literature and language – he wrote so well about other writers.

“I’m eager to celebrate a distinguished former literature student for the benefit of the present cohort.

“Who knows, in fifty years’ time there may be a blue plaque for one of our current students.

Professor Jeremy Gregor, head of the School of Arts, Languages and Cultures then unveiled the plaque.