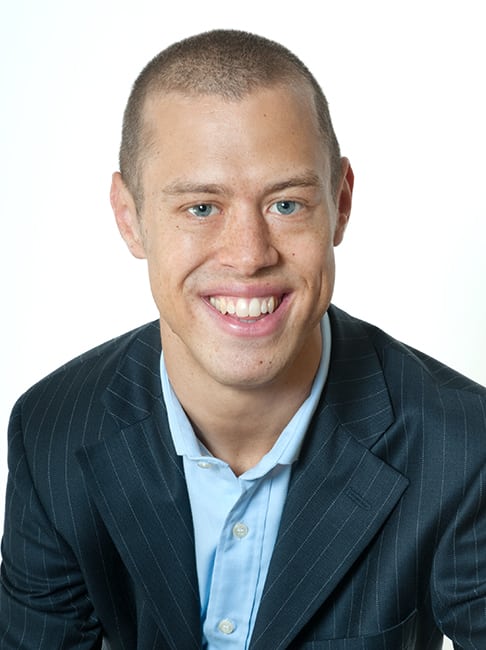 How did you come up with the idea behind studentbeans.com?

Having grown up in the age of the Internet, we knew that when students arrived in a new city, they would turn to the web for help. Being in an unfamiliar city and living on a limited budget is tough. But we knew that the Internet and a little entrepreneurialism on our part could solve these problems. I wanted to create something of real value that people wanted to use. We’ve created the ultimate win-win environment where companies get increased awareness and students save money!

I started studentbeans.com back in 2005 when I was 22 and just a few weeks after graduating from the University of Birmingham. I did a business plan as part of my degree where I actually came up with the idea for studentbeans.com and after graduating it made sense to set it up. I co-founded the business alongside my business partner and brother, Michael. He actually came up with the name of our website, the name studentbeans.com is based around the idea that our website is as essential to student life as a can of baked beans – a staple part of every student diet. We became The Beans Group about two years ago and have recently launched a site morebeans.com, focusing on life after university.

How did you develop your idea?

In terms of funding, we were looking for an initial start-up loan to get our idea off the ground and had been rejected by the bank – in the end we received a low interest loan from The Prince’s Trust. We were part of the Prince’s Trust Business Programme and the advice and support from them in the early days was invaluable. It was not just about the funding, but the additional support structure. At first, we just had a holding webpage saying ‘coming soon’, but the money helped us to print promotional materials and get website up and running.The value of mentors can not be underestimated, especially those that have been there and done it before! Originally when we started, as part of our support from The Princes Trust we were assigned a mentor from the law firm DLA Piper who I would meet once a month to review our figures, successes, failures and our next steps – these were vital in the process of continual learning and development.

How difficult was it to establish Studentbeans as a brand? Did you ever feel like giving up?

We started in Birmingham going door-to-door speaking to businesses and were very quick to put our first deals and discounts on the site. Because we help make a difference to the lives of students and every student wants to save money, there is a lot of good will for the brand on campuses up and down the country. Word of mouth tends to spread quickly when we’ve got a particularly great deal on the site or a funny article. A year after starting out we went national and now we have over 1 million visits to the website every month.

There were certainly moments in the early days that were challenging. One cold Saturday I was up in Sheffield  and I got screamed at by this woman in a restaurant – it was back in 2006 and I just remember leaving this shop and calling a friend questioning why I was doing this as I was standing outside in the rain. She reassured me what great things we had done the year before when we had launched in Birmingham and not to worry – I got back in my car and drove home that day. Now most of our clients come to us and we’re doing some great things so I know it is worth it. I learnt that you can’t take “no” personally – I think there is a famous quote that goes the difference between success and failure is the ones that succeed are the ones that keep trying.

Do you have any advice for students who want to go down a similar route?

My 3 Key Tips to making your own business happen

1) Don’t take no for an answer. When you’re growing up and you want something as a child, just because your parents say no your natural instinct is to ask again and keep asking. As we get older we tend to forget how persistent we once were!

2) Be prepared to work. Success isn’t just going to be delivered on a silver platter. Nothing worthwhile is easy. There have been times in the last 6 years whilst building up studentbeans.com that have been incredibly trying, but you get through them. For us the knowledge that we have a website that is valued by British students – that can make a bit of difference to their lives, really helps deal with the challenges.

3) Take responsibility. Whether you work for someone or you are working for yourself, people always find someone to blame and are full of excuses. The only common factor between everything you do is yourself. Instead of blaming people around you as to why things have and haven’t happened, it’s up to you to take control.

What does your role as an ambassador for Start Up Loans involve?

Start Up Loans www.startuploans.co.uk is a fantastic scheme led by James Caan and Lord Young where young people who are interested in starting a business can apply for a loan of £2,500 and get access to personal support and mentoring. As well as the money, it’s important that young people see what other young people have achieved and understand that setting up a successful business is something that they actually can do. We need public figures like James Caan and Lord Young to bring entrepreneurship to the forefront. As an ambassador, I feel that I am there to support them and hopefully show students a real life example of someone who is working day to day to build a brand and grow a team around them. I am delighted to be able to share my story and inspire others to take the same leap I did when I set up studentbeans.com when I was 22.