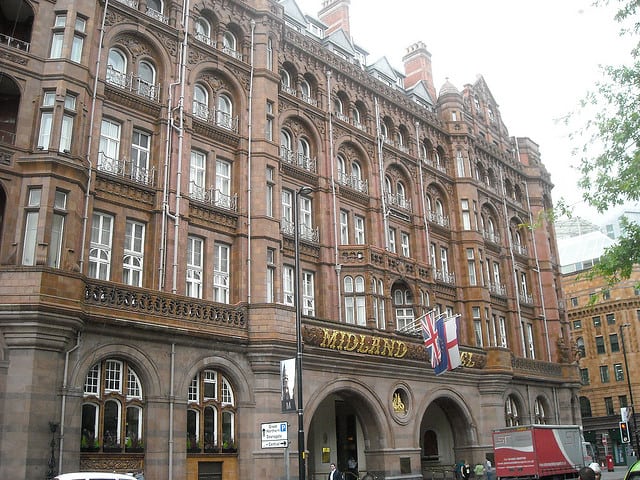 There is a stereotype of the Manchester food scene that we live in a culinary desert. The critics of the major newspapers visit every so often and write patronisingly of the trends that are years behind London, or the restaurants clearly aimed at footballers rather than foodies. It seen as surprising that such a large and cosmopolitan city should have no Michelin stars at all, and to some this is clear evidence that we can provide little beyond curry and clubbing. Well this is something likely to change in the very near future, as this year, two restaurants are opening that have both been tipped to finally regain a Michelin star for Manchester.

Aiden Bryne has gained reknown as the youngest chef to gain a Michelin star (aged 22, which is slightly depressing when I consider my own culinary skills.) You may remember him from Masterchef Professionals a few years back. He will be cooking at Manchester House, in a restaurant by the same people as the Alchemist bars, Australasia and The Grill on New York Street, so it is sure to be modern, beautifully designed and have fabulous cocktails. Even more exciting is Simon Rogan’s two new restaurants due to be opening at the Midland Hotel. His food is the epitome of modern British – seasonal, using unusual herbs and innovative combinations with ingredients grown at his farm in Cumbria, which is next to his main restaurant L’Enclume, which not only has two stars but last year was judged 10/10 by the Good Food Guide, an accolade only Heston Blumenthal’s Fat Duck matched.

So it looks set to be a good year full of glittery awards for Manchester. The only question is, do we really want them? Is this kind of dining relevant to the Manchester food scene? “Fine Dining” as dictated by the Guide tends to involve fussy service, shockingly expensive wine and food served in tiny, albeit pretty, portions. While this is clearly not always the case, as in Rogan’s L’Enclume for example, the focus on these standards as a way to judge the Manchester food scene seems bizarre. To import Michelin-defined fussiness (and pricing) to the North, just for recognition from a putatively outdated guide seems bizarre and unnecessary, siphoning investment, custom and attention away from the brilliant restaurants we already have. It is absolutely the case that northern food should gain more recognition, we have some of the best produce in the country, and hundreds of chefs are doing brilliant things with it. Ok, so we haven’t had a Michelin star since the 1980s, but that’s irrelevant!  It just means we don’t have an abundance of over-priced fussy restaurants. It is a positive thing if incredible and talented chefs choose to open restaurants in Manchester, but if they are merely formulaic Michelin bait then I’m not sure we want them.