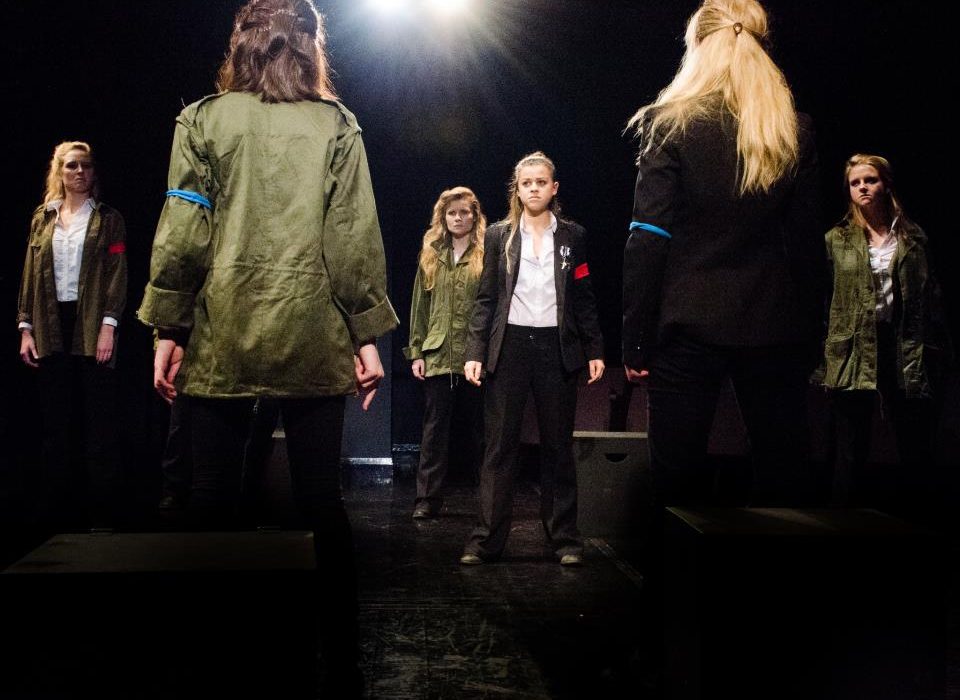 Mother Courage and Her Children

The Library theatre company performs Tony Krushner’s adaptation of Brecht’s classic piece about the relationship between war and business set in the Thirty Years War, fought across mainland Europe in the 1600s. It depicts the extent to which Mother Courage is willing to go to make a profit from war and protect her children.

Christopher Sergel’s adaptation of Harper Lee’s renowned novel the drama explores race and prejudice in the America’s deep south during the Depression.

‘Paper Shield’ follows the story of a young journalist who has just started his career at the biggest selling tabloid in England. The newspaper is covering the high profile case of Sammy Norton; a young girl whose recent kidnapping has touched the hearts of the nation. The drama follows Nick’s devloping involvment with the case which borders on obsession. He eventually spirals out of control and surfaces amidst one of the nation’s darkest scandals.

Set in 1913 and with war with Germany imminent the drama follows Rudyard Kipling’s determination to send his myopic son to war, something which triggers a bitter family conflict. The conflict leaves Britain’s most renowned patriot devastated by the warring of his own greatest passions; his love for children – above all, his own – and his devotion to King and Country. The piece accurately details the effects warfare has on those left behind and the personal battles that rage when one is forced to balance a sense of duty with love of a child. My Boy Jack is a moving account of the anguish at the heart of the well renowned literary figure.

Tags: MIFTAs, Mother Courage and Her Children, must see, to kill a mockingbird, what's on