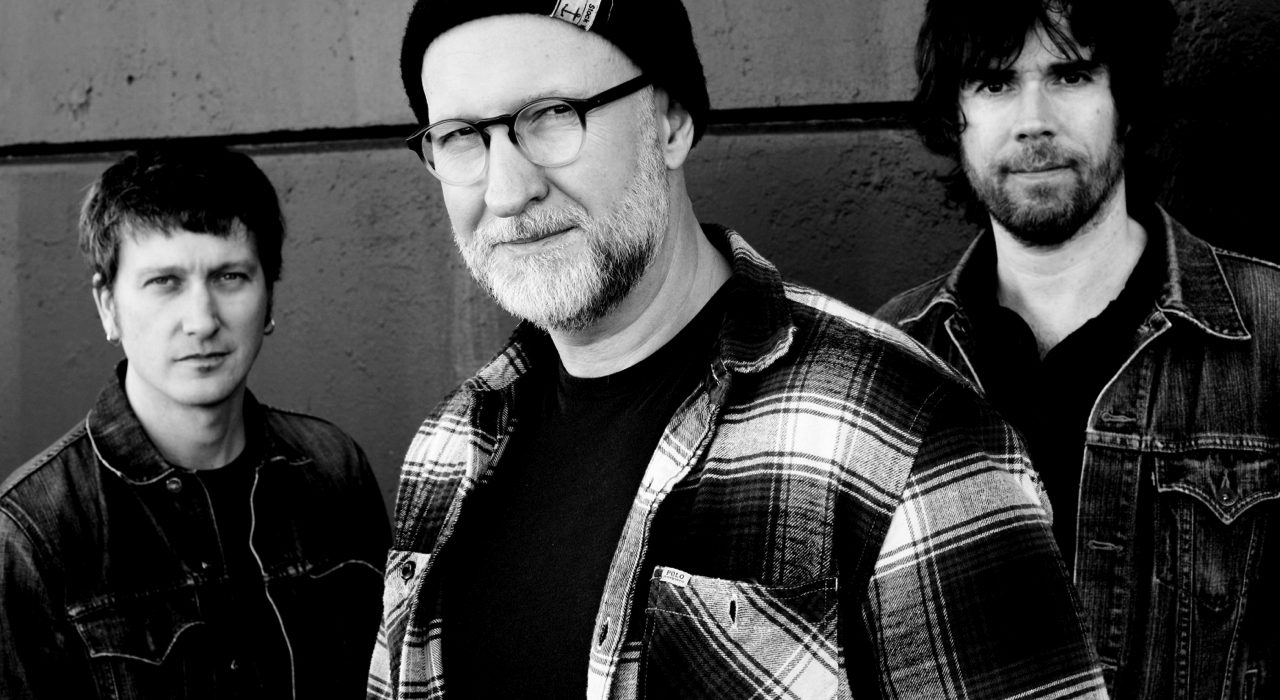 “I know Kurt was a fan of the band, and I know Dave was too. I think that’s why I was one of the names being thrown around to potentially produce what eventually became Nevermind.” The band in question is Hüsker Dü, and you can probably forgive their former frontman, Bob Mould, for sounding a little blasé about having had such a profound influence on one of the biggest rock bands in history; it’s not as if he isn’t used to it. Nirvana’s bassist, Krist Novoselic, once described their sound as “nothing new; Hüsker Dü did it before us”, whilst Kim Deal joined the Pixies by responding to an ad by Black Francis that called for a female Hüsker fan. Those are probably the most prominent examples of Mould’s influence, but it wouldn’t be too controversial to suggest that any band that bonded over a love of alternative music in the late eighties wouldn’t have taken at least a few cues from Dü.

Mould’s recent return to the spotlight has been triggered by a host of career developments, from penning a fascinatingly forthright autobiography, See a Little Light – The Trail of Rage and Melody, to a collaboration with the Foo Fighters both in the studio and onstage. His other band, Sugar, reissued their classic Copper Blue, and when a handful of solo shows to support it culminated in a star-studded celebration of Mould’s career at the Walt Disney Concert Hall in Los Angeles, he decided it was time to write some new material.

“A number of things happened over the past few years that made me want to make a record like Silver Age. The twentieth anniversary of Copper Blue was looming, and we went out on the road and played it live, and I really reconnected with that sound – it was a real blast playing those songs again. After having devoted three years of my life to writing the book, I felt like it might be nice to make a pop record that was just straight-up, short, fast, loud guitar songs. The other thing that was a key contributor was the work I’d been doing with the Foos – I went out and played with them a bunch of times and DJed at some of their shows too. Getting up and playing with those guys just reminded me that I loved making that kind of music. I fell back into it really naturally.”

Mould’s output in the years since Sugar’s split in 1996 comprises a musically-diverse body of work, and that’s without even mentioning a brief stint spent as a scriptwriter in the professional wrestling business, for WCW. An electronica-infused LP, Modulate, met with a decidedly mixed reception; after years of experimentation, you have to assume it might be a struggle to return to more conventional guitar songs.

“It was pretty easy. Actually, it was so easy that I didn’t really think about it. I think I’d gradually been moving back towards guitars over the course of the last three solo records (Body of Song, District Line and Life and Times). Each of those three albums was moving towards a loud guitar sound, although there was some electronic stuff in there too.”

“I did write a couple of songs purely with the intention of getting my feet wet, but truth be told, most of Silver Age was written in December of 2011, right after I’d done so much positive stuff – a ton of book promotion, the Disney Hall tribute show, and having been out on the road with the Foos. I had a good head of steam, a lot of energy. I think over the past ten or so years, a lot of people liked to think, “Oh, Bob went off and DJed and did a load of electronic stuff”, but actually I was making solo records with rock bands, so it wasn’t as abrupt a shift as you might think.”

Nirvana’s admiration for Hüsker Dü and Mould’s links to Nevermind seem to suggest that a collaboration with Dave Grohl was bound to happen at some stage, although it wasn’t until fairly recently that the pair finally became properly acquainted.  “In 1991, right before Sugar started up, I spent the summer doing a lot of touring in Europe, playing shows with Dinosaur Jr., Sonic Youth and Nirvana, so there’d been a familiarity there already. If we fast forward to 2008, that was the first time that me and Dave actually sat down and talked properly, in Washington D.C. – we were both part of a show that was celebrating a famous local venue there, the 9:30 Club. He ended up reaching out to me when they were recording Wasting Light in 2010, so I went down and worked on the song (‘Dear Rosemary’) and we wrote the bridge together.”

Describing those sessions, Grohl spoke of how “everybody was sort of startstruck”. According to Mould, though, it was by no means a one-way street. “There were two big highlights of that session for me – one, getting to meet Pat Smear (Foos guitarist). I was such a Germs fan, so that was awesome. The other great thing was finally getting to work with (producer) Butch Vig again – I think it was the first time since 1984. You can probably see how it worked, with all these old contacts; it’s pretty amazing that we’ve all managed to stay at the same craft all these years. It’d make for a great reality TV show, actually.”

Of no small importance to the development of a record produced as fast and furiously as Silver Age was Mould’s ability to call upon his now-established live band when it came to recording. “Well, Jason Narducy plays bass and we’ve been friends for at least a decade now. I worked with him in the nineties when he was doing an acoustic duo thing with a cellist called Alison Chesley; they became a group called Verbow, I produced their record and we’ve been touring together on and off ever since.” Jon Wurster, a member of Superchunk and The Mountain Goats who moonlights as one of the funniest musicians on Twitter, is currently behind Mould’s kit. “I met Jon back in the Superchunk days, but we didn’t play together until 2008, when our last drummer kind of drifted off to do other things. It’s just fucking great to not have to think about anything, we just go up and do our thing – it’s gotten so effortless over the past five years. We’ve been playing a lot of songs that everybody knows from different eras, but those guys lend it a new sound, I think.  Plus, they’re fucking hilarious.”

Mould is speaking from his home in San Francisco, and he catches me a little off guard. Maybe it was the aggression I was so used to from those Husker Du records, or the physical power of his live presence, but I wasn’t expecting him to be so disarmingly friendly. It’s not difficult to see why the idea of publishing his memoirs has been in the pipeline for so long; he’s an engaging storyteller, consistently weaving deft timestamps  and neat anecdotes into our conversation.

“You might’ve heard of a guy called Michael Azerrad – he wrote a book called Our Band Could Be Your Life, and one about Nirvana too, actually. He was the first person I spoke to on record after Husker Du split up, in late 1999 or early 2000, I think, for his book. After it came out in the summer of 2001, I had a meeting with Michael and his editor at Little Brown, who’d published the book. He asked if I’d ever thought about an autobiography, and my immediate reaction was, you know, “I’m only forty, it’s too soon!” It was kind of an open-ended offer and seven or eight years later, it seemed more feasible. I’d had more experiences, not just musically but obviously dealing with my sexuality and being out and more comfortable. I just thought it was time to tell the story before I started forgetting it.”

See a Little Light‘s most striking features are its brutal honesty and sharp attention to detail; just from reading it, you can tell it was a real labour of love for Mould. Having taken time away from music to focus on the book, how much of an impact did it have on his songwriting when it came to returning to the studio? “Silver Age was an absolute reaction to the book. You know, that process was three years of looking at stuff I’d been ignoring, and also three years of being painstakingly methodical about something and making sure every single word was exactly so. It was fun to just do something that was the antithesis of being so careful, and just putting a bunch of words together on a rock record.”

Further evidence of Mould’s lasting influence on the alternative scene is provided by his tribute show at the Walt Disney Concert Hall in November 2011, when an impressive array of musicians lined up to pay homage to his back catalogue; No Age, Ryan Adams, The Hold Steady, Spoon’s Britt Daniel and, of course, Grohl were amongst those performing. “The Disney folks got hold of my manager at the start of the year, just as the book was ready to come out, and said they’d love to do something to mark it, and this was the first idea that came up. I’d been involved in similar shows at Carnegie Hall in New York – one for Bob Dylan, one for R.E.M. and one for The Who – so I was already familiar with the concept. We got together with those guys and put a wish list together of people we wanted to get involved, and, incredibly, most of them came through. It was just a really fun night, a real celebration. I played a couple Husker Du tracks with No Age, and then the keystone of the whole thing was me playing a bunch of songs with Dave. It really brought home how lucky I am to get to hang out with my friends and keep making music.”

This upcoming European run includes a handful of UK dates, Mould’s first for more than five years.  Advancing years seem to have had little bearing on his stage manner; he continues to play as if nobody’s watching, with an arresting vitality absent in plenty of frontmen half his age. “All the other stuff I’ve been doing these past thirty years really has no bearing – it’s all about those ninety minutes onstage. I can’t pretend the road doesn’t get a little longer every time we go out on it, and I wish, at fifty-two, I could say I feel the same as when I was twenty-two, but I know better by now. You’ve gotta take it a little easier so that you can put on a show every night. Just the fact that I can still come over and play to people who wanna see me – that’s enough for me.”