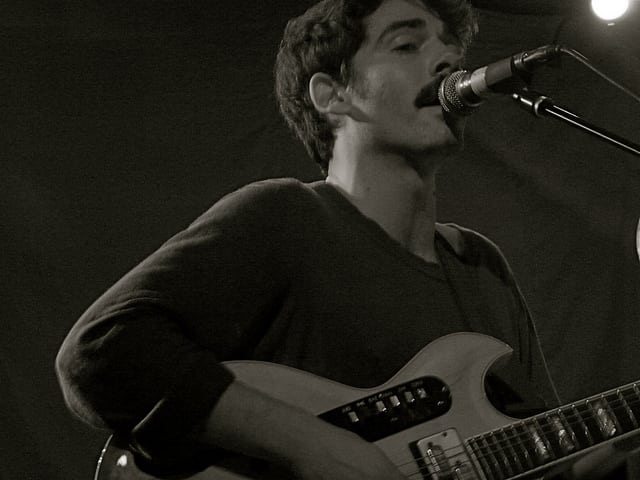 It’s a strange feeling when you walk away from a gig feeling that the headline act wasn’t as good as the bands which were supporting them on the night. In Local Natives’ defence the support bands are both established acts, with Cloud Control having just released their second album, and Breton on the cusp of releasing their second early next year.

Breton open the show with previous singles ‘Edward the Confessor’ and ‘Interference’. They have a unique sound, which is a blend between the sombre tones of Foals, and elements of electro from Hot Chip. We are treated to a few more pulsating grooves from their first album, but not before Breton play their recent single ‘Get Well Soon’, and another song from their upcoming second album. The new songs have a lush disco feel, with a driving funky bass and steel drums. Yes, steel drums. They can’t help but whet our appetites for album two.

Next up are Cloud Control. Most of the seven songs the four piece from Australia play are from their recent second album. Their unique psychedelic sound is built up of harmonic vocals, which are especially prevalent in ‘Dojo Rising’, and ‘Scar’. Luckily they haven’t completely turned their backs on their previous material, and they finish by playing ‘Gold Canary’, and ‘There’s Nothing in the Water’.

By this point the Ritz is filling up, and anticipation for the Local Natives is rising. When they come on, they play a set heavy with material from their second album, but it is songs from their first album, such as ‘World News’, featuring a cappella vocals and tight, jangly guitars, and ‘Warning Signs’, that bring the biggest reception from the crowd. However, while Local Natives have a good sound, few of their songs are big tunes which stand out from the rest. Luckily the Natives save the day by leaving their best songs such as ‘Camera Talk’, ‘Airplanes’ and ‘Sun Hands’ until the end, which revives the set and gets the crowd going. It’s just a shame they couldn’t have kept this energy going throughout the set.