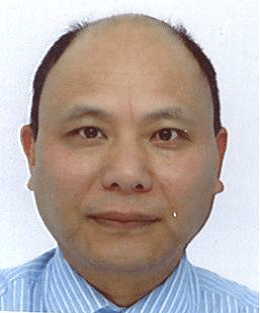 40 years for murderer of MMU lecturer and family

A businessman has been sentenced to life with a minimum sentence of 40 years for murdering an Manchester Metropolitan University lecturer and his family in a revenge attack.

Anxiang Du, 54, was found guilty of stabbing to death Jifeng “Jeff” Ding, a senior lecturer in the Division of Chemical and Environmental Science at Manchester Metropolitan University, along with his wife Helen Chui and daughters Xing (also known as ‘Nancy’), 18, and Alice, 12.

Although Du initially pleaded guilty to manslaughter on the grounds of diminished responsibility, the jury found him guilty of four counts of murder.

“This was a heinous crime, committed by a man who knew what he was doing and went with a plan to kill an entire family in cold blood.”

He added, “While the result today has been successful, we remain sorrowful and cannot lose sight of the fact that a family, including two very talented young girls, had their lives tragically taken away from them.”

During the trial, the jury heard that Du had travelled to the Ding’s family home in Northampton on 29th April 2011, the day of the Royal Wedding, and “massacred” them.

Du demanded money from Jeff Ding before stabbing him a total of 23 times. When his wife Helen tried to stop the attack Du stabbed her 13 times.

After hearing a noise upstairs, Du proceeded to one of the bedrooms where Xing was stabbed 11 times and 12 year old Alice was stabbed four times, including once to the heart.

Du then slept for a short time in the house before stealing the family car.

After fleeing the country, Du was found in Morocco in July 2012 and extradited back to Britain to stand trial.

Du and his wife had been business partners with the Ding’s, opening a herbal medicine shop together in 1999. However, in 2001 Du was accused of stealing money from the business, leading to a series of bitter court disputes.

Helped by their friend Paul Delaney, the Ding’s won the court battle against the Dus, leaving Anxiang and his wife with a bill of £88,000.

The day before the murders, Mr Delaney’s solicitor delivered an injunction to the Dus, freezing their assets.

During the trial, prosecuting counsel, William Harbage QC, said: “Du made a plan and carried it out with ruthless efficiency.

“Having massacred the Ding family, he stole their car and went looking for Paul Delaney. Fortunately for Mr Delaney, Du did not find him.”

Mr Delaney has since died of natural causes.

Earlier in the trial, the playing of a 999 call from the mobile phone of Xing Ding, an A-level student who had secured a place to study medicine at university, caused several members of the jury to wipe tears from their eyes as they listened to the screams of both girls before the line went dead.

Sentencing Du, Mr Justice Flaux said: “There can be no doubt that this was savage butchery on your part.

“Not content with the slaughter of the parents downstairs, you then went upstairs to the back bedroom where the two Ding girls were cowering.

“It is apparent from the fact that Nancy’s mobile made the 999 call, that they had heard what was happening downstairs and she was frantically trying to ring the police for help.

“At that moment it seems you came into the room and within a short period of time you had also murdered those poor defenceless girls.

“It is clear from their terrible haunting screams on the 999 call that it was during that call that you murdered them.

“Alice, who was only 12, was on her bed, curled up, no doubt in a futile attempt to get away from you. There was no struggle.”

Mr Justice Flaux defended his decision not to give Du a whole life order, citing a recent European Court of Human Rights ruling that such orders breach human rights.

At the time of the murders, a spokesperson for Manchester Metropolitan University said that the university was “shocked and saddened” by the news, describing Jeff Ding as “a popular and dedicated member of staff.”

They said:  “Jeff will be very sadly missed by all his colleagues in the Division of Chemistry and Environmental Sciences, all our staff, students and his friends at Manchester Metropolitan University and by the wider academic and research communities.”