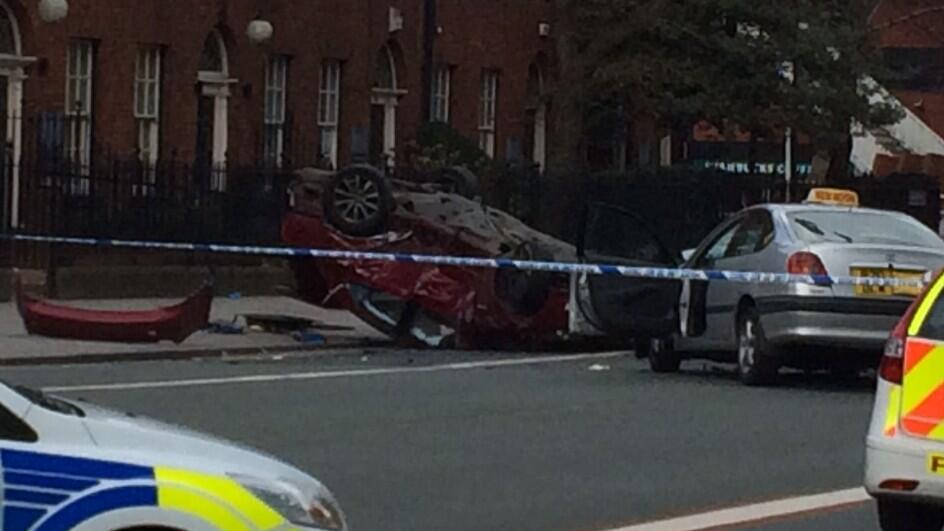 A red Lexus was overturned, with two trapped inside, after colliding with a taxi. Photo: Michael Williams

Man in serious condition after car overturns on Oxford Road

A man is in a serious condition and another remains in hospital for treatment after a car crash on Oxford Road.

The collision, between a red Lexus and a silver Toyota Avensis taxi, saw the Lexus completely overturned with two people trapped inside.

The Lexus passengers were both cut free from the wreckage by fire services, and the 24-year-old driver was taken to the Manchester Royal Infirmary where he continues to receive treatment and is said to be in a serious condition.

The driver of the taxi, 48, suffered fractured ribs and also remains in hospital for treatment.

The incident happened at around 10.35am outside the Kilburn building, and police are appealing for witnesses.

Police Constable Pete Cunningham, from GMP’s Serious Collision Investigation Unit, said, “We are investigating the circumstances leading up to this collision and are appealing for anyone who witnessed the incident to call us as soon as possible.”