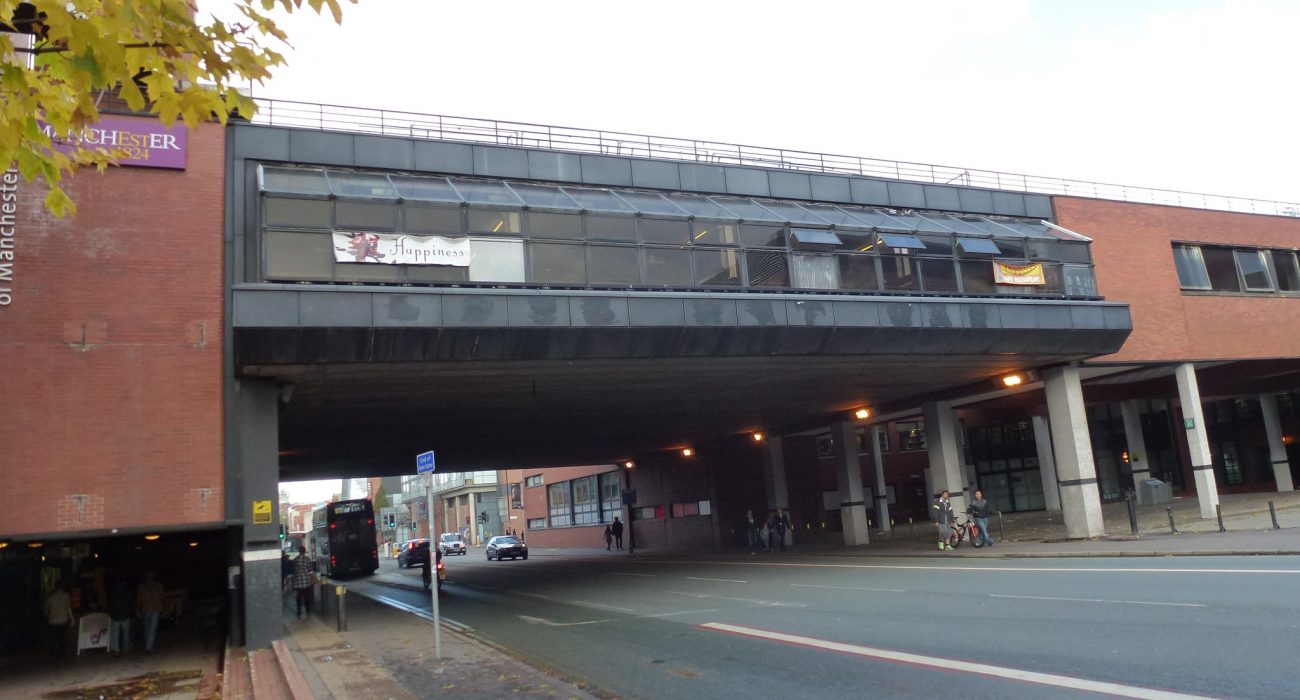 A University of Manchester student was attacked after being “stalked” for over one mile along Oxford Road by a gang of seven.

The 20-year old female student suffered an attack described as “ferocious” by police, being kicked, punched and stamped on.

The victim was walking home from a friend’s house in Fallowfield at around 11pm on Wednesday 5 March, and had walked down the Curry Mile to near St. Peter’s Chapel.

She was listening to music in headphones, rendering her “oblivious”, according to police, and she was followed and set upon by the group who were “acting like animals stalking their prey”, according to Detective Sergeant John Robb of Greater Manchester Police.

“The offenders followed her for quite some distance before striking in an area they thought was more isolated than any other part of the route she had taken,” said Detective Sergeant Robb.

Two men stopped to intervene after what Detective Sergeant Robb called “a vicious, premeditated and sustained attack on an innocent woman.”

Footage shows them run onto Wilmslow Road from Dickenson Road, then cross over Wilmslow Road and head in the direction of Platt Lane.

At 11:18pm the victim is seen on the same CCTV camera walking up Wilmslow Road towards Rusholme.

As she crosses Dickenson Road the gang appear on camera behind her and start to follow her.

After approximately one mile, as she walked beneath a bridge close to St Peter’s Chapel, one of the offenders approached her from behind, grabbed her hair and dragged her to her knees.

She was struck repeatedly in the face as she fell further to the ground.

As she lay defenceless on the ground one offender grabbed hold of her legs to prevent her kicking out while other offenders continued to kick, punch and stamp on her.

The victim was taken to hospital for treatment to her injuries, which consisted of severe bruising. Detective Sergeant Robb said the attack could have been a lot worse.

“It is only by sheer luck more than anything else that this woman did not suffer more serious injuries, such was the ferocity of the attack,” he said.

After the attack, the group of girls made off in the direction of Upper Brook Street after meeting up with some males. Police say they are sure they will catch the offenders.

“We have already reviewed dozens of CCTV cameras and I am absolutely confident we will identify these girls so I would urge them to come and give us an account of what happened before we come knocking on their doors,” Detective Sergeant Robb said.

“I want to reassure the community that such incidents are rare and these offenders will not get away with what they have done.

“I believe the victim was oblivious to the fact she was followed for such a long distance due to being distracted by listening to music and I want to remind people just how important it is to be aware of your surroundings, especially when out walking alone at night.”

Police are appealing for anyone who witnessed any part of the incident, or who has any information, to come forward by contacting the police on 0161 856 4223 or Crimestoppers, anonymously, on 0800 555 111.