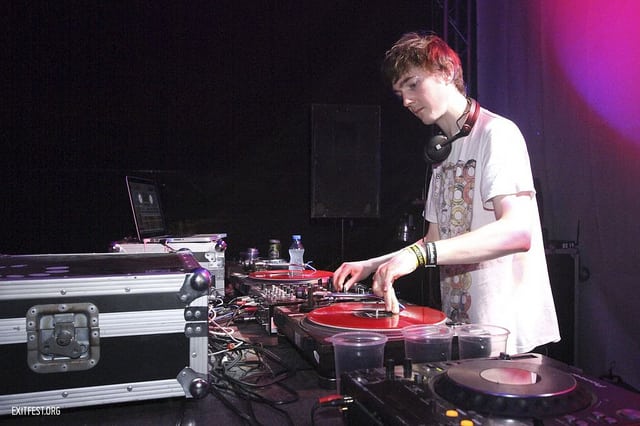 Zoo Project UK is still in its infancy; 2014 was only the third year of the Ibizan open-air club’s excursion into the festival fray and, with the best will in the world, it showed. Over the course of the weekend, something became clear that in retrospect seems obvious: except for the music, festivals and club nights don’t have a whole lot in common. The priorities they have to pursue and their metrics of success are entirely different and it turns out that experience organising the one doesn’t necessarily help you with the other.

A good club night, because it only lasts a matter of hours, can consume and bewilder you with its intensity. The requirements don’t extend much beyond a good DJ, decent sound system and a couple of fire escapes in case everything goes west.

A festival, on the other hand, is somewhere people live for days at a time. They eat and sleep there. It needs hidden corners and places to explore. It needs havens of daytime convalescence. Above all it needs an atmosphere as alien from the monotonous, stressful, uptight realities of our quotidian existence as possible. In the end, a festival probably needs hippies.

The strange chimeric coupling of the Ibiza club atmosphere with a bucolic English setting promised so much; after all, what’s great about British music and night-life owes so much to that island. But instead of a Balearic cornucopia of hedonism, it felt closer to a provincial town centre on a Saturday night, only with more drugs and fewer riot vans. Instead of providing an escape from the tension and vanity of the worst elements of the British clubbing experience, Zoo Project brimmed with them.

Before I get carried away, let’s make a few things crystal. Zoo has plenty of things going for it, not least the setting; a forest in Donington Park, Leicestershire. Except for the main tent, the stages were set into clearings and when night fell, they were framed by walls of foliage illuminated in a rainbow of colours. At times it looked pretty magical. At the main stage, a troupe of dancers in animal costumes took turns, throughout the day and into the night, treating the crowd to carnivalesque routines, complete with fire breathing.

Although the line-up wasn’t exactly adventurous, there was more than enough good music to keep most people happy over the course of the weekend. Sweeping aside for a moment Mike Skinner’s cringe-inducing garage and dubstep set on Friday – during which he murmured through the mike like an unwilling Butlins red-coat – there was plenty to enjoy. After Skinner, Mala managed to revive the crowd from its lapse into catatonic boredom with some lively reggae and dub, and props to anyone who drops ‘Skeng’, obviously.

At the same stage on Sunday, we were treated to some proper musical virtuosity in the form of the Nightmares on Wax crew, who accompanied four hours of mellifluous downtempo records with a full live band. Their set was a joy to dip in and out of.

As for the big-name DJs, none of them disappointed. Sasha and Groove Armada both demonstrated that they didn’t get their big-beat reputations from nowhere. There’s a kind of majesty to the sight of a crowd being whipped up into such a frenzy and thrown around like a rag doll. Groove Armada in particular really did make it feel like Saturday night on the White Isle at times, with the powerfully intoxicating synthesis of big room party bangers and a mind-blowing light show. It was completely, joyously devoid of subtlety or innovation, which didn’t matter because a crowd only reacts one way when it hears, “The sound of the Groove Armada, we Superstylin’!”. Elsewhere, Ben UFO and Midland showed their class with an eclectic, funky B2B set – the former especially deserves his reputation as one of the consistently imaginative selectors on the circuit.

So with all this good stuff, you might ask what there is to complain about. An illustrative example could clarify things. The stand-out set of the weekend came from Panorama Bar resident Tama Sumo, who transitioned effortlessly from jubilant disco classics into bleeping, clanking techno, in perfect sync with the sun falling on the Leicestershire day. It was mesmerising, and would have been even more so, except the volume was pitifully low and the tent was half empty.

For much of the time, Zoo felt so close to being really good, but somewhere between the terrible food, pointless fairground rides, laddish atmosphere and animal-pen style camping area, it lost its way. The few attempts to make things more ‘festivally’, like the “We Love You” sign over the arena exit, just seemed achingly contrived and tacked-on. Given time and a bit more trial and error, Zoo might find its rhythm. Let’s hope it does because at the moment it feels like little more than a cash cow. And what is the point of a cow in a zoo?