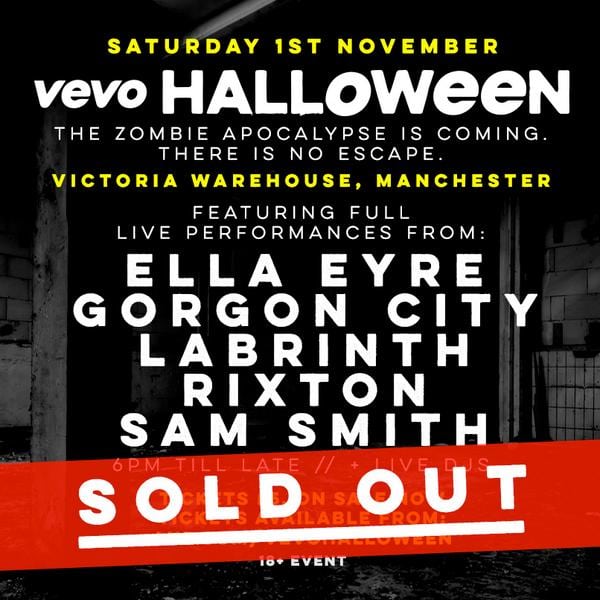 From the oh-so-scary bunting to the worryingly green and orange food in every single shop, Halloween is coming. That means so are the Halloween-themed nights. Perhaps one of the biggest nights happening over the Halloween weekend is the VEVO Halloween Party at Victoria Warehouse.

Though there are many top-class acts at the event, the one I am looking forward to the most is Gorgon City. For someone who missed out on tickets to see the duo at Warehouse Project, this event is absolutely perfect.

If Gorgon City, plus acts like Sam Smith, Ella Eyre and Labyrinth, aren’t enough for you, then the Zombie theme and the venue’s slightly creepy abandoned warehouse feel should definitely get you into the Halloween mood.

To enter the competition, head on over to Facebook page and share the link to this article. Don’t forget to like the page to be in for a chance to win one of two pairs of tickets for the night!