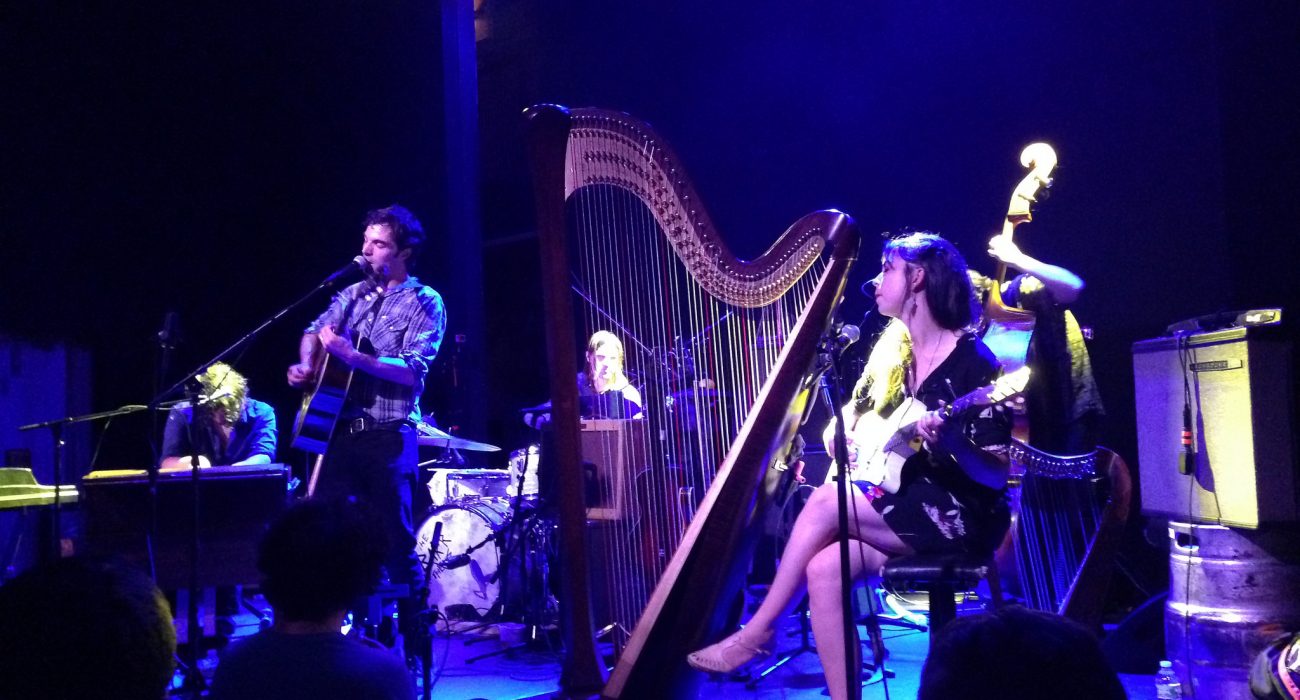 Canadian Folk outfit The Barr Brothers provided a truly memorable set at a heaving and warm Castle Hotel in Manchester’s Northern Quarter, following the release of their second album Sleeping Operator earlier this month. The new album shows the band developing a more polished and powerful sound with skilled songwriting to match. This is evident with opener ‘Love Ain’t Enough’ which immediately takes hold of the crowd with its driving bassline and warm guitar-work.

Their music seems the ideal solution to a cold autumnal night with its organic and soulful folk vibes. ‘How the Heroine Dies’ typifies this with beautiful vocal harmonies and harp-playing provided by Sarah Page. In fact, every member of the band proves themselves as a skilled instrumentalist. Brad Barr’s pure and heartfelt vocals are complimented by his varied and accomplished guitar playing with a controlled rhythm section provided by drummer Andrew Barr and bassist/keyboardist Andres Vial.  ‘Come in the Water’ is a dynamic anthem and ‘Even the Darkness Has Arms’ is catchy folk foot-tapper, especially with the band being joined on stage by slide-guitarist Joe Grass who’s solos offer a creative instrumental break.

The mood is lifted with the organic blues-rock number ‘Half Crazy’ demonstrating the band’s willingness to experiment with sounds and genres. Their set carries on giving with the sing-along ‘Beggar in the Morning’ and the final song, perhaps appropriately named ‘England’ rounding a truly delightful gig. The Barr Brothers return to Manchester in January to play the Deaf Institute, a chance to see a delightfully soulful, foot stomping folk band.