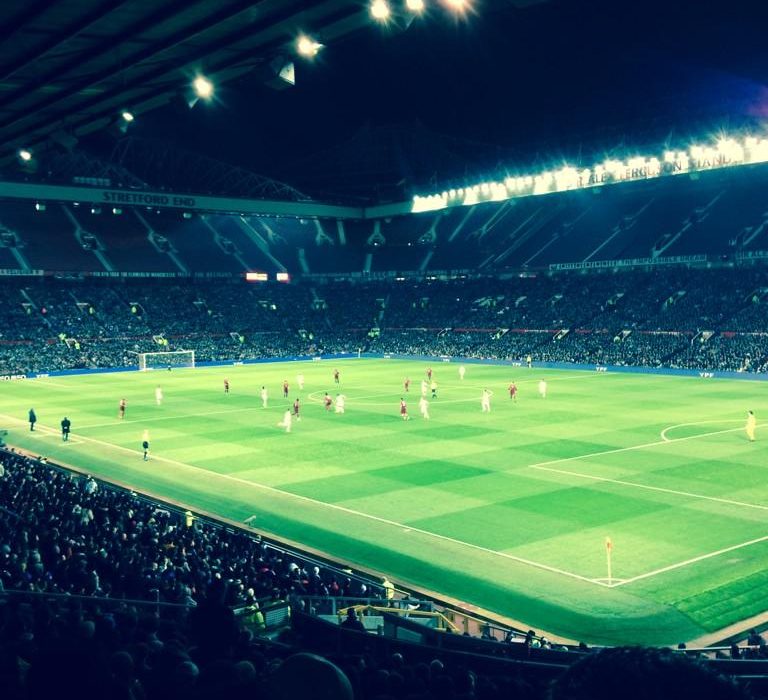 Messi and Ronaldo failed to light up a half-empty Old Trafford.

The epic duel between Messi and Ronaldo in Manchester lasted only 45 measly minutes.

Then, as if from nowhere, the DJ packed up, and it seemed as if he took the crowd, some of who had paid £60 for this nonsense with him. Few can blame the dishevelled crowd for losing their voice after half time. There were the inflated ticket prices, twice of what the Argentina match was at Upton Park last week. You also had to fork out £5 for a glossy programme, £4 for a plastic bottle of watery Singha and £3 for a stale pie. Then there were the clackers on sale outside by some guy with an IKEA bag full and half & half scarves just to add to the fun.

All of this could be forgiven if the football was at least watchable. But hauling off the two headline players after 45 minutes was absolutely unforgivable, and that act will ensure this match is remembered as nothing more than the biggest financial honey-trap in recent footballing memory.

Now we all understand that this was a friendly, that it was midweek, and nobody seriously expected Ronaldo and Messi to play the full 90 minutes, but at least 60 would have been nice, especially since both barely did anything in the first half.

For what it’s worth, the match was fairly entertaining for the opening exchanges. This had little to do with the actual football on display, more the crowd’s reactions to the ‘superstars’. Messi played the pantomime villain perfectly, getting jeered every time that he touched the ball. This didn’t seem to bother him too much though, and if this match was going to be used to help judge the Ballon d’Or winner, his contribution, little though it was, surpassed that of CR7.

Unfortunately for the Red Legion in the stands, the occasion seemed to be a bit too much for Ronaldo, who looked like he was enjoying being the Belle of the ball a bit too much and was totally ineffectual. His only decent moment was a bit of neat footwork in Argentina box before he blasted the ball over the crossbar.

The one certain thing that came out of the match however was that Nani, the Manchester United player currently in exile at Sporting, will never, ever, play for the Red Devils again. His first return to his old hunting ground after a summer move wasn’t one to remember, and the fact he escaped the litany of substitutions and stayed on the pitch for the entirety of the game severely limited fans enjoyment and he affirmed his place as the least popular left-back in Manchester. His only memorable contribution was a crunching tackle on Angel Di Maria, who luckily escaped a serious injury.

Di Maria, who wears Ronaldo’s old no.7 shirt, created a bit of noise mid-way through the second half after curling a left foot shot seemed for the entire world to be going in, yet was met by the big right glove by Rui Patricio. The save was probably the best bit of skill shown by any player on the pitch that night, considering he hardly touched the ball before the shot.

Yet the substitutions kept coming, and with Louis Van Gaal in the stands one can only think he wanted Di Maria to be taken off, and on came Tevez to a relatively mixed reception. But by this point the crowd, which only just filled the bottom tier of Old Trafford, were ambivalent by this point to care.

With 20 minutes to go an enormous Mexican wave broke out which went round Old Trafford at least five times. This was an omen that we weren’t the only ones in the crowd bored and disappointed with the quality of by game.

By time the deadlock and apathy were broken by Portugal’s Guerreiro, we were long on our way to the tram stop, wanting to get as far away from the Theatre of Dreams as possible, as subdued cheers sounded up behind us.