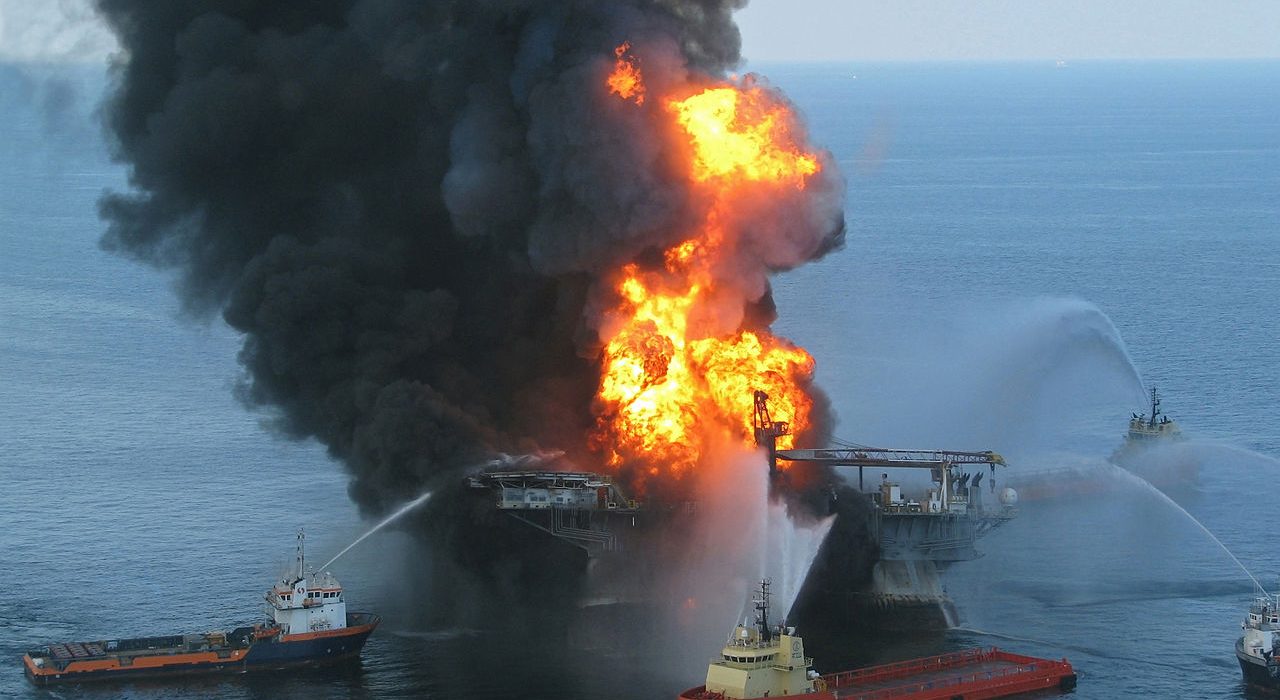 The Deepwater Horizon crisis that occured in 2010, which cost the university £2.28 million. Photo: ideum @Flickr

Despite criticism from politicians and campaign groups in the past, the University of Manchester still retains an enormous investment portfolio in the fossil fuel industry.

A series of freedom of information requests made by the Manchester Fossil Free Campaign have revealed that as of last April, the university still had 846,337 shares in fossil fuel companies, worth a total of £9,529,172. This is a total of half a million pounds more than last year, due to the investing over £800,000 in mining and trading company Glencore Xstrata.

In addition, the university has 117,612 shares in Shell, which are worth £2,963,822. A further £29.5 million is invested in the 10 FTSE 100 fossil fuel companies via the university’s pension fund in the form of equity and corporate bonds.

The FOIs also found that during the Deepwater Horizon oil disaster in April 2010, which killed 12 people and caused huge amounts of environmental damage to the Gulf of Mexico, the university’s 646,466 shares in BP cost them £2.28 million in endowment value losses by the end of June 2010. This, according to the Fossil Free Campaign, “highlights the massive volatility in share price, making the case for divestment economic, scientific and moral.”

The issue of the university’s involvement with the oil industry has caused controversy in the past. An expose in 2012 by The Mancunion made the case that by having 1.7 million shares in oil companies; the university’s contradicted its own ‘Policy for Responsible Investment’.

The policy states that with its investment managers, “the university will use its influence in an effort to reduce and, ideally, eliminate irresponsible corporate behaviour leading to… environmental degradation and human rights violations.”

At the time, Friends of the Earth, Greenpeace, and Tony Lloyd MP all spoke out in opposition. Yet the university has continued to invest in the industry, and until now the value of the shares was unknown.

In response to the release of the new data, a University of Manchester spokesman said: “The university has a Socially Responsible Investment Policy, which is a public document available on our website. The university’s investment portfolio is managed by one of the world’s leading asset management firms, and is reviewed annually against this investment policy.

“The terms of the policy were agreed by the university’s Finance Committee and by the Board of Governors, which both have Students’ Union representation. We do not hold any direct shareholdings, so any influence is brought to bear purely by our fund managers, and because they work on behalf of a number of institutions, they can bring much greater influence than a single organisation.”

The FOIs have also revealed that the oil industry has invested large amounts of money in the University of Manchester. Currently, the university receives £16.37 million of inward investment from BP, with the company also helping to fund the International Centre for Advanced Materials. Shell have also invested a further £4.74 million.

In a statement to the The Mancunion, Professor Colin Bailey, the university’s Deputy President and Deputy Vice-Chancellor, said: “Ignoring the global challenges of climate change and energy is not socially responsible and refusing any engagement with companies involved with fossil fuels is not the answer either.

“We are all dependent on energy produced from coal, oil and gas, so we must work with these companies to ensure this precious resource is not wasted, while using the latest research and techniques, together with regulation and investment, to reduce the impact any extraction of fuel has on the environment and ensure it is transported to its point of use without any waste and is used sparingly and effectively.

“In parallel, we continue apace to research and develop all low-carbon forms of energy, in terms of its source, transmission and use, with the ultimate aim of significantly reducing the world’s dependency on fossil fuels.”

The Manchester Fossil Free Campaign however insist that the university should “instead be investing in energy technology which can be used for generations to come.”

In a statement to the The Mancunion, Joel Smith, Activities Officer of the Students’ Union and member of the Manchester Fossil Free campaign, said, “this research shows the incontrovertible monetary links between the fossil fuel industry and the university. Despite the university’s focus on social responsibility, it’s disappointing to see that there has been little internal debate over the impact of supporting companies such as BP & Shell.”

Smith added further that students can “join us at 12pm outside University Place on the 13th of February to demonstrate for divestment from fossil fuels and can join 1500 other students in signing the petition at bit.ly/fossilfreemcr.”