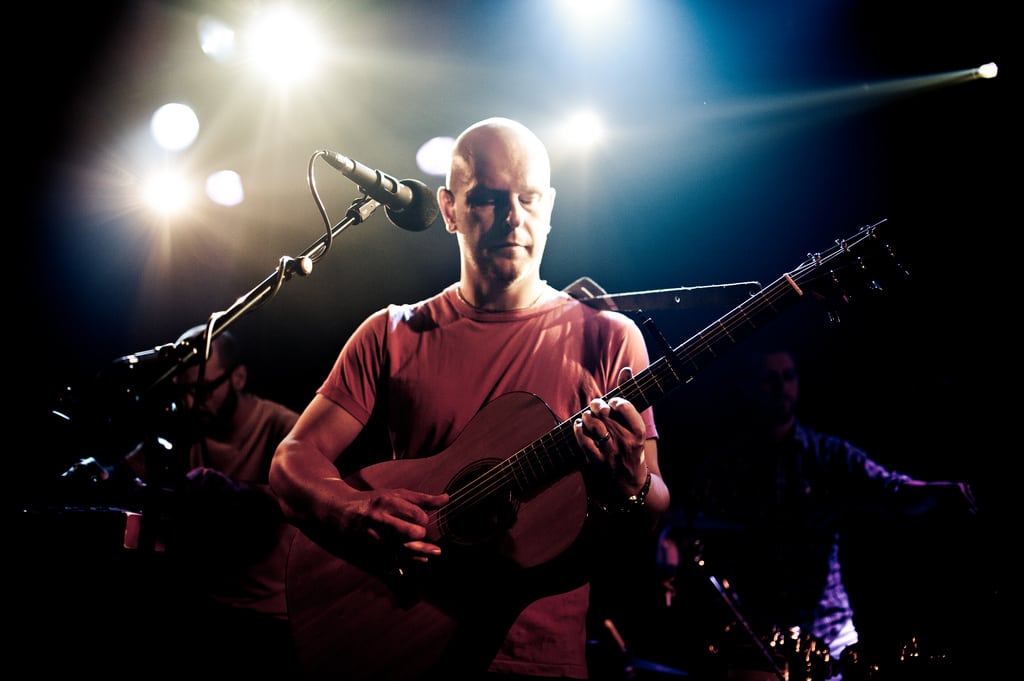 It’s Valentine’s Day, and the Radiohead drummer leads the audience through an intimate display of genius rhythmic pop, showcasing his debut Familial, and it’s follow up Weatherhouse. Playing to a packed crowd in the small Deaf Institute, Selway and his band open with a sparse, gentle one-two of ‘Miles Away’ and ‘By Some Miracle’, both drawing the audience in through ethereal electronics and samples, the latter adding delicate acoustic guitar to proceedings. But it’s when recent single ‘Around Again’ kicks in that the night really takes off, a jazz number led by a complicated, shuffling beat and gliding layers of synths and strings. ‘Around Again’ is the first reminder that Selway’s day job is a drummer for the most innovative and experimental band to hit the mainstream in the last twenty years–dominated by complex, flowing beats, with layer upon layer of percussion and rhythm, Selway’s voice typically the only real melodic element.

The music tends to alternate between quieter numbers and rhythm-dominated pop for the rest of the set, but somehow it never gets old–the complex polyrhythms and wide variety of sounds and instruments ranging from simple guitar and drums to vibraphones and even musical saw keep things interesting, holding the audience’s attention even as the general mood puts the audience into an ethereal, contemplative haze. The only exceptions to this are the set’s two closers – ‘It Will End in Tears’ begins as a mournful, funereal march, exploding into a euphoric, brass drenched finish, and the last song of the night ‘Let it Go’ (retrospectively renamed ‘I’m Over it Now’ by Selway out of shame) starts as the sparsest song of the night, before swelling into a full sing-along climax.

Selway’s voice shines too, he’s developed a gentle, delicate croon that morphs into ethereal harmonies with his band. Whilst similarities to Thom Yorke are inevitable, particularly with his frequent use of mantra-like repetition, Selway has generally found his own voice, a warm, intimate one that rarely rises above a whisper. As a performer, Selway perfectly fits the occasion, making calm, wry comments between songs and drawing the packed room in, making the night a truly special one.