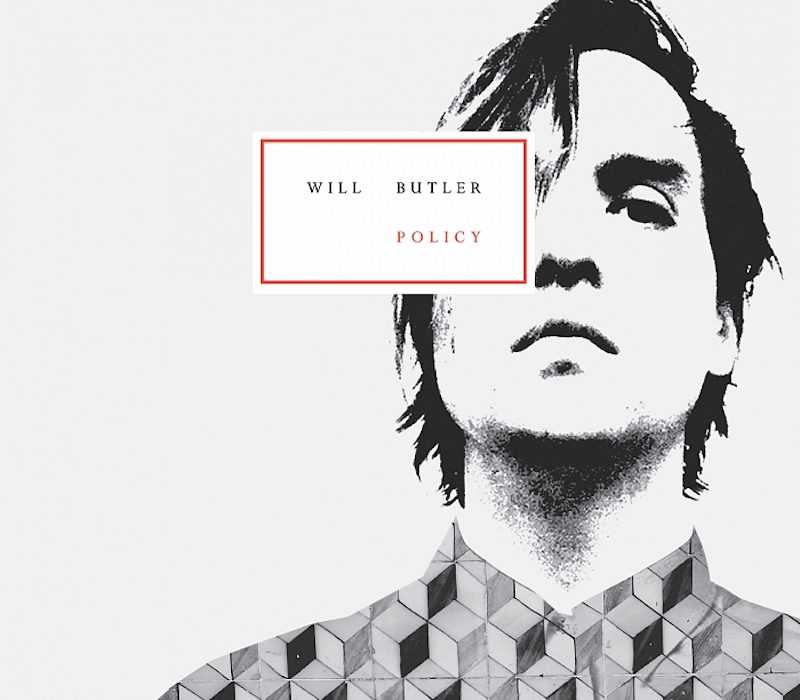 If Arcade Fire has a loose cannon member, it’s Will Butler. His many antics include setting fire to Regine Chassagne’s hair and splashing in a moat around the stage mid-‘Rebellion (Lies)’. He has also just released a solo album. It’s called Policy, and it’s pretty good.

In many ways, this feels like an album Will Butler was destined to make. It’s often as frantic and downright hilarious as his stage presence. Take ‘What I Want’—a thrashing guitar track chronicling desperate attempts to save a relationship. Its bizarre and violent lyrics involve cooking “pony macaroni” and getting pet alligators—how could you not find this entertaining?

At just over 28 minutes long, each track is totally different from the last. Policy moves from the synth stomp ‘Anna’, straight to ‘Finish What I Started’, a slow piano ballad. The range of the album is what makes it so enjoyable. You constantly get the impression Will Butler has had his ADHD medication replaced with Jelly Tots; his moving from the Pixies-style ‘Son of God’ and the wonky funk track ‘Something’s Coming’ makes you smile as you listen.

Policy also offers a taste of Butler’s more sophisticated side. ‘Sing to Me’ feels like it has directly come from his Oscar-nominated work on Spike Jonze’s Her. Here, he softly coos along with a stripped down piano sequence, backed up with a subtle orchestral accompaniment. The result is genuinely beautiful and moving, yet manages not to feel out of place with the rest of the album. A highlight!

If there is any major criticism of the album, I’m glad that Policy is only eight tracks long. With tingly pianos, sax solos and female backing vocals, you can only imagine how irritating elements of this album would be if it was 50 minutes long! It’s impressive how these parts manage not to come across as cliché, but considering how silly the rest of the album is, it’s no real surprise when they appear. Yet, you wonder if more interesting textures could have taken their place.

To sum up, Will Butler’s Policy was never going to be high art. Nobody expected some kind of grand statement. We got exactly what we expected—a big, dumb record. Yet, it is fantastic!