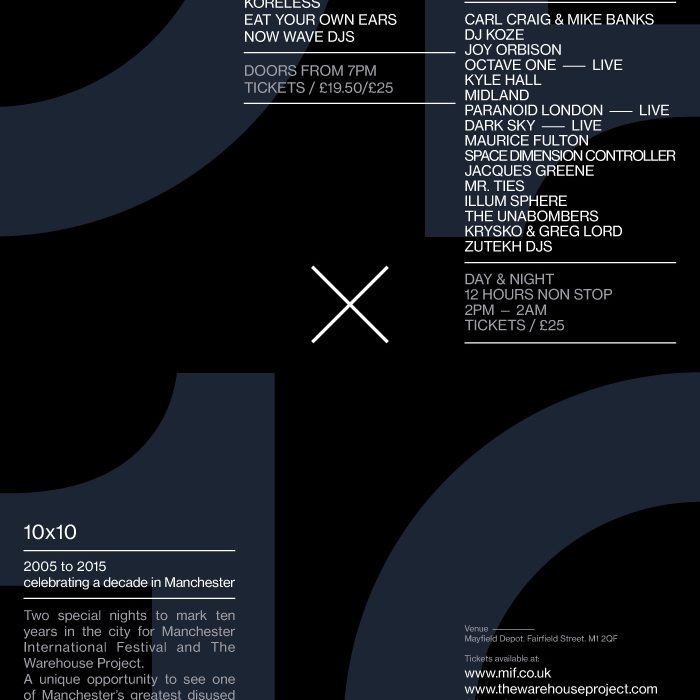 Warehouse Project mark their tenth anniversary this year. An institution of Manchester, the impact they’ve had on the Manchester clubbing scene in the past decade is incalculable.

Manchester International Festival also enters double figures this year. This has provided the perfect opportunity for MIF and WHP to team up and curate two whopping events, set to take place on 17th and 18th July in the Mayfield Depot. With the demolition of this building scheduled, these are one off experiences.

Friday night features a live performance from electronic innovator Four Tet, with support from Tyondai Braxton and Koreless. Saturday sees ten of the world’s most renowned DJs playing sets, including Carl Craig, DJ Koze and Joy Orbsion. There will also be live sets from Octave One, Paranoid London and Dark Sky.

Full details can be found here, with tickets on sale from 10am on 8th May.

The Warehouse Project have also announced two shows for 16th October. Jamie XX will play the Albert Hall and Major Lazer will play Manchester Academy, tickets are on sale now.