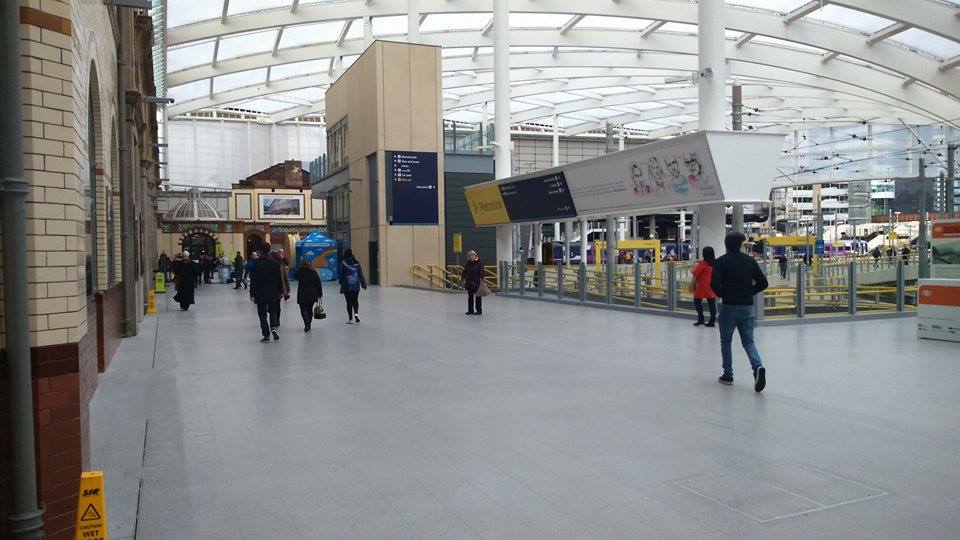 In what will be good news for students and commuters alike, Manchester Victoria station officially reopened on Tuesday after a £44 million overhaul.

The redevelopment includes three new tracks and four new tram platforms, with passenger figures expected to double to 40,000 a day.

The station is a crucial transport hub for destinations to the north and east of Manchester and now boasts a futuristic looking ‘bubble roof’. This is similar to the roof of the Eden Project in Cornwall and uses the same plastic, ETFE. This proved to be one of the more difficult aspects of the rebuild as the 400 panels had to be lifted into place by a 750 tonne crane, the largest in the country.

The previous roof had leaked since the IRA bomb in Manchester City Centre in 1996.

Speaking at the opening, Transport Secretary Patrick McLoughlin lauded the project as an example of the government’s ongoing ‘Northern Powerhouse’ project. He said “I want to congratulate everyone involved in this remarkable project. It’s now a symbol of opportunity, not neglect, and proof that this one nation government is building the Northern Powerhouse.”

He went onto discuss the investment currently being poured into the North West. “The North is receiving a wave of investment in its transport infrastructure on a scale not seen for generations, with £4.5 billion in the North West alone.”

In addition to being part of the Northern Powerhouse project, the redevelopment is also part of Network Rail’s ‘Northern Hub’ plan. With the claim of being the largest investment in Manchester’s railway network since the Victorian era, it aims to have 700 extra trains running everyday by 2019. It hopes to add £4 billion to the local economy, and create 30,000 new jobs.

After being voted ‘Britain’s worst station’ by the Department for Transport in 2009 it is hoped that, with the redevelopment now finished, the station can shake this tag off and become a symbol of fresh development in the city.