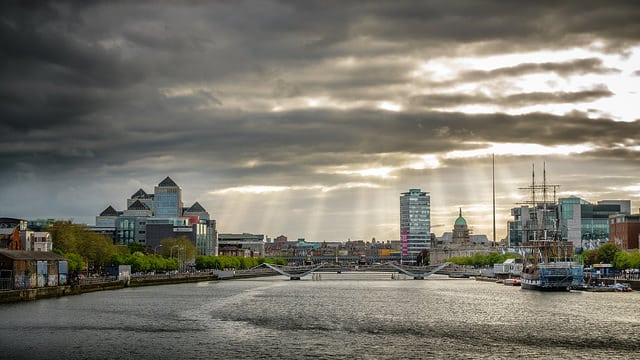 How to measure a nation

How much does Gross Domestic Product (GDP) affect you? Do you share in the celebration when the Chancellor tells you how much that figure has grown? Many of the statistics we are told are flawed, and there are plenty that are simply avoided.

The ways in which we measure and define national success are extremely important in how citizens understand, perceive, and react to the actions of governments. In this digital and highly observed age, there are statistics for almost everything. Yet, what the media, study groups, and governments report is narrowed down to a few recognisable sound-bite figures. This has a significant impact on the thinking of citizens, and can shape movements and discussions, from the grassroots to the high tables of global politics.

It may be argued that many of the measures we use today are signs of the neo-liberal and hyper-globalised era. GDP—the main culprit—acts as a useful method of grouping the entire output of a nation, and applying it to everyone’s lives. It ignores issues of inequality and the potentially damaging dominance of particular sectors, as finance arguably is in many western economies.

This is a convenience for governments that are less focused on using growth to improve the living conditions of the many, but instead show a preference to transnational corporations, showing might on the world stage of global economies, and arguably using national statistics as a subtle method of encouraging nationalism.

Forms of GDP per capita are not much more use. By simply dividing the figure between how many people live here, we gain no understanding of how that money is spread out in reality. Placing more emphasis on people’s actual incomes is far more beneficial. It is crucial that this figure involves the cost of living; otherwise it is useless in comparing progress in prosperity.

However, on balance, basic economic statistics are not the major problem. Although they definitely need tweaking, they serve as a fairly good guide of how the nation’s finances are faring. The recent fall in unemployment to 5.4 per cent, for example, should be welcomed, and is an example of an effective statistic.

But there are more pressing issues that are not adequately considered by the mainstream. Whilst the economy is a very important factor in a nation’s ‘success’, there should be far more consideration in statistics for the environment, and the social implications of policies.

There are a few voices for this broadening of statistics. Notably, Jeremy Corbyn, in an interview with YouTube channel Novara Media (‘Things Are Not Going To Be The Same In 2020’) declared that if he were Prime Minister, there would be a far greater range of statistics that would be presented—from energy consumption, to biodiversity, to inequality indexes.

This is, then, a political issue. The current Conservative government could present these types of figures; only its core vote cares little for them, and it would shine light onto previously buried issues, such as their U-turn on environmental policy since the election.

There are social measures that could be used too. Figures for homelessness, obesity, or mental health are examples of measures that could be made more prominent in government reports. It is very important that the public are more aware of the effects of the policies they have voted for, and the wider state of the nation.

More ambitiously, a national happiness index, such as is carried out in Bhutan, could be very useful. This may seem like a weak fad, but it has found some very interesting results. Unmarried and younger people are the happiest, the urban are happier than the rural, and (on average) men are happier than women. Having this kind of information readily presented, and then analysing it, could be useful for raising public awareness, organising grassroots movements, and further holding governments to account.

The index does probe a deeper question over what we seek from life. Do we want high output and high performance? Interestingly, it was found that the unemployed are happier than corporate employees, and that whilst primary education increases happiness, higher education does not.

These kinds of debates could be very useful for helping to heal society; where many trudge around in growing but miserable offices, breathe polluted air, and endure mental illness or social dislocation. The country may well be recovering from a recession in economic terms, but what for?

Goodcountry.org is an example of how countries might be alternatively ranked across all spectrums. Figures on health, economics, charity, trade, peace, education and more are averaged out to form an index. The index—as promoted by Simon Anholt’s accompanying TED talk—highlights the word ‘good’ as the opposite of selfish. He criticises nations that seek to only gain prosperity (and even happiness) for being selfish, and not looking outwards. Global problems require global solutions.

He argues, rather convincingly, that in order to tackle climate change, end war, find solutions to pandemics, defend human rights, quell the roots of terrorism, design methods of dealing with demographic changes, and a whole host of other issues, nations need to look outwards more, which should involve promoting the use of an index such as his.

An overhaul of measurement is required. For too long we have remained obsessed with growth and material wealth. From the global changes in our climate, to the stressed and depressed in our offices, we are measuring our nations and our world in ways that are so detached from the issues we face. The measurements need broadening, with particular emphasis on national happiness and observing what makes a ‘good’ country.