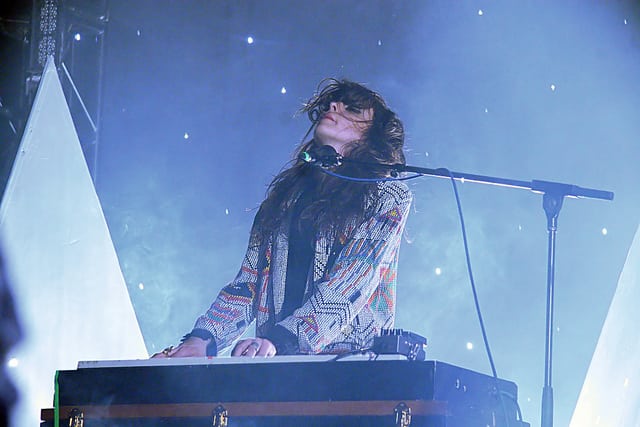 Call it a cohesive and distinct sound, call it sameness; it’s unlikely that anyone would praise Beach House for sonic diversity at this point. Yet, as the ‘reverb’ buzzed into oblivion and the flood lights faded up onto the hypnotised stares of the crowd, I was left reflecting on how varied their set had been.

This is not to say that anything felt out of place with their dreamy, smudgy performance. Dustin Wong provided the ideal support slot: Looping vocals, thrifty guitar riffs and clever utilisation of an insane array of effects, he created a continuous stream of bright and bubbly soundscapes, though the occasional lo-fi drum machine or digital jitter gave them gritty undertones. This dichotomy could sum up Beach House’s latest evolution, and whilst his set was impressive in and of itself, it primarily served to put everyone in the mood for the main event.

Even the pre-show music was designed to create the right atmosphere, though sounded a little like what might be played at a Wiccan’s funeral. Maybe it was a subtle way to hype me up further, because I was extremely glad when it subsided and the band entered in silhouette.

The rather lifeless and recently O2-purchased Ritz is hardly up there with Manchester’s best venues, but it is the right kind of black box performance space for a Beach House show. They began with Depression Cherry opener ‘Levitation’; a song which builds and unwinds. It pulled the whole audience through blank space and in to a trance, whilst light slowly flooded the translucent cubes that acted as their backdrop.

What appeared drab structures under house lighting proved to be quite the box(es) of tricks. We were continually dazzled, with projections being utilised in some of the dreamier moments and a sheet of LED stars flickering into life during ‘PPP’. This was one of a number of moments to provoke audible gasps, with the waltz-y song settling in to its groove and the whole crowd swaying in unison, like some otherworldly high school dance.

For a band whose approach could be described as minimalist, their show is elaborate not just visually, but sonically. Gone are the days where the duo would perform wielding only a guitar and a tinny synth/drum machine; they’ve toured with a drummer before and have a fourth musician providing bass guitar and additional synth work this time around. It does justice to the more layered approach they’ve taken on recent records and songs like ‘Myth’, ‘10 Mile Stereo’ and stupendous set closer ‘Irene’ sounded even more massive than they do on record.

At no point did they come across as garish, however, and if you’re looking for an energetic show, then this probably isn’t your thing. Once in place, they hardly moved for the duration of a song and crowd interaction was minimal. Their show, like their albums, thrives in subtext. Those rare moments when the musicians’ faces were lit. The addition of live drums halfway through a song to blow it wide open. The times when Victoria Legrand lost herself in a rapturous climax and began lashing her head around like a crazed conductor.

Furthermore, the pair did pay considerable homage to their minimal days, performing three songs from their pre-Teen Dream days and sending the rest of the band off stage to perform an intimate and encapsulating version of ‘On The Sea’. It wasn’t all float either; some of the best moments were when things got noisy. Putting aside performances of recent material that lends itself to this loudness, such as the feedback-dissilient ‘One Thing’; and the repeated outro of ‘PPP’ created a beautifully abrasive wall of sound. Victoria’s endlessly impressive voice rang out like a distorted guitar squeal during ‘Silver Soul’.

As much as I enjoyed this unexpected variation, I was left wishing to have heard more of their better known Teen Dream/Bloom era stuff and less of the ultra-old and ultra-new. I could, however, blame Manchester for this, since their online setlist creator has allowed fans to request songs for the gig near them and a glance at Setlist FM suggests that they’re actually using it.

I could also blame Manchester for the out-of-place chants of ‘Beach Hou-ouse’, which somewhat killed the mood. I must blame the band though, for the awkward “where are the ladies?” call and response they attempted to get going in retaliation.

And for the jarring set order. The subtle ‘Beyond Love’ followed terribly from Depression Cherry centrepiece ‘Sparks’, and relatively unknown ‘Saltwater’ was a deflating start to their encore. Overall, their new show will delight their considerable flock of devoted fans: The atmosphere was masterfully constructed, there were plenty of surprises, and those moments of sonic bliss beat my already considerable expectations. 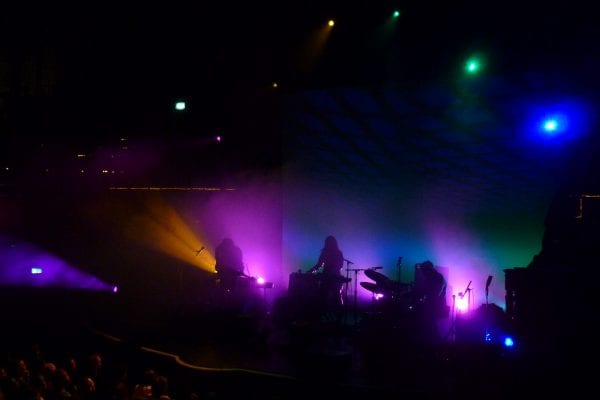 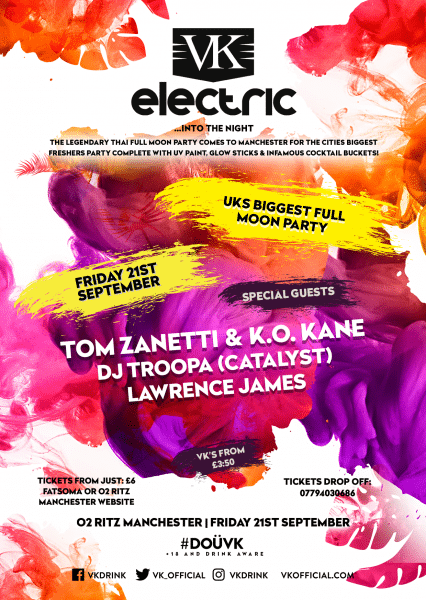 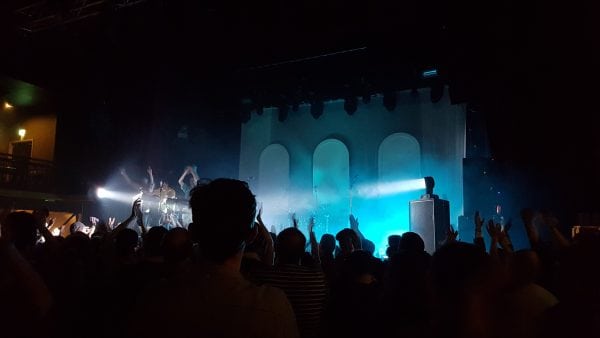