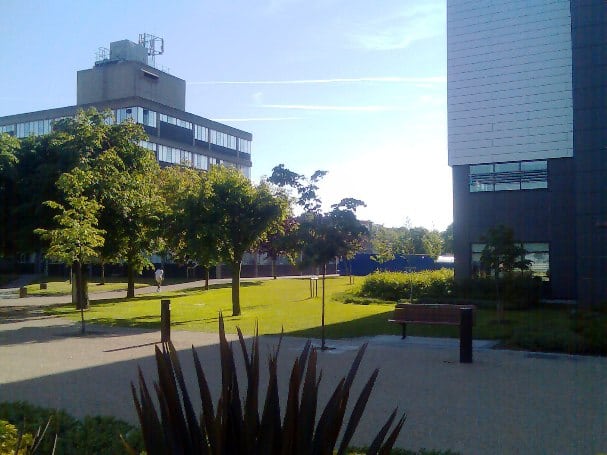 Brunel University recently hosted a debate on the welfare state featuring Katie Hopkins as a speaker. Just as Hopkins began to speak, around 50 of the students stood up and silently walked out of the lecture theatre, refusing to listen to her provocative views.

Hopkins had been asked to speak during the university’s 50th birthday celebrations, as a member of a panel debating the motion “Does the Welfare State Have a Place in 2015?” Given that Hopkins has previously compared refugees to “cockroaches” and has suggested using “gunships” to prevent mass migration into the UK, she was always going to be a very contentious and potentially unpopular choice.

In fact, several months ago, a petition was started on Change.org to swap Katie for 50,000 migrants—a request that now has over 60,000 signatures on it. Before the debate even began, the controversy was evident. The president of the Brunel Students’ Union, Ali Milani, said “the inclusion of Ms Hopkins has been met with widespread outcry from the student body and the Students’ Union.” Social media sites were full of Brunel students voicing their disapproval of the choice, with Twitter user Conor Sheehan, @ConorNotColin, writing “[I am] genuinely ashamed that my university would consider bringing such a vile woman here.”

As Ms Hopkins began to speak, the students stood up and faced away from her silently, some checking their phones, some simply declining to look at her. After being invited to return to their seats after around a minute, the students walked straight out of the lecture theatre, emptying it significantly and leaving the chairman of the debate understandably flustered.

Hopkins predictably believes that the students were in the wrong, stating “To those who debated openly – thank you. You give me hope our future is not entirely populated by closed minds.” What may be surprising however is that she did have some resounding supporters, such as Harry Dawes, who argued “These Brunel students are shameful, cannot handle a debate and an alternative opinion! I’m fearful for my generation!”

Nevertheless, the majority of people were busy stating their approval of the students’ actions. Hundreds of Twitter users weighed in on the debate, with Niall Breslin, an Irish musician and sportsman, saying “You can always trust the students to get the job done. Simple, effective.” In slightly less polite terms, user Rebecca Crow, suggested  “this is how you should deal with any troll-like creatures.”

After being involved in intense televised debates and fierce arguments with celebrities, from Lily Allen to Philip Schofield, neither the media storm nor the overt dislike from the public will be new to Hopkins.

You can watch the moment students walk out here