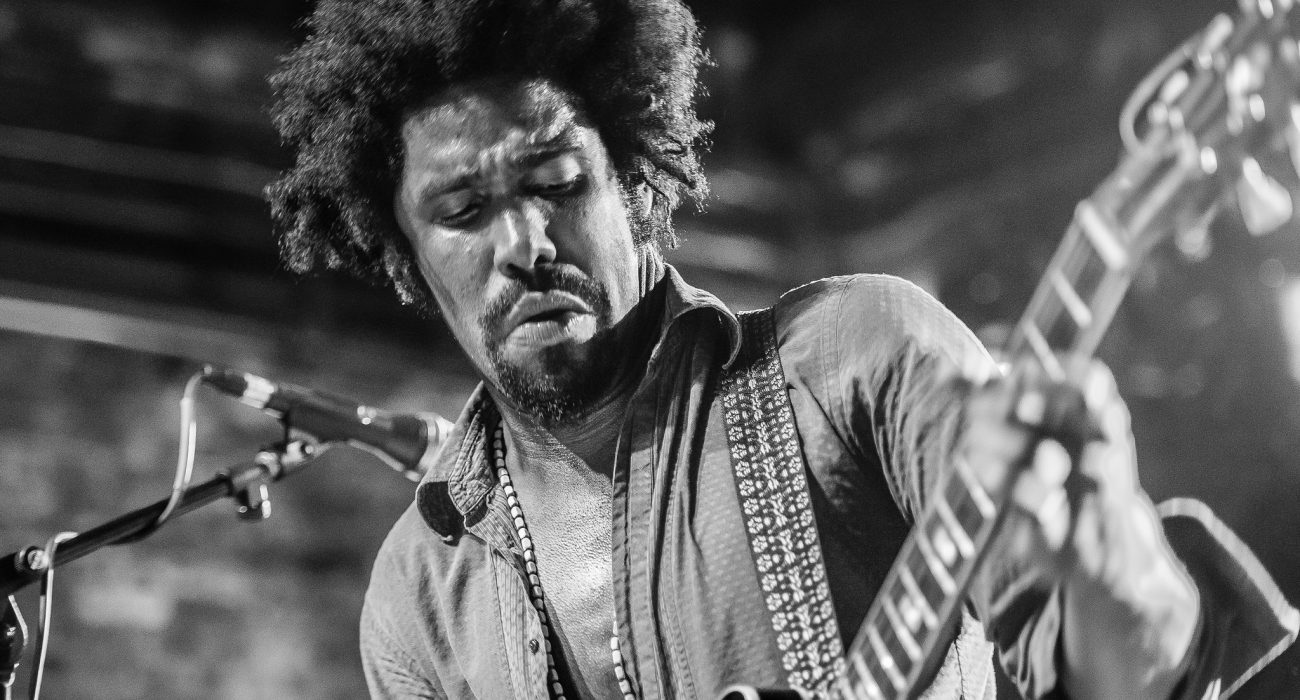 London Souls opened for Catfish and the Bottlemen. I was pleasantly surprised to be confronted with actual rock here, with both members of London Souls looking like they had stepped straight out of the 70’s and were trying to blend in. They managed to captivate a teenage audience interested in pop-rock with classic blues rock, and, taking into consideration that there were only the two of them, this was a feat in itself. However, although extremely accomplished musicians, the duo lack an artistic edge, and I feel as though this could be down to there being just the two of them; maybe if the London Souls had more of a musical range…they would have more definable style.

With a quick, “we’re the London Souls!”, frontman Tash Neal crashed into the set, covering their heavier songs straight away. With songs like ‘Honey’, ‘Alone’ and ‘Crimson Revival’ it felt like a band who have been influenced to such a degree by the likes of Jimi Hendrix and Cream that it crossed into the realms of copycat. The song that stuck out most in their set was ‘Steady’, which, although slightly reminiscent of The Beatles’ White Album in style, also felt the most original. Often, their set felt a bit overbearing for the audience, with a few going to get drinks, but the vast majority stayed and seemed to give the support their attention. What really set them apart during their set was the amount of texture they managed to achieve with just an ES-335 and a kit. The high gain guitar and crashing drums as well as the dual lead vocals made for a musical battle between the duo on stage.

Both Chris St. Hilaire and Tash Neal are incredible musicians in their own right, and although this may be a wonderful surprise as a support act, it’s debatable whether it will ever be a headlining act. Their set felt like a well-practised Jimi Hendrix Experience tribute band, at times, with many songs blending into each other. They gave a very energetic and textured performance but, apart from reminding a few of the oldies in their crowd of some of their favourite rock and roll songs, they didn’t really make much of an impact.

Taking into consideration that their debut album, Here Come the Girls, only came out earlier this year along with their band member switches, it’s easy to see that this is a band getting to grips with their sound. What currently feels like a copycat band may grow into something more stylised as time goes on.