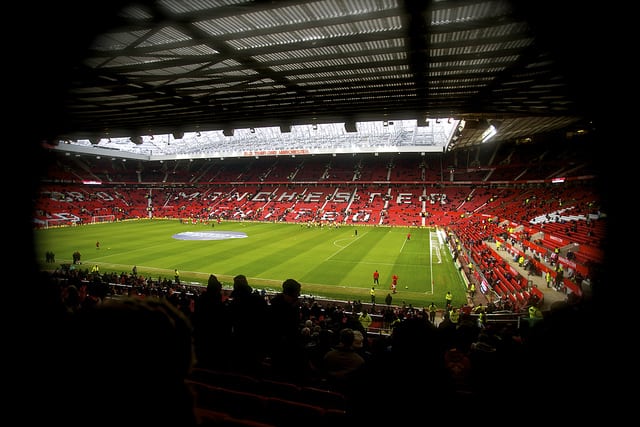 After a 2-1 defeat away to Sunderland left them 12 points behind Leicester City, 10 behind Tottenham and Arsenal and 6 behind fourth-placed Manchester City, Louis Van Gaal conceded that Manchester United’s best chance of reaching next season’s Champions League would be by winning the Europa League. That made the 2-1 defeat to Midtjylland, a side who had not played a competitive match for two months beforehand, in the first leg of their last-32 Europa League tie even more abysmal, and Van Gaal’s time as manager even more damning.

To be fair to the Dutchman, he achieved what was expected of him last season, but rather than the improvement anticipated after another large outlay in the summer, United have regressed; there were doubts about United’s style of play last season, but those murmurs of discontent have only grown louder this season.

Despite possessing the joint third-best defensive record in the league, United have scored only 33 goals in 26 Premier League matches, a stark contrast to the attacking brio seen during Alex Ferguson’s reign. Yes there have been significant injury problems – David De Gea’s injury in the warm-up only compounding the misery of that match against Midtjylland – but the players seem stifled and disinterested with Van Gaal’s philosophy.

The problems at United, however, are not just confined to on the field, but off it as well, as they have been since Ferguson and the chief executive, David Gill, left the club. Ferguson was succeeded by David Moyes seemingly based on his recommendation alone, despite the fact that the only trophy Moyes had won up until that point was the Football League Second Division (now League One) title with Preston in the 1999-00 season.

Moyes’ and Ed Woodward’s (Gill’s successor) first transfer window proved presciently shambolic. United pursued Marouane Fellaini throughout the summer, paying £27.5 million for him in a deadline-day deal. But Fellaini’s contract had contained a £23.5 million release clause that had expired during that same transfer window. After comfortably winning the title in Ferguson’s last season in charge, Fellaini was United’s only significant purchase, a tactic which spectacularly backfired, as shown by Chelsea this season.

Since then United have spent lavishly on players in a bid to seriously contend for trophies once again; Woodward, in particular, has been keen to legitimise his appointment. Among others, Angel Di Maria, Juan Mata, Ander Herrera, Luke Shaw, Anthony Martial, Morgan Schneiderlin, Bastian Schweinsteiger, Radamel Falcao and Memphis Depay have all moved to United, but performances and results have not improved drastically with them.

The transfer strategy has lacked a clear plan, with, from the outside, some signings made on the basis of attracting headlines as opposed to strengthening the team. Mata’s best position is central and off the striker, which is where Wayne Rooney likes to play; Herrera was wanted by Moyes, who had been sacked before Herrera joined the club, yet Van Gaal has only started him sporadically. While a traumatic attempted burglary exacerbated Di Maria’s desire to leave Manchester, Van Gaal did not find a way to incorporate him into the first team. Watching Di Maria return to form at PSG this season is particularly galling and an indictment of Van Gaal.

As for Woodward, United continue to gain new sponsors and improved commercial deals, but the running of the football side of United with him in charge has been at times laughable and his transfer record poor. Discounting the Community Shield, United have not won a trophy since Ferguson left, and continued poor performance, even for a club as popular worldwide as United, will affect the club’s ability to attract sponsors. In addition, unlike Moyes, Van Gaal was Woodward’s choice, and it will reflect badly on him should the Dutchman be sacked.

United’s academy is also under scrutiny. The Class of ’92 were highly successful and contained some genuinely world-class players. In the 24 years since then, however, the academy has produced some decent Premier League players, e.g. Danny Welbeck and Wes Brown, at best. Nicky Butt is the new head of the academy, but Brian McClair, Butt’s predecessor, announced he was leaving in February 2015, and vacated his role in May. That indicates the lack of emphasis placed on the academy currently, especially in comparison with the likes of Chelsea, Manchester City and Everton. That negligence has affected results; Paul McGuinness left his position in charge of the under-18s this month, with United eleventh in a twelve-team division.

Should Van Gaal leave before next season, his potential replacements are not without concerns, especially as the next manager will probably have to significantly restructure the squad once again. Rumours about Jose Mourinho replacing Van Gaal have been incessant since Chelsea sacked him. The Portuguese manager has had a trophy-laden managerial career and, in terms of results, will maximise the squad’s potential. But he has rarely developed young players, which is not a criticism that can be labelled at Van Gaal, and has so far left clubs after a few seasons. He is likely to solve United’s on-field issues in the short term, but will he provide long-term stability at a club that desperately needs it?

Ryan Giggs, on the other hand, is unproven as a manager. The fact that he is Van Gaal’s assistant suggests that Giggs has either agreed with LVG’s methods or been unable to convince Van Gaal enough to change his tactics. Either way it suggests that Giggs is not yet ready to take on a job of this magnitude at a world-renowned club in need of a strong and able manager.

Overall, United’s problems both off and on the field since Ferguson left the club are not mutually exclusive. United lack a strong footballing structure (sporting directors etc.) that the likes of Bayern Munich – whose executives shepherd the club through managerial and squad changes, and thus ensure the continued success of the club – possess. This means that when a talismanic figure, such as Ferguson, leaves, United enter a period of uncertainty that affects performances and is difficult to rectify, as has been shown over the past three seasons. For United to remain at the top of world football, strong, decisive leadership is needed at an executive and managerial level.