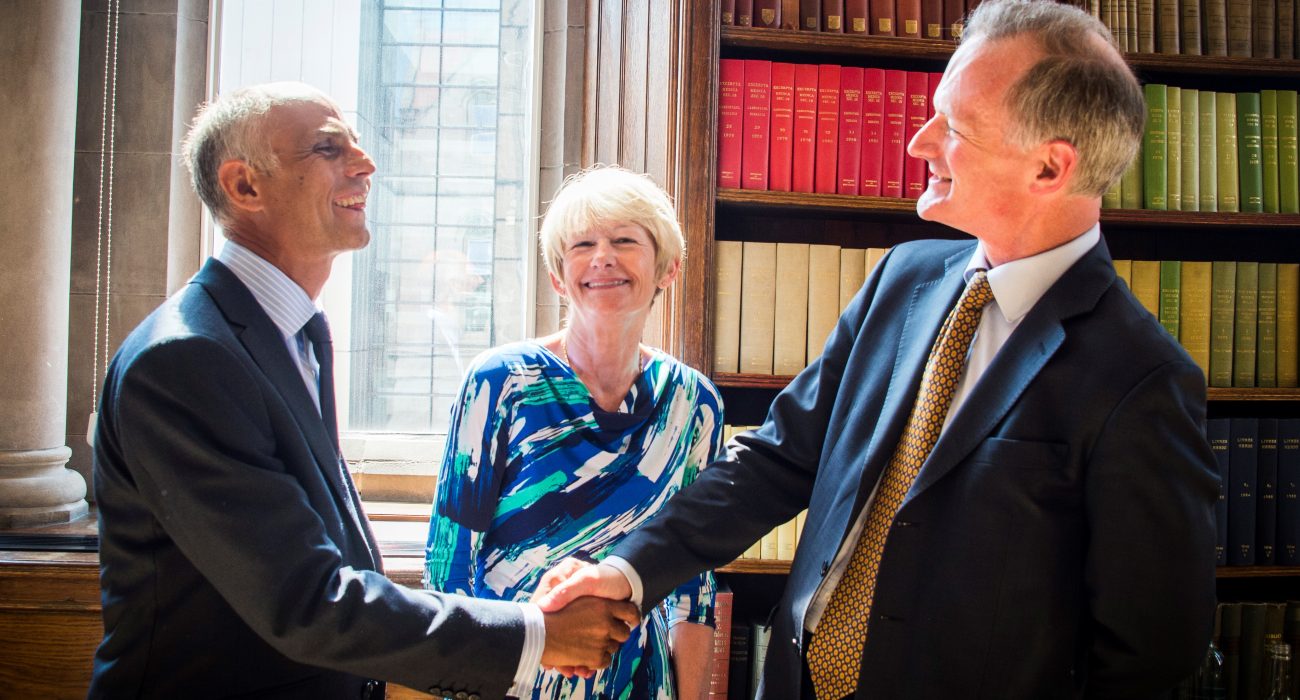 The University of Manchester has been awarded a rare Regius Professorship as part of the Queen’s 90th Birthday celebrations, alongside institutions including Imperial, Oxford and Warwick.

12 universities have been given the mark of recognition today, five of which receive it for the first time in their history. The Professorship was historically only awarded to the country’s most ancient institutions.

Since the death of Queen Victoria in 1901, only 14 have been awarded before 2016; 12 in 2012 to mark Queen Elizabeth’s Diamond Jubilee, and two in 2009 for the 200th anniversary of Darwin’s birth. The position is gifted to institutions to recognise research of exceptional quality, and will be assigned to an existing Professor at the university or one appointed to take the chair.

Those who take the position of a Regius Professor are addressed as “Regius” rather than “Professor”.

The University of Manchester’s Regius Professorship has been given for its successes in Materials Science—most notably the discovery and further development of Graphene at the university—and the inaugural holder of the title will be Professor Phil Withers, who is also Director of the International Centre for Advanced Materials at the university.

Materials Science unifies the work of eight different Schools at the University of Manchester, and its successes are impactful across a huge range of fields.

The Minister for Constitutional Reform, John Penrose, travelled to Manchester to bestow the honour, and was taken on an official tour of the Henry Moseley X-Ray Facility.

Vice-Chancellor Professor Dame Nancy Rothwell said: “I am delighted that the University of Manchester’s world-leading research in materials has been recognised with this prestigious honour. The Regius Professorship will help to ensure that Manchester continues to be at the international forefront of materials research and applications.

“Our work extends to almost every aspect of materials, and is a benchmark for university-industry partnership working as exemplified by the Sir Henry Royce Institute for Advanced Materials. The Regius Professorship will help to ensure that Manchester continues to be at the international forefront of materials research and applications.”

In an official statement today, Chancellor of the Exchequer George Osborne lauded the recipients of the Professorships: “I am passionate about promoting science and economic growth right across the country. That’s why I promised to push for prestigious new Regius Professorships not just in London and Oxbridge, but in other great centres of learning, including the Northern Powerhouse, Wales, Scotland and Northern Ireland. I’m delighted that promise is being honoured today.”

Also announced today was news that alongside the honour, £250 million in funding would be gifted to the Henry Royce Institute for Advanced Materials at the University of Manchester .