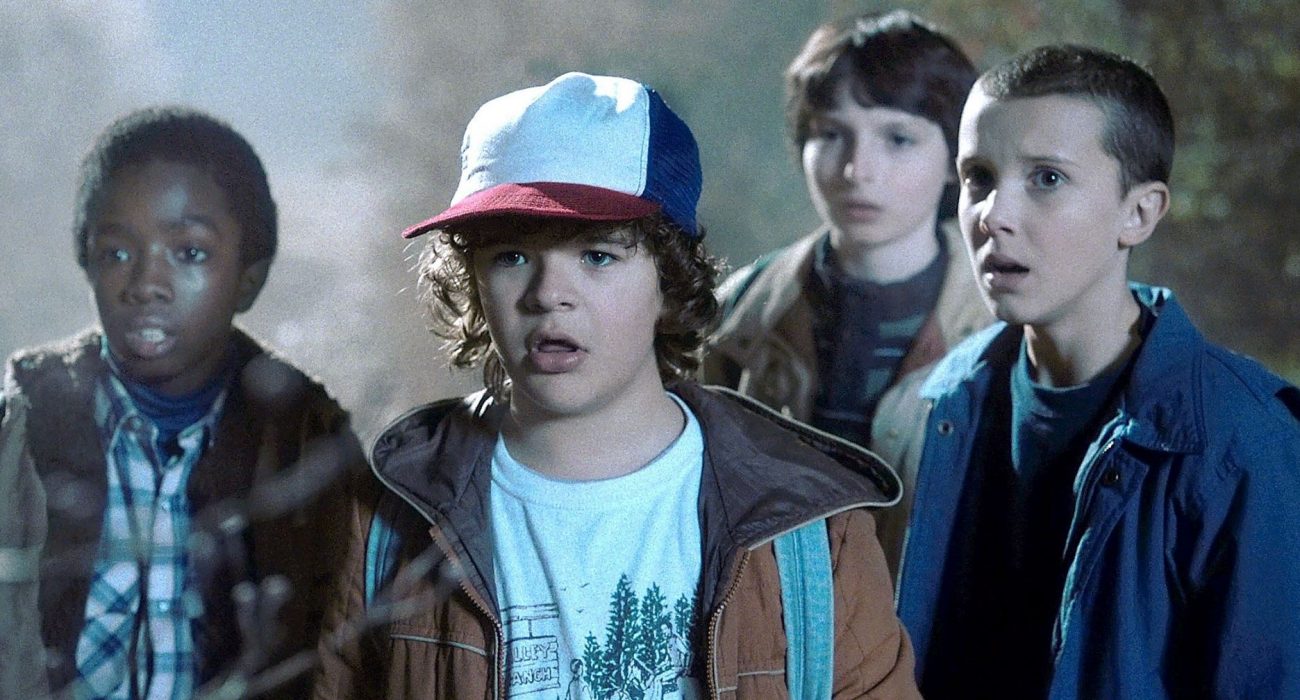 Feature: Stranger Things and the future of TV

At this point in time, writing an article about Netflix’s critically acclaimed 1980s-set science fiction series, Stranger Things, feels almost redundant. A show so well received by audiences that you’d be hard-pressed to find a topic more widely discussed this summer. What’s particularly interesting about the show, aside from its compelling narrative, array of intriguing characters and wonderful 80s aesthetic is its significance as yet another accomplishment for Netflix, and thus another step towards online streaming as the future of modern TV. Created by the Duffer Brothers and featuring a warmly welcomed return to form for 90s actress Winona Ryder. Stranger Things, for those who haven’t yet had the pleasure of watching, follows the strange and supernatural occurrences within a small town in Indiana, following the mysterious disappearance of 12-year-old Will Byers.

Perhaps one of the show’s most exciting and commendable features is its casting of largely unknown child actors to fill its leading and supporting roles. Not only does this enhance the authenticity of the characters and their believable onscreen chemistry, but also brings some much-needed fresh faces to mainstream television. One of the show’s most notable elements is its pastiche of 80s popular culture, with its premise and character dynamics often reminiscent of classic films of the era, such as Stand By Me, E.T. and The Thing. Whilst this could potentially have been an area of criticism if the show had relied too heavily on the material it references, it was refreshing to note the interesting character arcs which developed throughout the course of the series, and how effectively it avoided certain predictable tropes.

So, what does the success of Stranger Things mean for the future of television? Analytics found that in its first week after its July 15th release date, it became the most popular digital series in the US, even more popular than fellow Netflix original show, Orange Is The New Black, with over three times more demand. This follows reports that proposals for the show were rejected over 15 times by a range of TV networks, with some executives citing the four child leads as a reason why it wouldn’t work as an adult TV show. Those networks must undoubtedly regret that decision, following the series’ viral appeal, signalling the continued growth of Netflix and other online streaming services. It’s surely a sign of the gradual move away from conventional terrestrial television we appear to be making collectively as an audience, with more and more of the world’s most viewed TV shows stemming from the creative minds working in association with Netflix.

Much to the delight of its ardent viewership, Stranger Things was renewed for a second season at the end of August, so it’s essentially guaranteed that its audience will expand even further by the time the next instalment is released. In the meantime, it is endlessly exciting to look back on the engaging storyline, well-written characters and superb soundtrack of the debut series, adding yet another success story to Netflix’s rapidly expanding repertoire. Here’s hoping its second season delivers just as many thrills: long live Netflix!