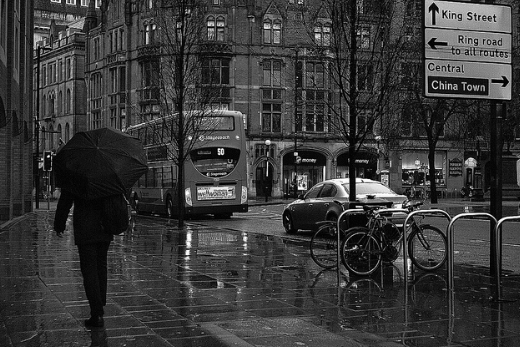 A Southerner’s Guide to the Mancunian Rain

Once again, the weather’s taken a turn, the nights are getting longer and coats start creeping into your wardrobe. That’s right, the summer is over and we’re further into September than we’d like to believe. It is a month home to London Fashion Week and the first sensations of the autumnal chill but also for many, a month of new starts; notably, that of University.

Whether it’s your second, third or maybe even fourth year returning to the University of Manchester (if it’s any more years than that, you’ve undoubtedly and subconsciously morphed into a Mancunian by now), you should be pretty well prepared in packing your winter woollies, stocking up on waterproofs and already debating with housemates at what point is too soon to turn on the central heating.

However, there are some thousands of you migrating from near and far to study at the greatest city in the North West. This means several things: you’re soon to learn the joys of cheesy chips and gravy, taste your first delicacies from the Curry Mile and experience the questionable crowd that frequents the likes of 42’s or Fifth.

You’ve bought the books, you’re ready for the crippling student debt and you’re equipped with everything your mum deems an essential, from a food processor to a first aid kit. But there is always one breed of the newbie students that already starts at a distinct disadvantage to their new colleagues and comrades: The Southerner.

Now, as a Southerner born and bred myself, there was little to prepare me in discovering the reality of my first Manchester winter. This was also met with much entertainment from my elder sister, then in her third year at Edinburgh (a place her friend once referred to as ‘Where Umbrellas Go to Die’). I’ve taken to delighting at snow for all of two minutes and braving ice in my four-inch heels in a bout of stubbornness (let me warn you, defying the elements is harder than it looks; you are fighting a losing battle).

However there is one aspect you can prepare yourself for, following the city’s reputation that would have inevitably crept your way after telling friends and family of your university destination: Rain.

Somewhat deluded into believing the rumours of Manchester’s rain as overstated, exaggerated and mythical, I—along with thousands more—came to realise the error and arrogance of my ways. A fellow Southerner stated upon moving to Manchester: “There are just lots of puddles.” Now a third year, she advises “be prepared to ruin your shoes.”

To begin, the Southerner is a slightly more delicate soul and far more easily baffled; we stare in wonder at the women who wear heels and strappy dresses on a night out in December and the men who don a T-shirt and shorts in February. It is more times than not that the Southerner will be first to cave to turning on the heating or purchase a hot water bottle in October.

In keeping with my forementioned stubborn streak, I also promised myself after my first winter in Manchester (and spending the entirety of my student loan on the box set of Sex and the City) that I would not (and could not) buy myself an umbrella. Perhaps adopting some Northern determination against the weather, I did however discover a loophole after finding a brolly on the bus.

So for all you who’ve journeyed up the M5 from the deepest, darkest depths of the South, preparing to brave the treacherous temperaments of the North (don’t listen to any derision from Scots or Geordies; the Birmingham M6 Toll might as well be guarded by the Night’s Watch…), I wish you luck as you learn to juggle your books, bag, and umbrella whilst racing onto the Magic Bus at 5pm.

You shall however adapt over the following months and years, as one recent graduate demonstrates after moving back down South and claiming “I now love the rain. I miss the rain.” Perhaps too much to comprehend just yet, it still provides hope for Southerners.

But for now, we recommend a life long investment in a sturdy coat, substantial developments towards an endless supply of jumpers, and assuming you have more sense than me, a brolly to see you through. 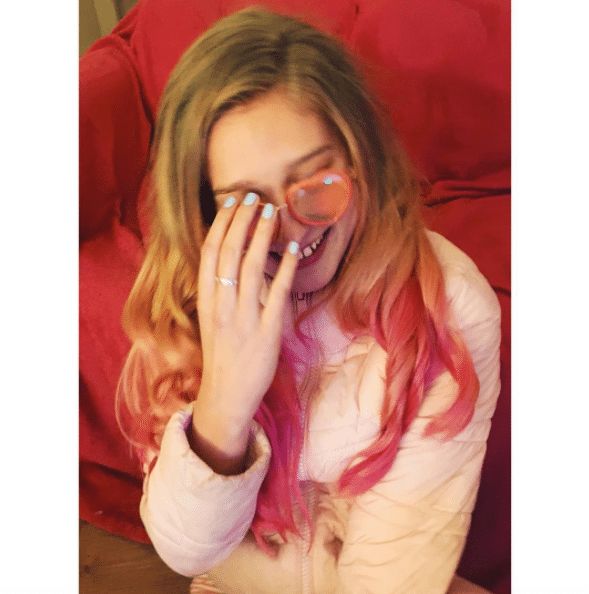 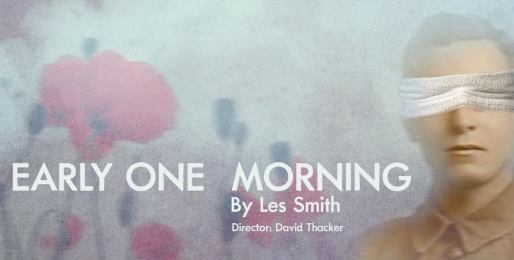 How to: Style your hair 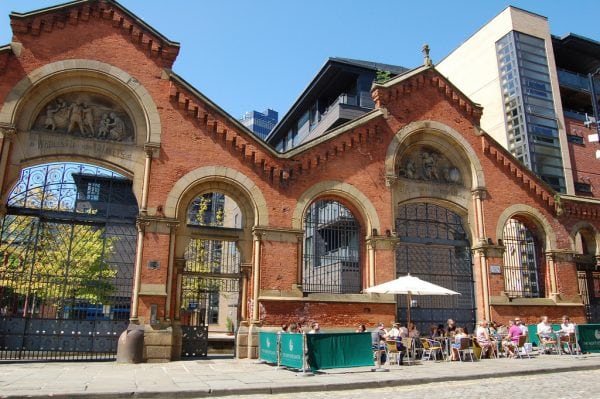