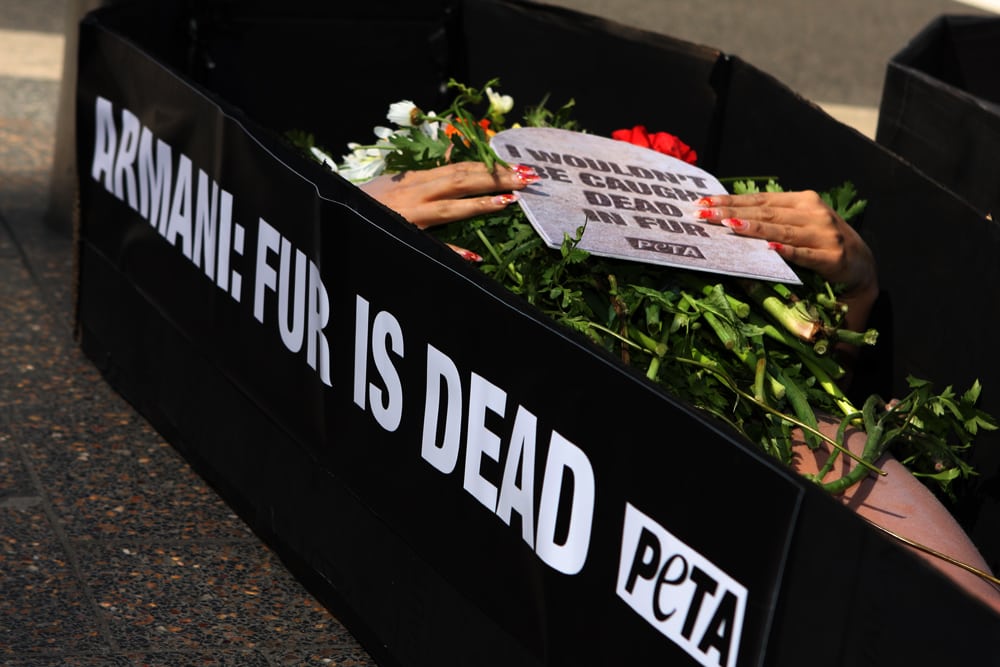 The seventies could be seen to have infiltrated the fashion industry over the last few years. A decade of loosening social and sexual bounds has resonated well with our modern outlook today. Not only is a flair for flares apparent, but also an itching for the shaggy coat to appease our pleasure in stroking full frontal fluff.

During the decade of the baby-boom, fur was massive both in literal physicality and in its worldwide presence. However, that same decade also saw the creation of the Endangered Species Act, outlawing the practice of poaching endangered animals. Two currents in the fashion industry occurred in the face of this social change: first, an increase in the use of faux-fur; secondly, a decrease in poaching for clothing purposes.

By the nineties anti-cruelty outrage was industry wide. The prominent organisation PETA (People for the Ethical Treatment of Animals) launched a series of far-reaching campaigns featuring some of the biggest names in the fashion industry—the most notorious of which involved supermodel Naomi Campbell.

Campbell posed nude alongside the statement ‘I would rather go naked than wear fur’. Through opposing fur by posing in the naked form, the campaign also carried the powerful torch of sexual freedom, which carried through from the seventies to the nineties. Most poignantly, we were told loud and clear: animal skin isn’t sexy.

However, the fun of the fluffy has continued to be a presence. In light of technology that makes faux fur more colourful and soft to the touch, it has taken off and fashionistas refuse to take it off. The rapid growth of up and coming brands such as Shrimps and Jakke, or even just a quick scope of any leading high street powerhouse like Zara, Urban Outfitters and Topshop, will show you that fictional fur has become fashion fact. Bright, beautiful colours and incredible textures are now frequently married.

Unfortunately however, real fur in fashion is not yet fiction. Only in 2009 did the once disdaining Naomi Campbell step out of her car in a real fur coat. Mirroring how faux fur has taken a new technicoloured turn, Dolce and Gabbana’s AW16 campaign prominently featured an awe-inspiring fuschia mass on its adverts this summer. Furthermore, with fashion-leading celebrity couples such as Kim Kardashian and Kanye West walking round in animal hides, how is the world going to leave them behind? Concerning high fashion, one might say old habits die hard.

As a faux-fur lover myself, I want to say Shrimps is leading the way to a fur free alternative, but I simultaneously wonder: If faux fluff wasn’t around to keep the style of fur in fashion, would real fur remain as relevant as it is today? Who knows! It’s debatable whether our latest technological developments are reinstating a nasty status-quo, or simply offering a status-faux.