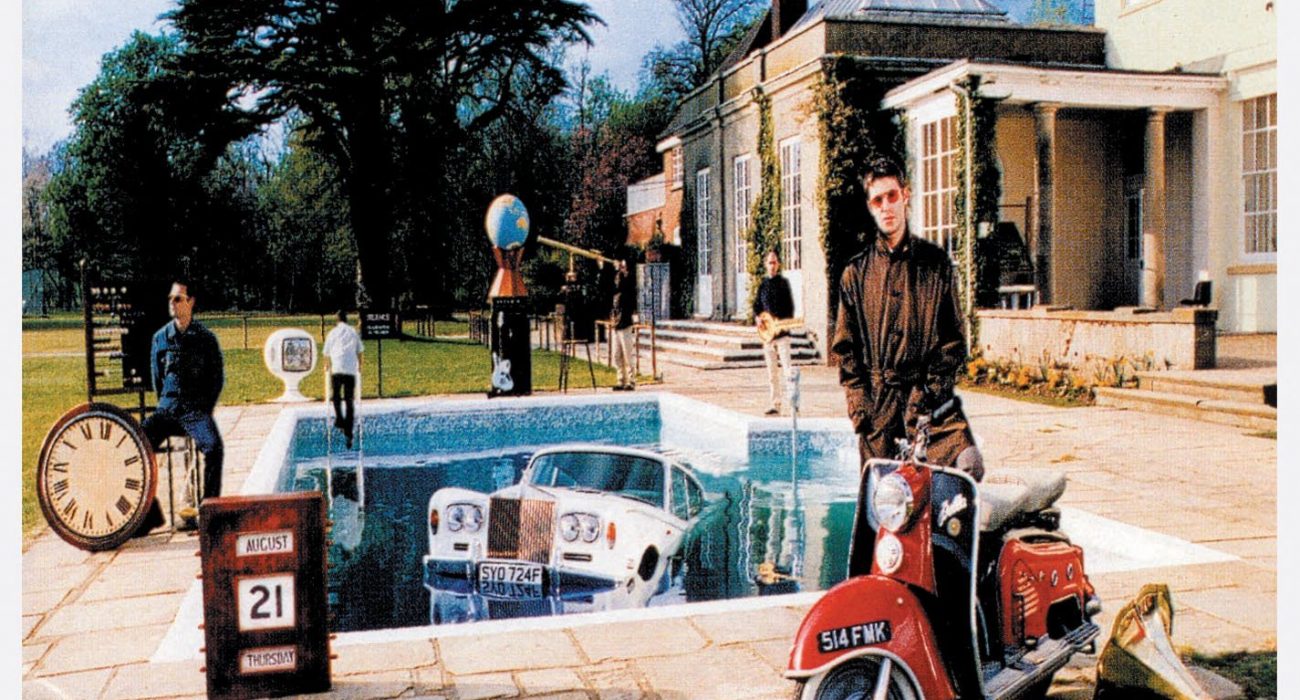 Be Here Now, as everyone already knows, has gone down in history as the pinnacle of Britpop’s excess. The druggy accoutrements of fame and their own hubris finally caught up with Oasis, and they collapsed well and truly into self-parody. In hindsight, perhaps it was inevitable. A band as dogmatically reverent towards the idols of the past was always going to dredge up the same tropes. The truth is, in spite of Noel Gallagher’s preposterous but somehow perfect dalliance with Tony Blair, Oasis were always a deeply musically conservative band. Any band that name-drops ‘Yellow Submarine’ in their first single has to be.

So Be Here Now didn’t come out of nowhere. If anything, it’s a flabbier and more indulgent version of (What’s The Story) Morning Glory. The songs are looser, and they don’t half go on. Perhaps the worst offender in this department is ‘All Around The World’, which stretches out a banal CBeebies jingle into a 10 minute ‘Hey Jude’ pastiche. It all ends, with depressing inevitability, with a big guitar solo, because that’s what rock bands do. Pompous, bloated and humourless, it’s everything punk set out to get rid of. Similarly, the apparently endless ‘It’s Getting Better (Man!!)’ resembles Liam Gallagher gurning in a wind tunnel while the band strike various Guitar Hero poses behind him. Yeah. Rock.

Generally, the quality of the songs feels undermined by their similarity. In isolation, ‘I Hope, I Think, I Know’, for instance, is a solid pop song. However, after a while you realise that every song sounds like the one that came before it, and the one that came before it wasn’t up to much. Perhaps the sole exception to this rule is ‘D’You Know What I Mean’, which is a genuinely dynamic and propulsive start to the album, even if it doesn’t end when you want it to, and carries on not ending for several minutes.

However, the song also typifies the worst of the album’s blue-you, me-see lyrics. “D’You Know What I Mean, yeah yeah?” Well… no. And I don’t think you do either, Noel. In fairness, people don’t listen to Oasis for their scintillating lyrical qualities, which is just as well, because there aren’t any. They listen to them because they are songs you can bellow along to in fields, and at this, Be Here Now broadly succeeds. ‘Stand By Me’ is a strong enough song to survive its chronic overproduction and 20-odd choruses. Even ‘All Around The World’ is almost endearingly daft in this department.

However, the amusingly overblown, Spinal Tap excesses of this album aren’t enough to redeem it. The excess permeates everything, right down to the garish kow-towing to the old guard of rock on the cover. With this album, Oasis continued to shove indie (whatever that means) away from fey, gauche outsider music into a lumpen dad-rock cul-de-sac. Despite a handful of undeniably great songs, they represent a glum re-establishment of the safe and familiar in British music.