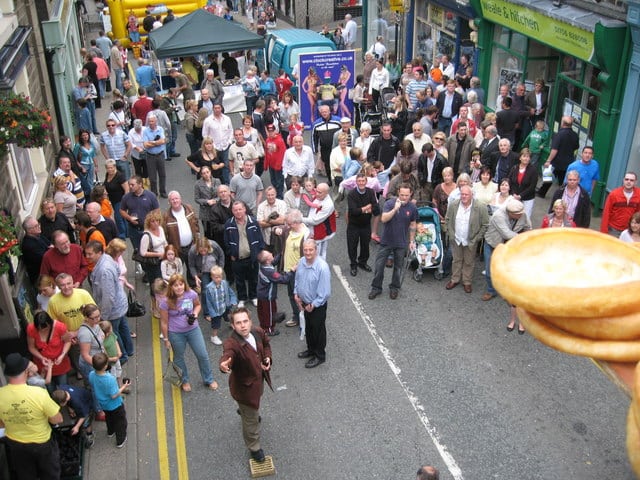 West Ham forward Andy Carroll was threatened with a gun on Wednesday as he left training. The currently injured England player was driving to training in his £100,000 Mercedes G-Wagon, when he was blocked in by two men on motorbikes. The two men had signalled that they were carrying guns, but the 27-year old had got away from the two men, making it to training for 12:30pm.

Scotland Yard have stated that: “The two men threatened the driver and intimated through gesture that they were in possession of a gun. The motorcyclists attempted to block the car as the driver sought to get away.”

West Ham manager Slaven Bilić stated on Thursday that he did not think it was a coincidence that Carroll was chased for such a long time. “He was very brave and came back to the training ground. He is smiling today and is in a good environment now.”

Carroll is expected back on the pitch in two weeks’ time. No arrests have been made but the case is being investigated — as of the fourth of November 2016.

Gavin Ogden, 50, from Rochdale was the first up at the World Black Pudding Throwing Championships and knocked down three puddings to take the trophy home, beating last year’s winner Mark Cannon. Ramsbottom was the home of the tournament that is over 100 years old, which saw thousands of people flock to see it.

It cost £1 per person to enter the tournament, which went to charity.

The 3rd of November saw the release of Forest Green’s 5,000-seated stadium designs to the public. The Club had run a competition asking for designs that saw over fifty designs sent in from around all the world, but the winner was described by Club chairman Dale Vince as being “entirely made of wood.”

According to the BBC, the stadium is to be “the centrepiece of a £100m sports and green technology business park proposal next to the M5.” This will be the first stadium in the world to be made entirely of wood and will cost a hefty £100million. The National League side claim that their stadium will have the lowest carbon content of any stadium in the world, as it is part of their new Eco Park.

According to the council’s annual rough sleeper count, nearly twice as many people are sleeping on the streets of Manchester this year than they were last year: Seventy people were counted in one night in December last year, compared to the 43 counted on the same evening in 2014. Spain have a similar problem to England with homelessness, but football Club Real Socieadad have offered some good news as they hired a homeless man at the Club.

Ruban Vitoriano had been sleeping outside the stadium for eight months, when he was offered a job as part of the ground maintenance team at the Anoeta Stadium. Vitoriano, 35, had been homeless on the streets of san Sebastian for three years previously with his dog Mundo. Since his employment at the Anoeta Stadium, Vitoriano has managed to find himself and his dog a room in the city.

Not sure what to buy your loved ones this Christmas? What about Petr Čech’s helmet?

Arsenal goalkeeper Petr Čech has donned his famous helmet since a game against Reading in 2006, when Stephen Hunt accidentally clattered into his head. For health reasons Čech has continued to wear the helmet ever since and has become his trademark. Like Superman with his cape, and Harry Potter with his wand, Čech’s helmet has become so famous that he is now selling replicas for fans to wear. The gift can be bought on Čech’s website and is a woolly hat that looks just like his famous helmet, starting at €31.20. That is around £300 in a post-Brexit economy.

QPR Lend a Hand in the Refugee Crisis

Championship Football Club Queen’s Park Rangers (QPR) have offered a fleet of coaches in support for bringing refugee children from France to Britain. The last couple of months have seen an outcry from parts of the British population, as ‘children’ being sent over as refugees from France have been pictured and appear to be older than expected. Despite this, QPR are offering to help in bringing children over, who are all assessed for their eligibility before being granted travel permission to the UK.

Councilor for QPR’s local council Hammersmith and Fulham, Steve Cowan spoke to The Guardian about what he felt his council could do: “The situation for the children in France is chaotic, violent and dangerous. So many people have come up to me and said, ‘how can we leave children in these conditions in 2016?'”

The Club’s coaches will be manned with volunteers who will then help to bring the children over, who will be reunited with their families once on UK soil.