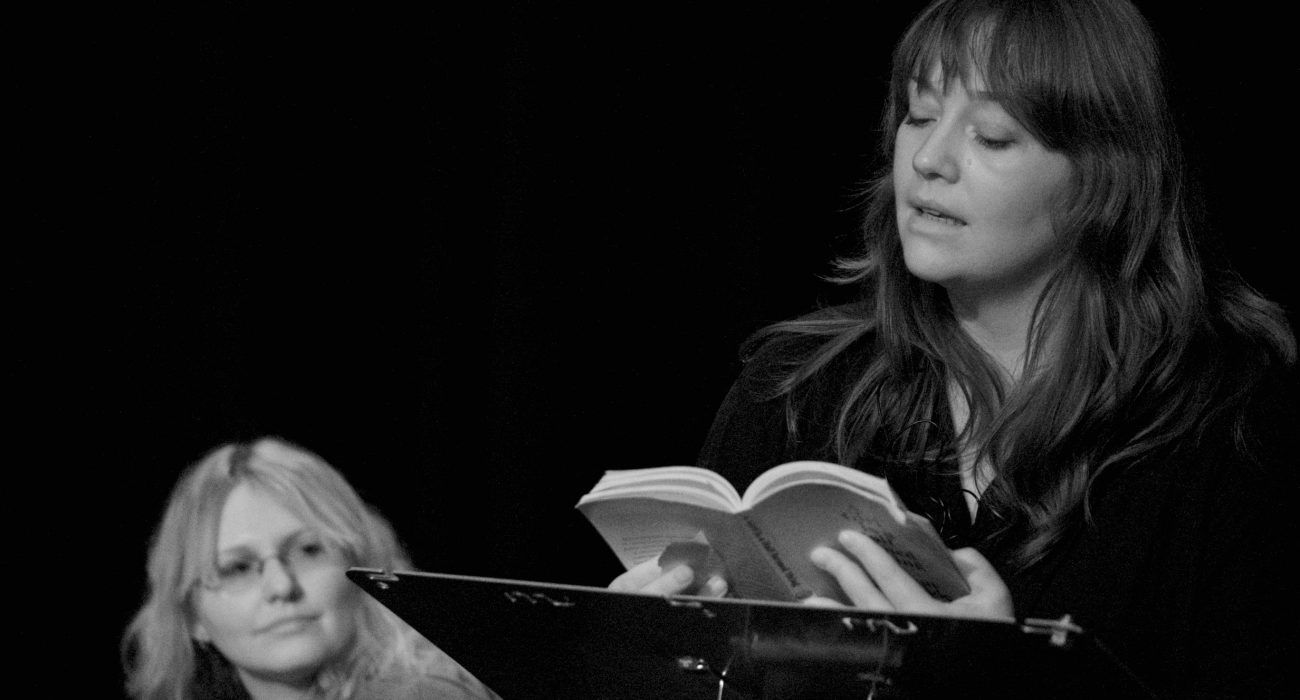 On Thursday the 20th October The Centre for New Writing, in partnership with Manchester Literature Festival, hosted Eimear McBride in conversation with John McAuliffe. McBride is one of today’s most captivating authors; her debut novel A Girl is a Half-Formed Thing won the 2014 Baileys Women’s Prize for Fiction and her latest publication, The Lesser Bohemians, has been shortlisted for The Goldsmiths Prize 2016. Following questions from McAuliffe and the audience, McBride spoke compellingly on a range of topics from memory and masculinity to modernism.

McBride’s passion for the power of story-telling was clear in her answers; her discussion of The Lesser Bohemians as addressing the ‘forgotten history’ of many Irish immigrants who came to England and settled happily, reminded audience members of the importance of continually retelling and rewriting the past. The Lesser Bohemians, McBride explained, achieves this through a narrative in which the characters “find ways in which they can live with their own vulnerability”and become at peace with their identities.

McBride described how, as a drama school graduate, she uses her knowledge of acting techniques to create true to life characters, a process that works in tandem with her stream of consciousness style. Commenting that she aims to “make language do what the actor’s body does”, McBride provided a fascinating insight into her method of presenting our complex, messy and fragmented interior worlds on the page.

This formal experimentation has often led to comparisons with modernist literary giants such as Joyce, most notably by Jacqueline Rose but also by audience members at the event. McBride’s response was intriguing as she problematized how critics have difficulty in finding ways to talk about her work without referencing Joyce, despite many differences between them. She expressed a profound desire for her writing to stand on its own, outside this critical culture of comparison and categorisation, prompting thought on the language used to discuss new and experimental writing.

McBride discussed further frustrations in the reception of her work, particularly the trouble she faced getting her first novel published, suggesting “that big commercial publishers still operate with a very limited sense of what is appropriate and saleable as ‘women’s fiction'”, to use Dr Kaye Mitchell’s words, Senior Lecturer in Contemporary Literature and Co-Director of the Centre for New Writing. The large turn out and warm reception of McBride at events, like Manchester Literature Festival, demonstrates that readers do not share this limited perspective, and are excited by innovative and experimental fiction.

As Mitchell notes: “McBride’s work is a vibrant example of the novel’s continuing capacity for reinvention and innovation” and thus it is of vital importance that the Centre for New Writing and Manchester Literature Festival continue to provide a space for readers to connect with and celebrate writers at the cutting edge of their trade. It is clear that McBride’s work reveals the importance of retelling and rewriting stories for both the characters in her novels and her enthralled readership.