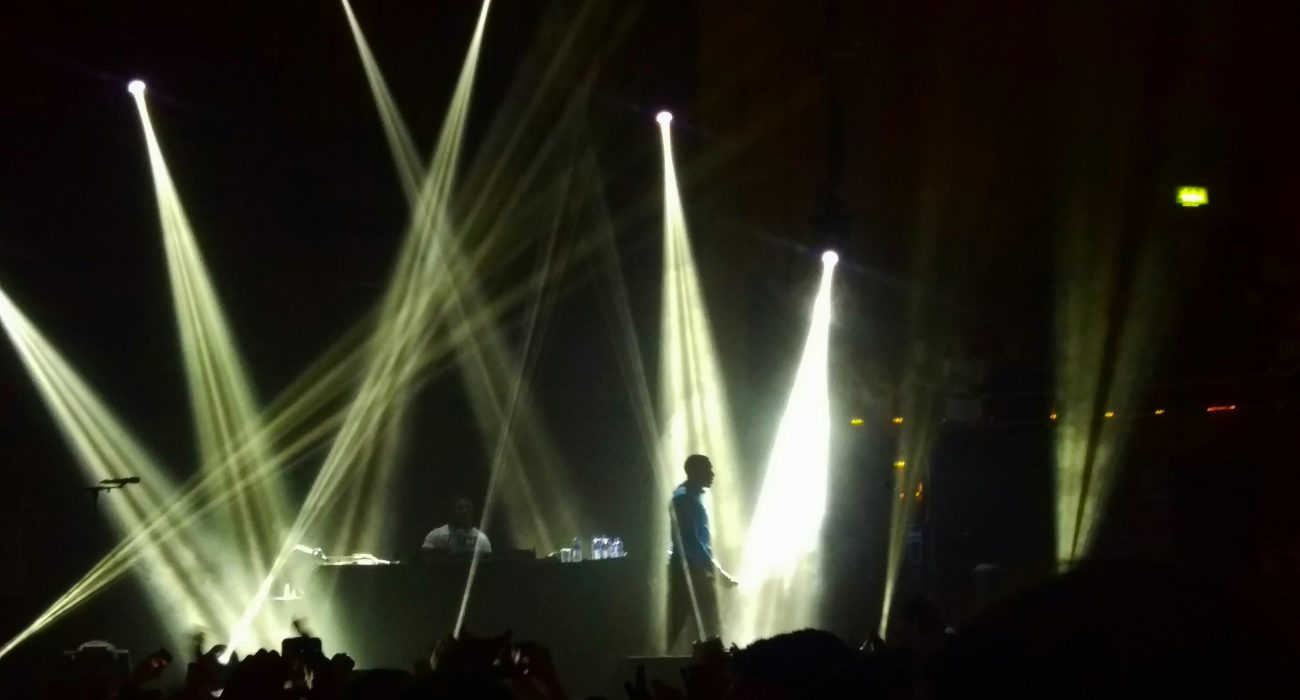 “0161, Manny on the fucking map rudeboy”. These words became the mantra of Bugzy Malone last year, most notably in his high-profile, high-stakes beef with Chip — aka Chipmunk.  As well as a war between two MCs, for many the beef came to represent a fight for Manchester’s place in the Grime scene. While the dust has now thankfully settled, with both artists moving on and making new music that isn’t solely focused on each other — thank God Twitter wasn’t around when Jay-Z and Nas were going at it — the loyalty that Bugzy gained through such out-front ‘repping’ of his hometown is still burning strong, as I found out last Friday at the Albert Hall.

The restored chapel is a beautiful, 2,500 capacity venue with stained glass windows and  antique wood panelling, and has played host to artists of international standing like Tame Impala, Jamie xx, Bombay Bicycle Club and most recently Corinne Bailey Rae. It is definitely among Manchester’s least grimy night spots, and might seem a strange place for a show like this. However this misses the point; the man who served time as Aaron Davis has since made a name for himself as grime’s “King of the North”. Bugzy Malone is a hometown hero with a fiercely loyal following, his success and status in Manchester should not be underestimated.

After a solid but unremarkable support set from Isaiah Dreads, Bugzy took to the stage looking like a road superhero in a skin-tight blue jacket. With menacing stage-presence — showing off the footwork of a practiced boxer — he tore into his set like a pitbull ripping apart a football. Bar for bar he may not be the greatest lyrical talent on the planet, but his delivery was consistently on-point.

The crowd was probably the most gassed that the Albert Hall has ever seen; a cloud of steam could be seen over the moshpits thanks to the impressive and well-handled lighting rig. Many in attendance — including several middle-aged women stood near me — rapped along to nearly every tune, including those from his new LP Facing Time which formed the body of his set. A particular standout performance came from two boys of about 12 on the balcony, to the direct right of the stage, who could probably have given the man himself a run for his money if someone had given them a mic.

The standout track of the night was the lead single ‘Mad’ from Facing Time, with the crowd shouting the words of the hook back to him louder than the monitors, the by-now-shirtless star of the show followed it with a heartfelt offering of thanks to his fans. Not wanting things to get too soppy, he then closed the show with the violence-inducing bass of ‘Moshpit Gang’, a quick goodbye, and the legendary words “0161, Manny on the fucking map rudeboy!”. The crowd went wild.