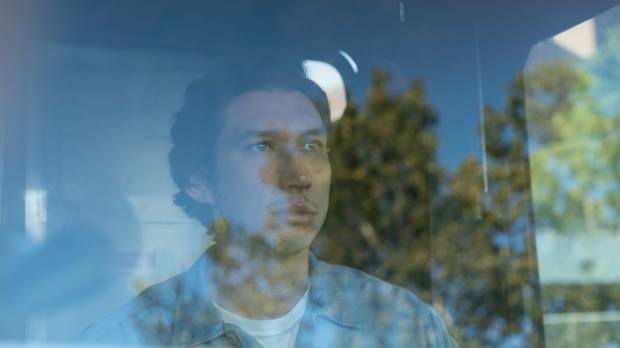 Jim Jarmusch is like a really bad bus service, you wait ages for one then two suddenly come along at the same time. With his love for Iggy Pop and The Stooges in Gimme Danger, it is his fictional film Paterson that once again reinstates Jarmusch as not only an imperative voice in American indie cinema but also as one of modern cinema’s defining auteurs. Although this statement appears at first glance grandiose, it is not given for flamboyancy but instead validity of the gentleness inherent in Paterson.

Paterson (Adam Driver) is a bus driver in Paterson, New Jersey. He wakes up at 6:15am most days, gazes with love at his caring partner Laura (Goldshifteh Farahani), eats of a small bowl of Cheerios, and then sets off for work with a blue metallic steel lunch box. After a day at work, Paterson walks his English bulldog Marvin down to the local bar. Neon lights brighten up this place. Behind the bar, the charismatic Doc (Barry Shabaka Henley) pours Paterson and pint of beer. Yet, behind the veneer of this everyday routine man, something artistic rests.

‘Life isn’t dramatic, always’ Jarmusch recently stated in an interview with The Guardian. The simplicity of the plot is not a reflection of the piercing beauty which is found — its ease only serves to reinstate it. In his spare time, Paterson writes expressive poetry. The work which he creates is eloquent, poignant and captures the splendour of the seemingly mundane. In the instance of a box of Ohio Blue Match Sticks, Paterson functions it as an allegory for love and passion.

Focusing upon much discussed William Carlos Williams — whose poetry is referenced constantly — his predominant focus on the commonality of life is entwined with Paterson. Do we define him as a bus driver who is a poet, or a poet who is a bus driver? He is apprehensive to openly acknowledge his creative flair, but it is distinct that something remarkable hides behind the blue jacket and the understated appearance of Driver. Chiefly, it is not inconceivable to state that Paterson is indeed a poet who is a bus driver.

Paterson’s job does not bore him. Overhearing conversations between labourers, teenage kids, and two young boys, their words light up the face of Paterson. Even when the bus breaks down unexpectedly, the man is composed and self-assuring to his passengers. As the travellers ask constantly whether the bus will explode into a fireball, he calmly rejects their claim. However, one can be appreciative of the fact that this is thankfully not that sort of film to which stupidity and negligence orientate.

The experience of being a bus driver produces a reflective influence upon his poetry. A delicate visual representation of Paterson’s poetry is found both in voice-over of Driver reading his character’s work and imagined on screen in a soft eggshell white. The slow deliverance of the poetry, to which is created in the moment of its delivery, is part of the creative process to Paterson. With time, clarity arises and so does an assurance in his pronunciation of his beautiful poetry.

Behind the unfussy performance of Driver lies an attentive direction from Jarmusch and his crew. Medium longshots of the bus place us, the viewer, onto street level observing Driver — who gained a bus license just for this role. In an age of Cinematic Universes and the ghastly Transformer films, there is something graceful in the simplicity of Paterson. Like a favourite song, book, or blanket, Paterson will be revisited and consumed over and over again. Poetical in both a literal and abstract sense.