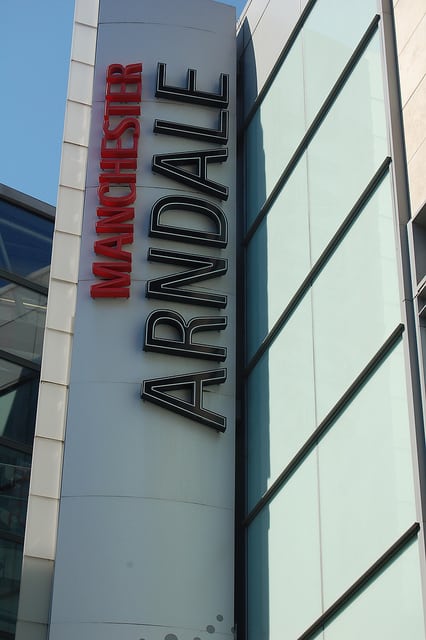 A 30-year-old woman has been hospitalised after being found seriously injured in in Arndale shopping centre on Friday morning.

According to The Manchester Evening News, an ambulance and police were called to the Arndale at approximately 8.45am and the woman was taken to North Manchester General Hospital.

Customers reported that the area around Topshop had been cordoned off while emergency services attended to the woman.

The casualty had apparently suffered severe cuts to her wrists and was bleeding heavily.

A spokesperson from the Greater Manchester Police (GMP) said “We were called to a shop on Market Street at 8.45am to concerns for a women’s health.

“We discovered a woman bleeding heavily from her wrists and she was handed into the care of the ambulance service.”

North West Ambulance Service (NWAS) further stated that: “We sent a rapid response vehicle and an ambulance to the scene and a woman in her 30s was conveyed to North Manchester General Hospital.”

“We can confirm ambulance services attended the centre this morning. The safety of all involved and our shoppers and staff remains our first priority.”

Reporters at The Manchester Evening News discovered that both Arndale and GMP received tweets from concerned customers:

Tommy Jack posted: “@GMPCityCentre any update on what happened this morning in the Arndale? Is she at least ok?”

Lydia Titterington wrote: “@manarndale what’s happened in @Topman…. no one is allowed to walk past the store.”

The Arndale replied: “Our team dealt with an incident in that area early this morning, and the area has now been reopened for shoppers.”