1st: Sebastian Vettel (Ferrari):
A shock return to winning ways it could be, but Vettel has vast experience and blistering qualifying pace, and has a seat in a Ferrari looking faster than ever.

2nd: Lewis Hamilton (Mercedes-Benz):
The British driver will once again be pushing for the title, with his extreme race pace, but maybe, just maybe, the era of total Mercedes dominance is over.

3rd: Valtteri Bottas (Mercedes-Benz):
Filling Rosberg’s seat, and having only signed a one-year Mercedes contract, the Finn has a lot to prove, with raw talent, yet no race-winning experience.

5th: Max Verstappen (Red Bull):
The flying teenage Dutchman, exciting and talented, will be hoping to replicate last year’s form, a future World Champion, in a car that’s not quite there yet.

9th: Esteban Ocon (Force India):
In a season looking racier than ever, Force India can really make an impression, and Ocon, on the Mercedes development programme, has talent to prove.

10th: Nico Hülkenberg (Renault):
Hülkenberg will be hoping that Renault have made strides with their new car since last season, and has the talent to hold his own with faster cars to boot.

11th: Romain Grosjean (Haas):
Franco-Swiss racer Grosjean has proven to be highly talented, with ten podiums in lesser cars: sadly the Haas model does not seem to match his pace.

12th: Daniil Kvyat (Toro Rosso):
The Russian is another driver with something to prove, after being shockingly swapped out of the Red Bull mid-season last term back into Toro Rosso.

14th: Lance Stroll (Williams):
The 18-year-old’s first season in F1 could go either way: he clearly has immense talent, but crashed on numerous occasions in pre-season testing.

15th: Kevin Magnussen (Haas):
Haas have another talented driver in their line-up this year in Kevin, son of driver Jan: the team have experience and youth but a rather sorry-looking car.

16th: Joylon Palmer (Renault):
The Brit now in his second season of Formula 1, the first plagued by car failures, will be looking to gain experience and finish races respectably this year.

17th: Fernando Alonso (McLaren-Honda):
McLaren are looking truly atrocious going into the new season: but if anyone can nick a point for them it’s Alonso, still one of the best drivers out there.

19th: Marcus Ericsson (Sauber):
By all rights, McLaren drivers should be found at the bottom of this list: if it weren’t for Sauber, looking equally sluggish and with a tamer driver line-up.

20th: Pascal Wehrlein (Sauber):
The German in the dreary Sauber missed almost all of pre-season injured, so has had no time at all to get used to faster pace and radical rule changes.

1st: Ferrari:
This is the opportunity for Mercedes’ dominance to end; Scuderia are looking to take advantage.

2nd: Mercedes-Benz:
The German team have been successful in recent years and will push all the way for another title.

3rd: Red Bull:
Red Bull have a superb driver line-up this term, with a car just a little work off becoming a winner.

5th: Williams:
Sir Frank and his British team Williams will seek a return to 4th, but with their car, might fall short.

6th: Toro Rosso:
A clear secondary to parent team Red Bull, the true pace of Toro Rosso will always be a question.

7th: Renault:
Renault have a good opportunity to move on from a poor 2016, but development seems slow.

9th: McLaren-Honda:
Even Alonso can’t pull McLaren out of this mess — will the engine be able to survive a whole Grand Prix. 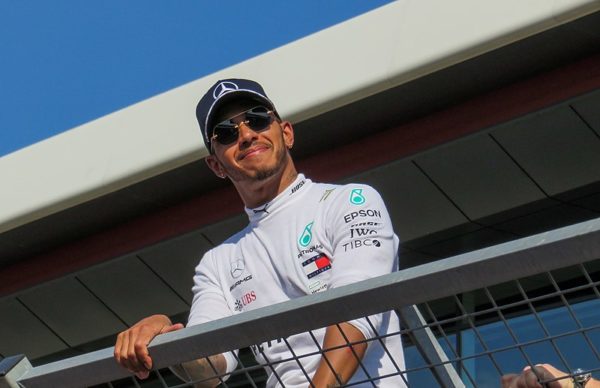