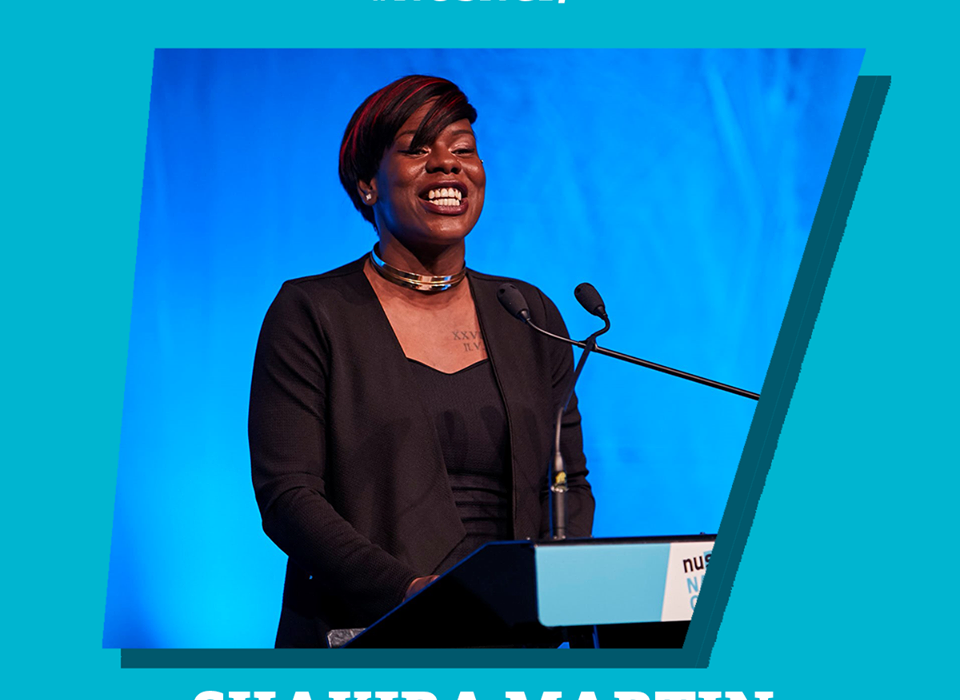 Martin, the current NUS Vice President for Further Education, was elected with 56 per cent of the votes at this year’s conference. Martin is a black single mother from a working class family.

Speaking before the vote Martin positioned herself as the centrist candidate and spoke of wanting to focus more attention on all of the 7 million members, instead of being focused on the president.

In an interview with The Independent prior to the results Martin said she wanted “to put the NUS back into the hands of its membership and send the message to the heart of the government about what students want”.

Malia Bouattia, 29, who came second with 272 votes, and is the current NUS President, will be leading NUS into the general election until Martin takes the reins on the 1st of July. In an emotional election speech before the vote she talked about death threats and harassment she has faced as President. Malia was NUS’ first Muslim woman president, born in Algeria.

Her family were forced to flee during the civil war when she was seven years old. Having been denied refugee status, her family of five shared one room when they arrived in the UK. In a statement the NUS applauded “Malia’s work to make the movement more diverse, ensuring the organisation is representative of the students it represents”.

However controversy has plagued her year as President, including a Home Affairs Select Committee investigation after she was accused of anti-Semitism, which concluded that her “choice of language (and ongoing defence of that language) suggests a worrying disregard for her duty to represent all sections of the student population and promote balanced and respectful debate. Referring to the University of Birmingham as a ‘Zionist outpost’ (and similar comments) smacks of outright racism.”

Tom Harwood, who gained only 35 votes, pledged to create a more “credible, inclusive NUS” as he claims that the “NUS is in crisis” and is “failing students”. His campaign Facebook page states that “whether it’s embroiled in yet another anti-Semitism scandal, organising riotous protests, or involving itself in foreign policy discussions, it’s clear that [the NUS] has not been working for students.”

After her election Martin said: “I am honoured and humbled to have been elected as NUS’ National President. I take this as a vote of trust that our members believe I can lead our national movement to be the fighting and campaigning organisation we need it to be, representing the breadth of our diverse membership.

“Further Education made me who I am today and look forward to sharing stories of just how powerful all forms of education can be when we’re all given access to it. During my term in office I want to spend my time listening, learning and leading.”