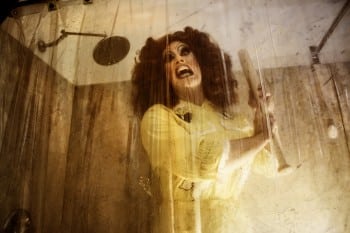 Hailing from St Helens, Chris Foy refereed from 1996 to 2015 including 14 years in the Premier League and has since become the Head of Community and Public Engagement for the Professional Game Match Officials Limited (PMGOL). The native Lancashire-man returned to the North West to open Manchester Communication Academy’s new 3G pitch.

The academy, which is located to the North East of Manchester, was opened in 2010 and is just 2 miles from the Etihad Stadium. The pitch was funded by a grant from the Premier League and The FA Facilities Fund and has been unveiled in the hopes of boosting the number of people taking part in football in the area.

As well as the school’s benefits, the local clubs such as Moston Tigers JFC and Manchester Lions JFC will be using the playing field. The new surface will also be used by Manchester City in the Community as well as the Manchester FA as they conduct weekly outreach sessions and coaching education, respectively.

Speaking at the event, Foy said “this is a brilliant new pitch, and it was great to see it in action. Many professional players find their start at school and grassroots clubs.”

The project was delivered by the Football Foundation — the largest sports charity in the UK. The foundation has awarded around 15,000 grants — worth more than £580m — towards improving grassroots sport and aims to develop new and refurbished grassroots sports facilities in order to improve the quality and experience of playing sport at the grassroots level.