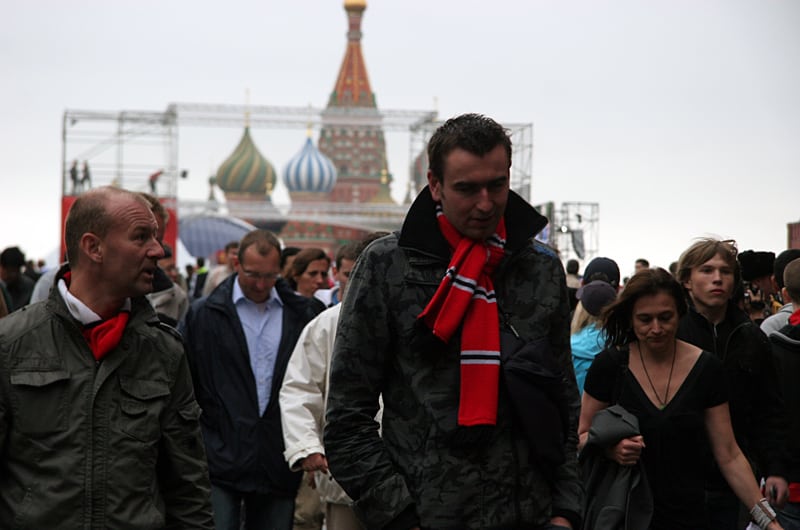 After a 3-0 win at FC Basel, Mourinho will be looking to maintain his winning start to the Champions League campaign. Interestingly, this will be the first time United will wear a grey third kit in 21 years. The last occasion was in April 1996 against Southampton and was a complete fiasco. At half-time with the score 3-0 to the Saints, they abandoned the kit claiming they couldn’t see each other. Let’s hope that doesn’t happen today.

Multiple injuries have forced United to play a 3-4-3 formation. De Gea is preferred in goal to Romero. Lindelof, Smalling and Bailly make up the back trio. In the midfield, we have Young, Matic, Herrara and Blind. Up front, there is the attacking trio of Mkhitaryan, Martial and Lukaku.

United get the game kicked off in grey, with CSKA in red and blue. There is high intensity from both teams, pressing hard in an attempt to take early control of the game. It takes a few minutes of sloppiness for play to settle down and United appear on top, holding possession well.

In the fourth minute, Martial receives the ball near the Moscow corner flag and, under pressure from three defenders, makes the space to cross it. Admittedly, an average cross doesn’t make a difference to Lukaku, who uses his impressive strength to get his head on the ball and knock it into the back of the net. Lukaku is simply sensational.

Moscow try to equalise immediately to stay in this game. After one player tries to shoot and accidentally kicks it with his other foot, he inadvertently lays it up for another player who forces a fantastic save from De Gea.

For around five minutes following the goal the play gets scrappy again, but United eventually regain dominance of the game. Matic is acting as the driving force for the attack, pushing into the Moscow final third. Mkhitaryan plays in a free role again and is devastating, finding pockets of space all across the opposition half.

Even when Moscow do get possession, they can’t string more than a few passes together without giving the ball away. If they do get so lucky as to tread into the opposition half they immediately get swarmed by United players.

Simply brilliant one-touch passing slices Moscow into a thousand tiny pieces, but the final shot by Mkhitaryan is saved well by the keeper Akinfeev. That won’t matter though because Mkhitaryan is then brought down in a senseless tackle. You shouldn’t go to ground like that unless you are certain of winning the ball, and he clearly wasn’t.

Martial steps up, having already assisted the first goal, and sends the keeper the wrong way to make it 2-0. The final score of this game could easily be six or seven nil. Moscow’s defenders are static and can’t handle the pace of United’s play.

CSKA’s day goes from bad to worse as a defender tries to clear a cross by Martial but ends up missing it all together. Lukaku has a simple tap-in to get his second of the game. Martial is phenomenal this game, assisting two goals and scoring the third.

The second notable Moscow attack leads to a shot that against almost any other keeper would have gone in. De Gea’s one-handed save is magnificent and proves why he is one of the best keepers in the world right now.

Just before half-time, Golovin gets a yellow card for taking out Herrara. That tackle sums up the half for the Russian side: slow and brainless.

As the second half gets underway, Mourinho has obviously told his side to slow it down a little. At 3-0, the fate of the game is all but sealed and isn’t worth getting injuries for. Lukaku and Martial obviously didn’t get the memo though, and if not for a great save, Lukaku would have had his hat-trick.

Wernbloom gets a yellow card for an elbow to the throat of Mkhitaryan. Looking at the replay of this challenge I’m not entirely sure it wasn’t a red card, although United don’t seem to contest the yellow.

Martial gets involved again — this time a fantastic shot of his from just outside the box gets parried into the path of Mkhitaryan, who slots it home for a fourth. United will undoubtedly slow the game down even more now that it’s decided.

Another elbow goes flying into a United face for a yellow card, Kuchaev on Bailly this time. Three subs for United happen in semi-quick succession; Mkhitaryan, Young and Martial come off for Lingard, Darmian and Rashford. Martial seems to be limping off and may have picked up an injury.

There really isn’t much happening anymore. United are content to pass the ball around, and CSKA are content acting all defeated and sorry for themselves. The supporters behind Akineev’s goal seem to be slowly taking all their shirts off, making a wall of flesh.

Ten minutes later and the only change is that more Russians are getting topless. How they can do that in the bitter temperatures of a Russian Autumn is baffling, but they carry on nonetheless.

The fleshy tactic seems to be working, and a little dink goes through to Kuchaev who slots it past De Gea to make it 4-1. No clean sheet today, but the result with still leave Mourinho very impressed. It only took 90 minutes for the Moscow team to wake up and show what they are capable of. Is this the start of a comeback?