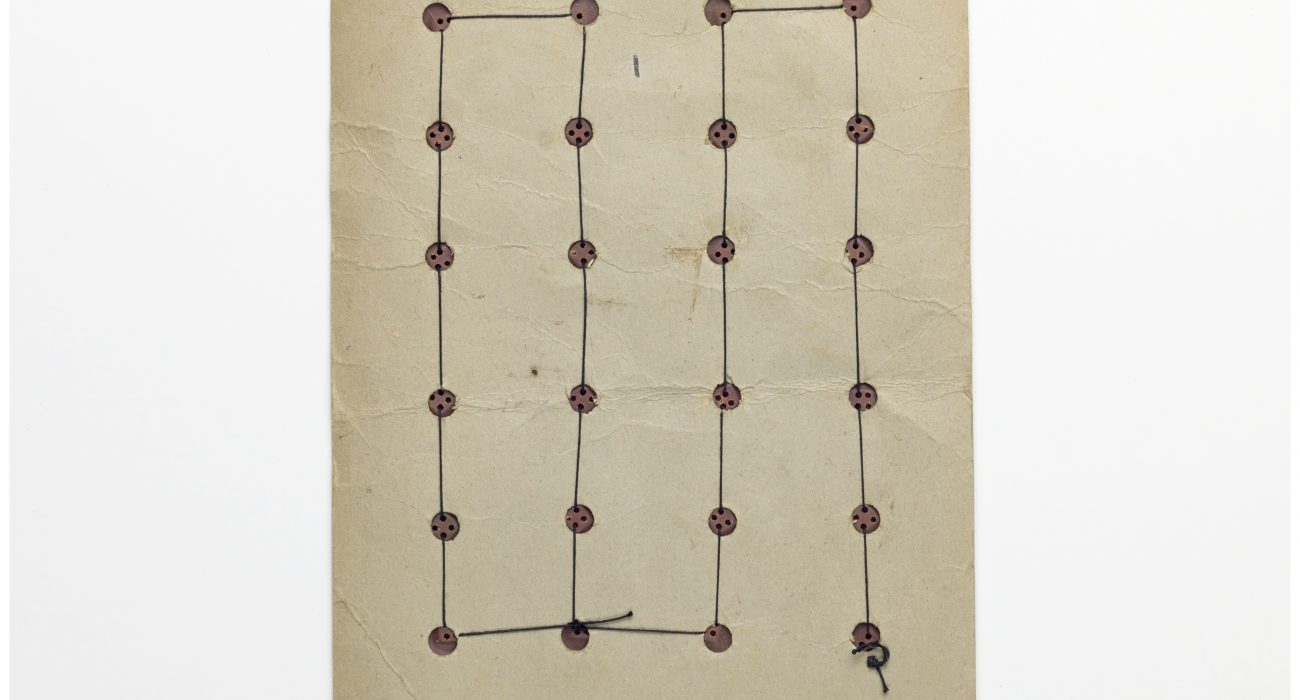 In her 2016 installation, ‘Verso’, which runs until the 5th of November 2017, Parker explores the backs of hand sewn button cards, which make up part of the Manchester Museum’s extensive collection. As an honorary Professor at the University of Manchester, Parker has utilised this role to gain access to objects which, otherwise, would lie behind glass screens, remaining static in their existence.

In 2015, Cornelia Parker opened the Whitworth Art Gallery with a major solo exhibition, containing both old work, such as the famous Cold Dark Matter: An Exploded View (1991), and newly commissioned installations, such as ‘War Room’; a powerful display made up of Remembrance Day poppy cut outs.

It was her opening firework show, however, a ‘meteor shower’ named ‘Blakean Abstract’, that highlighted the stretch of her influence into the archives of Manchester. Collaborating with University of Manchester scientist and Nobel Prize Winner Kostya Novoselov — whose work on graphene with Andre Geim gained global recognition — Parker coordinated the abstraction of graphite from a piece held in the Whitworth collection by William Blake, to launch a meteor display of huge proportions, channelling the omnipotence of Blake’s ‘The Ancient of Days’.

Once again, Parker’s access to the Manchester Museum archives provides her with the subject of her photographs, which form ‘Verso’. Lined up with meticulous precision, one notes an intriguing juxtaposition between the loose trajectory of thread, and the militaristic order of the framing of the exhibit.

It is this insightful composition which adds to the power of Parker’s message. Beyond the outward facing and identical artifice of an object — in this case, mass produced buttons — is where one finds the honest disorganisation of creation, which Parker calls ‘found drawings’. Parker claims to be fascinated with the “logic, unconscious” process of their production, which represents “an imprint… something unique to the person” who created it.  Indeed, when looking closely at the individual photographs, one may find images reflective of human faces, or familiar shapes.

Parker’s fascination with the backs of objects originates in her 1998 show, where Parker displayed the backs of Turner Canvases which, she noted, “looked like Rothko paintings”. The exploration of an object’s behind continued in 2016, when she exhibited her expansive hand-stitched ‘Magna Carta (An Embroidery)’ at the Whitworth Art Gallery. She displayed the piece, which had been hand crafted by 200 participants ranging from Prisoners to Baronesses, above a mirror, so to reveal the underbelly of this seemingly polished celebration of the Magna Carta’s 800th Anniversary.  “Given that we spend a third of our life asleep,” Parker claims “it is fascinating to explore this unconscious” which makes up a significant aspect of the human experience.

However, this form of art is often the subject of vibrant debate, posing the question as to whether reclaiming found objects can truly represent art. Surely Parker’s thoughtful re-composition of these objects does lend them new, symbolic significance, which wasn’t immediately associated with the piece before her consideration and adaptation?

With the chance to speak to Parker herself, she commented that, despite the abstract appearance of the photographs, they are rather “an accurate representation of something that’s there,” that should be viewed “in the same way that one listens to a piece of music.” Her art is a route to “extending [one’s] visual vocabulary.”

According to the interim Director of the Whitworth, Dr Nick Merriman, the gallery “is again showing that it has the ambition to work with internationally regarded contemporary artists” by entering this debate through exhibiting Parker’s works.

While often criticised, some of the most renowned and respected artists utilised the everyday, found object to create their work. Picasso, often considered the most significant artist of the 20th Century, made use of found objects such as newspapers and matchboxes, incorporating them into his revolutionary cubist collages. In this way, Cornelia Parker’s exhibition, ‘Verso’, continues a deeply entrenched artistic tradition, used by the greats of both the past and the present.