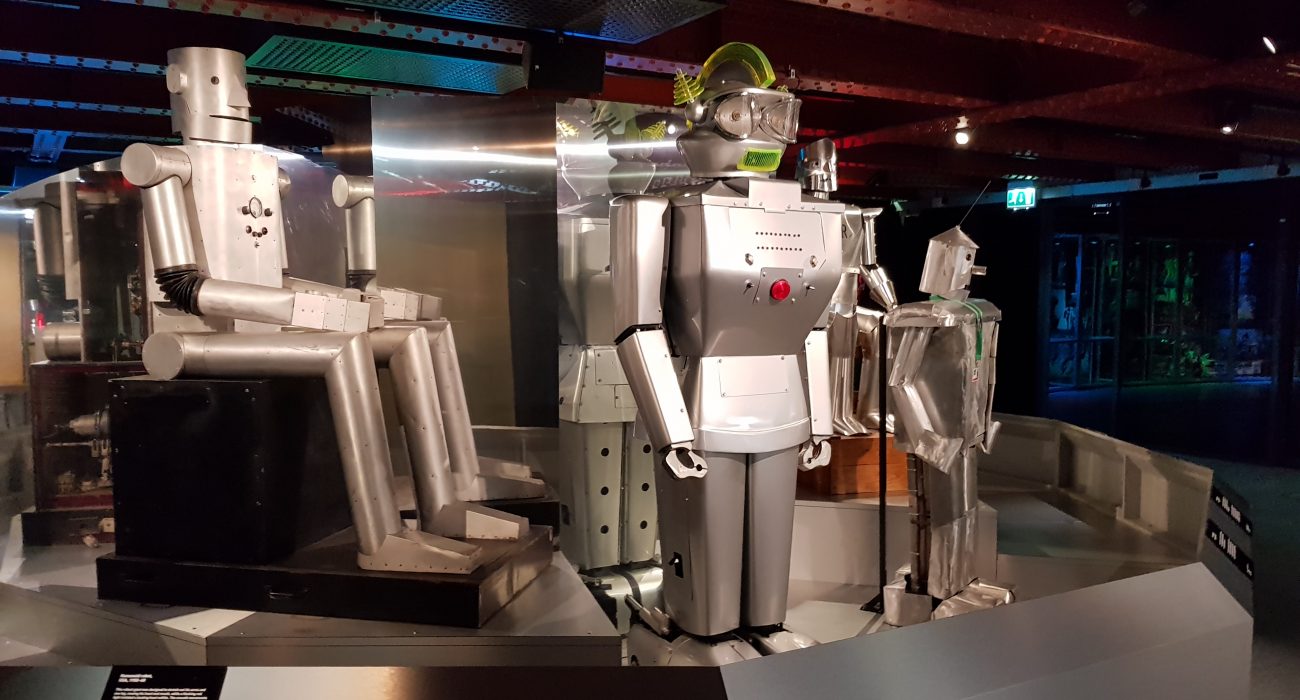 The Manchester Science Festival is a creative celebration of science that welcomes people to take part in over 100 unique events across our city. Antonio Benitez, the director of the festival, has poured a love of science and an emphasis on inclusivity into all of the events. Antonio wants to ignite a passion and curiosity for science in people of all ages and backgrounds, from preschool children to practising researchers.

Next week Antonio hopes to achieve this goal, and Manchester’s passion for science will come to life. Events like Tape and Dinosaurs in the Wild give Mancunians the chance to walk through the unknown. Tape, another new exhibit at the

Tape, another new exhibit at the MoSI, is a gigantic spider’s web created by award-winning artists Numen/For Use. EventCity’s Dinosaurs in the Wild workshop provides the magical opportunity to learn about the world 67 million years ago. For the more robotically-inclined there are several robot themed events, and Robots is one of the most awe-inspiring.

Upon entering the exhibit patrons are greeted at by an animatronic baby mounted to the wall. This striking feat of engineering waves patrons into the wonderful world of robots.

The animatronic baby immediately challenges the idea that all automatons are either terminator T-800 killing machines or sleek Apple devices that want our jobs and leads into an exploration of 500 years of automation history. Taking us from the 16th-century Catholic clock automatons, through to the machines that powered the industrial revolution, all the way to the modern era.

Ben Russell, the curator of the Robots exhibit, assembled this extraordinary collection of robots over the course of six years. Mr Russell and his team have gone to extreme lengths to gather their exhibit.  From rescuing the fantastical Shadow Biped Walker — the first human-sized biped — from a collapsed roof, to contacting local talent to restore the robot to working order. Nothing would stop this passion project.

Mr Russell and his team are aiming to show that robots are not scary — an increasingly relevant challenge in today’s rapidly automating world. There is a strong emphasis on how humans understand themselves through our robotic creations. As we travel through the decades of innovations the machines become more human.

Robots’ shows a friendly and optimistic vision of the future. The last robot of the exhibit, the EU-funded iCub, drives this point home. iCub is the world’s most advanced learning robotic toddler which cheerfully picks up and plays with children’s toys with increasing dexterity — a skill it figured out all by itself!

The final day of the Robots exhibit ends with an evening discussion called Robot World with Professor Barry Lennox. Professor Lennox researches ways to operate robots in the extreme conditions, from the hazardous environments of a nuclear power station during their decommission, to performing critical research at the bottom of the sea. He will explore the impact of AI on jobs, and the pros and cons of the rise of the robots.

At just £8 for students, Robots is a fantastic way to spend a few hours. It truly is a labour of love. Robots show the potential and exciting ways automation will affect our lives and challenges our ideas of how robots will live amongst us.