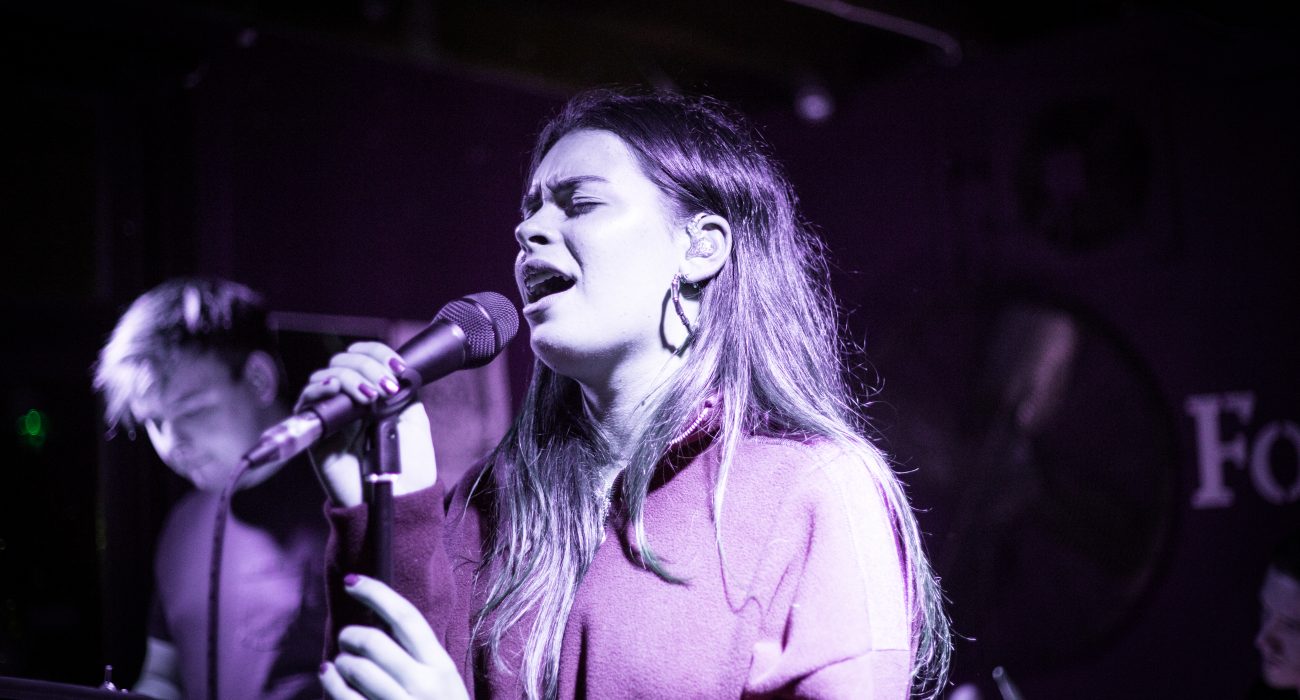 The 19th of October

There is an astounding skill to make something sound intensely beautiful, whilst also simultaneously making that look absolutely effortless. This is a skill that is rare to find in musicians this day and age in music, but something that Liv Dawson can do with such demureness that it can stun the whole room.

The setting itself of the Fallow Cafe, somewhere I have never been to see a gig before, suited this gig to perfection. There was such an overwhelming feeling of intimacy and love for all on that top floor.

The set kicked off with ‘Searching’. Electronic and upbeat, setting the bar and spirits high for the rest of her performance. Her songs have an exquisite combination and paradoxical contrast between the synths and rhythm of the music which lends itself in a way that compliments her soulful vocals in such a way that is stunning to listen to.

Dawson then lulled her audience which tracks such as ‘Reflection’ and ‘Hush’. which consisted of hypnotic slow beats that you lose yourself to. She even played a new song exclusively ‘Talk’, which in my opinion is single worthy… maybe even first album worthy? (hint hint.)

Despite being relatively new to the music scene, there is already a huge list of names associated with the London singer, one being Disclosure, with whom she worked with and produced single ‘Open Your Eyes’. Which again followed suit and just flowed magically.

However, during the set, there was one drum which consistently was a lot louder than it should have been. Which at some points overpowered and distracted from the rest of the song. Not sure if this was to do with the room or the actual drummer. But this did slightly take away from the otherwise stunning night.

Her cover of Amy Winehouse’s version of ‘Will You Still Love Me Tomorrow’ was one that initially worried me when the singer spoke about how she used to perform it in pubs years ago. A song which is already a particular favourite of mine, it is easy to compare. However, it has got to be said that Liv Dawson, with her own unique spin on the classic, made it feel new and exciting again. All in all, she did it a huge justice.

Liv Dawson closed the show with the clean-cut and blissfully toned ‘Tapestry’ followed by her latest release and biggest hit to date ‘Pain Killer’ which finished the night as it started on that same high-quality bar.

Despite the set being only 45 minutes, Dawson managed to hold on and captivate her audience for the entirety of the set, keeping them leaning in the whole time, desperate to soak up her sunshine sounding voice.

Liv Dawson is one to watch. Her music is endlessly playable, and her talent is second to none.