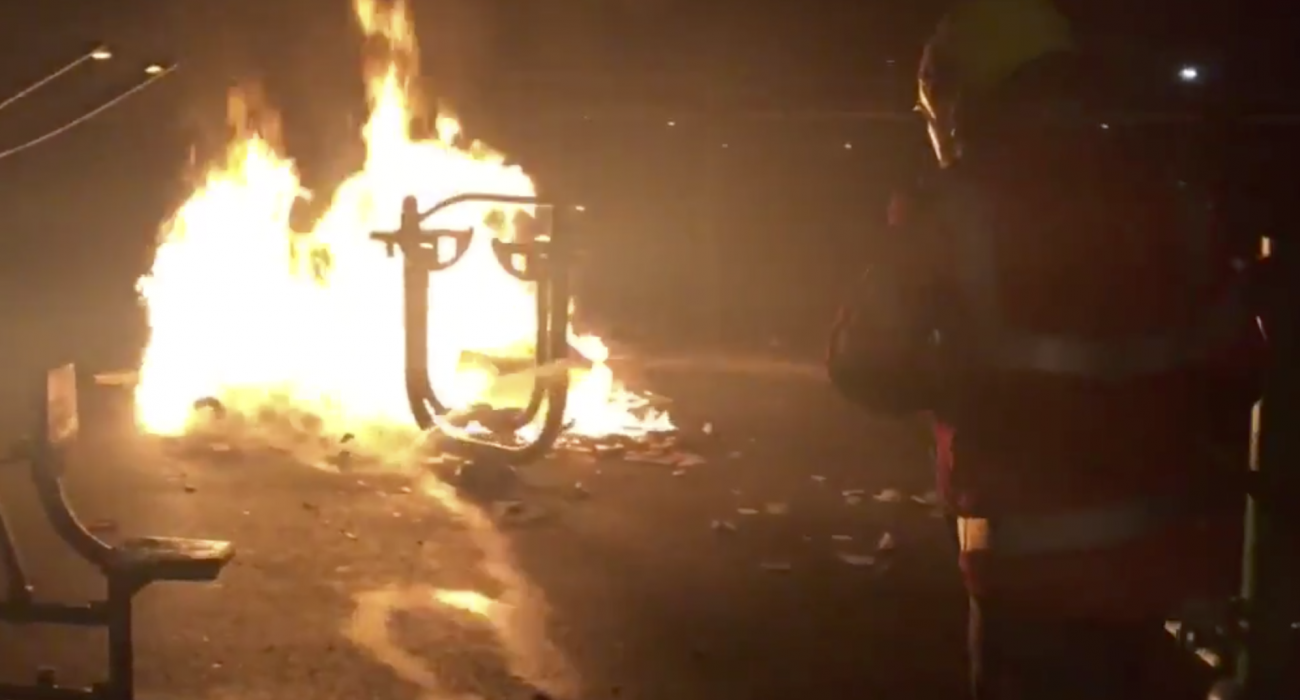 Firefighters across Greater Manchester were attacked during the bonfire night of 2017.

Mayor Burnham tweeted that it was a “Bit of a shock to see a firework thrown at us” and later went on to state “Unbelievably the firefighters said it was actually very common. This is fundamentally unacceptable.”

Bolton was not the only area to suffer from unrest. In the early evening of the 5th of November, Oldham Firefighters were called to Hillfarm Close to deal with a bonfire. Upon arrival the firefighters were attacked with fireworks. A spokesperson for GMFRS said: “There were no injuries or damage to the fire engine. Fire crews were on scene for approximately ten minutes.”

Firefighters bore the brunt of the attacks that night, however a resident in Longsight reportedly had a lit firework posted through their door. A car was also torched in Rochdale, and it us not the only car to have believed to have befallen this fate. There are reports across Manchester of other cars being torched

However, there have been no reported injuries during these incidents.

The numerous attacks on Sunday followed violence and arson on Saturday the 4th of November. Glass bottles were thrown by youths at a fire engine that drove past Edgehill Close in Salford. Later that evening, the playground in Ordsall Park, Salford was set alight.

Salford Fire Team condemned the arson as “a waste of our time”.

Firefighting is a “tough job” said Mayor Burnham condemning the events, though the minor arson and attacks across Manchester were believed to be short lived.