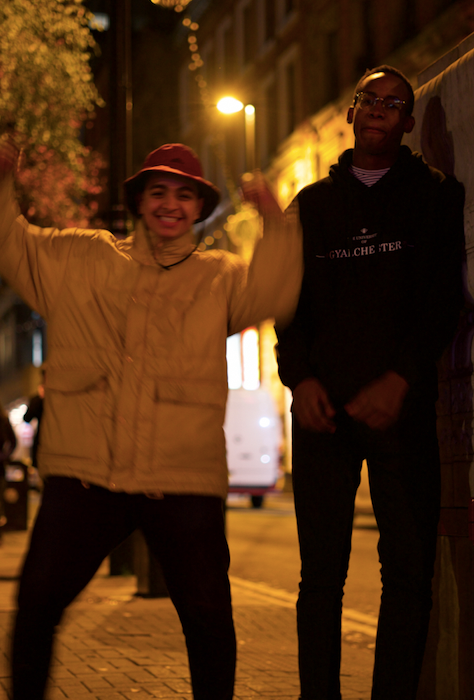 A student life: ‘the University of Gyalchester’ clothing brand

Yassine is a University of Manchester student studying Arabic and Middle Eastern studies. He is one of a group of three undergrad Manchester students who started up their own clothing brand. I met with Yassine to speak about his new entrepreneurial adventure.

Yassine and his collaborators “thought we could make a good use” of their spare time with a “personal project”, which turned out to be the University of Gyalchester brand.

“Drake’s album “More Life” came out, the album was inspired a lot by grime music with songs featuring Skepta and Giggs. One of the song was called ‘Gyalchester'” Yassine explains, delving into the story behind the brand concept. But what does being a part of the University of Gyalchester mean?

“It’s a state of mind for students who are getting a degree but also let loose when motives are present. I think that the term fits the spirit in the context of uni. We are all here to have good grades to please the family to maybe get a job later on but when it’s time to party we are more than ready.

“With some friends it made us laugh and we felt that it matched our spirit so that’s why we came out with the ‘University of Gyalchester’ merch idea.”

The idea began over drunken conversation at a party. “With a relatively blurred mind I introduced to my two partners my idea. They were immediately hooked on it!”

Luckily for Yassine, he picked the right people to spill his ideas to, “one of them works a freelance designer in his free-time and the other is more or less around when we need him, so it was the A-team really”.

“This project is particularly important to me as I have nurtured it for a long time. I couldn’t have done anything alone though. My team gave me the help and support that ‘the University of Gyalchester’ needed to at least be created, I don’t have the graphic design skills or the chill attitude of my mates!”

It wasn’t easy, however. The trio had little to no knowledge of what to do to start the venture, “we kind of improvised on everything’, Yassine admits. “To make the designs, to find a photographer – props to the amazingly talented Lewis Briggs by the way – it was all new to us.”

“Creating the website was a special pain since we are charged a high percentage out of every order but it’s up and running at least.”

So what’s the future for the University of Gyalchester? For Yassine, everything that comes from the idea is a success in itself. “We started this adventure out of a joke and we committed to it, so it’s becoming a bit more serious for us since we put money on the table. But, it’s our little baby! So either it will grow well or die quickly but we are basically just happy to have created something.”

If you would like to become a student of the University of Gyalchester and purchase a tee or hoodie, you can find the brand here.