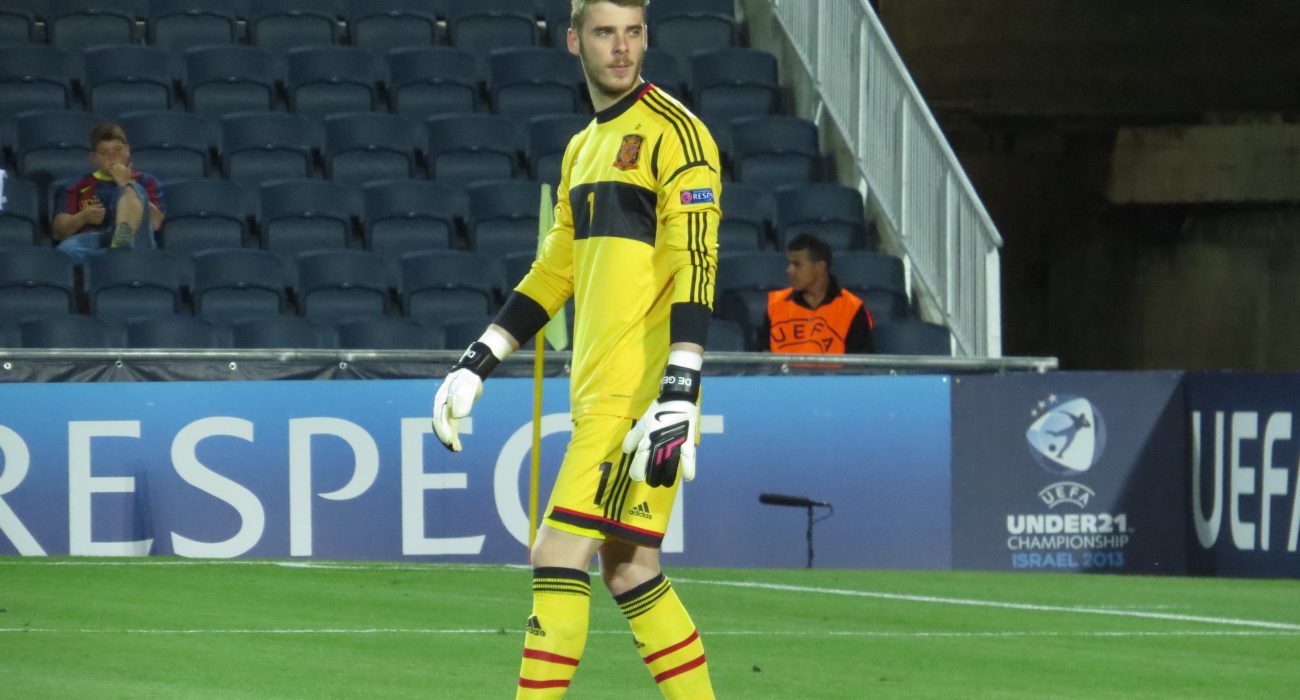 If Manchester United want to stand any chance of catching league leaders Manchester City, they need to win these kinds of games, away at top six sides. United have just one win in the last six against Arsenal though so the stats are not in their favour.

It appears that Mourinho has finally hit a starting eleven that he likes, with this the same side that beat Watford 4-2 during the week. De Gea starts in goal with Lindelof, Smalling and Rojo in a back three. Valencia and Young are the wing backs either side of Pogba and Matic in defensive midfield. Lingard sits just in front playing the CAM role and Lukaku and an in form Martial lead the line.

The game had a false start and if United’s away form against the top six is anything to go by it could be equally as lacklustre. That said this is the 59th game between Mourinho and Wenger and the clash of these titans has provided many fiery moments in the past.

There has been more urgency from United in the first three minutes than I expected all game. A terrible pass from Koscienly gives the ball to Valencia on the edge of the box. He opts to pass to Pogba who draws in the defenders before giving it back. Valencia has a clear shot on goal now and fires it between the legs of Cech. I think the keeper should have done better there but United won’t complain.

That goal will force Arsenal to come out of their shell and allows United to shut up shop for the remaining 86 minutes and hope to catch a second on the break. Whether the Gunners can come back will solely depend on whether Ozil and Sanchez play to the level we know they can. The pair when playing alongside Lacazette haven’t lost a game this season but will the streak end here?

Disappointment turns to despair as another defensive mistake leads to a United goal. Great pressing from Lingard forces the error from Mustafi and the ball rolls to the feet of Lukaku. He looks up, spots the darting run into the box from Martial and finds him with a neat pass before the Frenchman pulls Koscielny pants down with a neat flick into the path of Lingard. His confidence growing with every game that passes he was not going to miss this and he makes it 2-0 after just 11 minutes.

After the mistake Mustafi goes down injured and is substituted off to be replaced by Alex Iwobi. It is an offensive change by Wenger who shuffles Koasinac from wing back to central defender to fill the gap of Mustafi and it appears Arsenal are playing with a back four now.

Despite what you might imagine, the game is opening up more an more with every goal that goes in. Arsenal’s need to commit men forward is giving United fantastic chances on the break, but when they push too high themselves they get counter-counter attacked. Mourinho is going for for November 2017 Tony Pulis tactics rather than January 2017 Pulis tactics.

With United playing three at the back, Lindelof has space to follow Sanchez around the pitch whenever he gets a sniff of the ball. Like Lingard, his performances have grown week on week as his confidence has grown. The attacking options for United with him, Rashford and Martial all in scintillating form is incredibly threatening.

Arsenal get a free kick just off to the right of the penalty area from around 25 yards out. Ozil and Sanchez both stand by the ball and the shot looked to be going into the bottom corner, but just as Ozil ran up to take it Ashley Young sprinted back to the line to head it away from goal. A phenomenal bit of defending, Young just can’t seem to do anything wrong lately.

A succession of opportunities for Arsenal which should have really led to a goal. De Gea gets a bit of luck as his save ricochets off the bar and with the chances in the game so far you’d imagine it would be them being 2-0 up. Moments later though United go down the other end and almost score. This is end-to-end football in the truest sense of the word.

The chances are coming thick and fast for Arsenal but they haven’t had a proper shot on target for a long time due to some brilliant defending. Nemanja Matic does what in any other game would be the best moment of the game but in this is one of a hundred. Less than a minute later De Gea makes two great saves. This is by a country mile the most entertaining Manchester United game of the season, if perhaps the most nerve-wracking.

In the first half there have been 17 shots with 9 on target. 17! With three added minutes there may still be more. Make that 18, wait no 19. The eighteen one is the best save i’ve seen this season. It came from a Sanchez free kick and gets deflected off Lukaku’s leg towards the bottom corner. With his whole body behind the line De Gea somehow manages to get down and save it.

The whistle blows for half time and I can’t imagine the second 45 minutes being as unrelentingly thrilling as the first. We’ll need to see a goal within the first five minutes if it will stand any chance of comparing.

Oh my lord. It’s 2-1 after three minutes of the second half. Sanchez loops a ball to Ramsey who beats the offside trap. He heads down to Lacazette and, with all the time in the world, he blasts it past De Gea. There was genuinely nothing the Spaniard superstar could do about this one. The game is well and truly on.

This game had perhaps the first counter-counter-counter-counter attack that has ever graced the beautiful game. There has been shots flying for both teams and brilliant saves to accompany them. There are no tactics here, both teams are playing as if they need two goals to save themselves from relegation. We’ve only seen three goals but we could have very well seen thirty, I wonder what the xG of this game will be.

I don’t think my heart can take much more of this. De Gea just makes two more phenomenal saves. Both shots should have gone in, you’re not going to see any better goalkeeping in the world. That was the 26th shot of the game, 56 minutes in. All we’re missing is a red card and we may not be waiting long, Marcus Rojo gets the first yellow card of the game for stepping on Sanchez’s achilles.

Finally, on the hour mark, the game seems to be settling down. Is this the first side of tiredness? Absolutely not. United break with Lingard who goes storming forward before knocking the ball to Pogba. He gets enough contact from Koscielny to get a penalty but he stays on his feet, runs around the man and crosses it low and hard to Lingard to tap in on the far post. 3-1.

Manchester United make their first substitute with Martial coming off for Herrera. It looks like Mourinho is going to try and see out the game now. I’m running out of superlatives but Martial has been them all in attack as well as defence with him tracking back when required. Arsenal make a change too with Danny Welbeck coming on against his former club for Xhaka.

Hector Bellerin sends Young somersaulting in the air with an awful tackle. Thankfully he gets up okay and Bellerin gets a yellow card for his troubles. Pogba then lunges for the ball and follows through right onto the knee of Bellerin. A truly awful tackle which earns the Frenchman a red card, his first in the league since 2013.

Young ran over to Mourinho just in time to get the substitute he was about to make with Rashford halted. Instead it looks like Matteo Darmian will come on for Lingard. It is also worth noting that Pogba will miss the Manchester derby as a result. Kolasina comes off for Giroud and the sheer quantity of attackers on for Arsenal spells trouble.

It looks like the last ten minutes will be all Arsenal. With that red card United are keeping all nine remaining outfield players behind the ball and as a result they can’t counter attack. That said though the better chances came for Arsenal when United had a full 11 because they were attacking and committing men forward.

Lukaku gets the ball with only Koscielny to beat and he gets sloppily taken down. It looked like it was a last man challenge and therefore should have been a red but the referee only brandishes a yellow. The amount of steam coming out of Mourinho’s ears looks like Looney Toons cartoon.

Herrera and Sanchez then both get yellow cards for a little coming together, and just before than Matic took down a player in the box but the penalty isn’t given. It’s all happening and it’s all happening at once. The fourth official then announces five minutes of extra time, can United hold on?

Rashford comes on in the last minute for Ashley Young and that is that. Somehow Manchester United have withstood 33 shots to win this game 3-1. A momentous achievement for the team who pick up an important three points in the fight to keep pace with City.