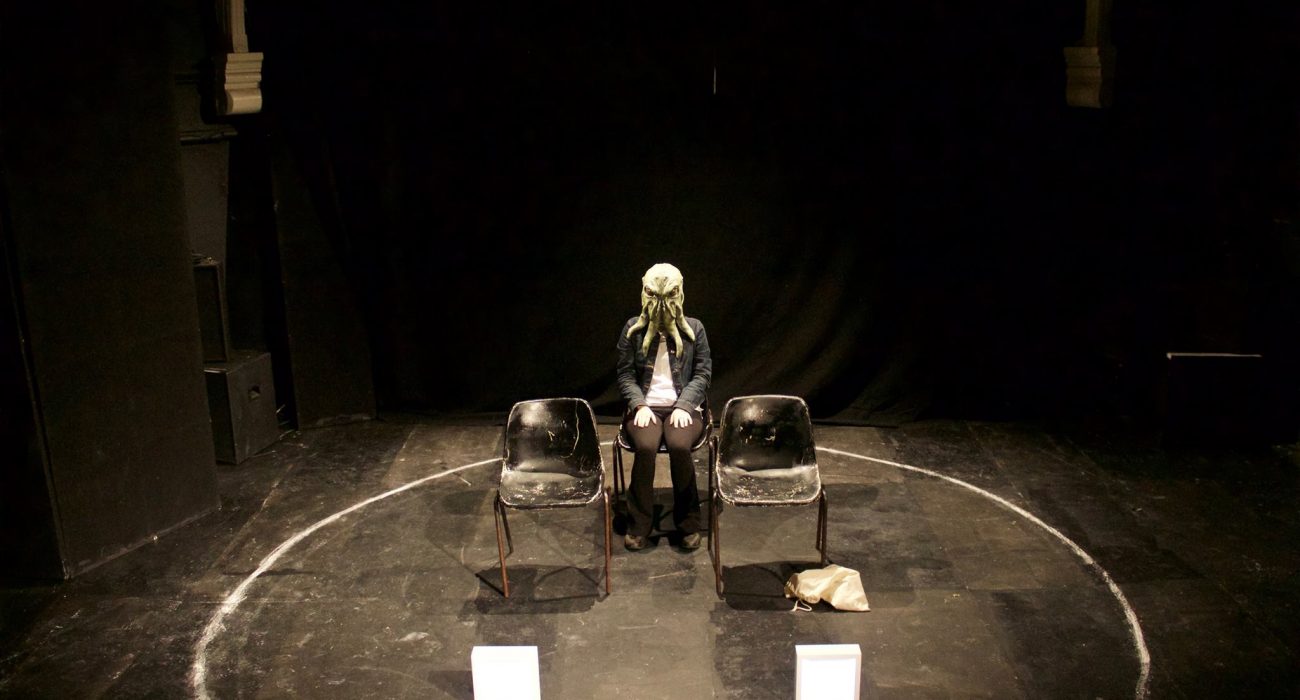 On the tiny stage above a pub, The Kings Arms in Salford, Pomona was brought to life. A deeply complex play and plot, the programme didn’t lie when it stated that it would ‘f*ck with your head’.

Pomona follows the story of the protagonist, Ollie, who comes to Manchester in search of her twin sister who is missing. The advice given to Ollie by Zeppo, the man who ‘owns’ Manchester, is that Ollie should head to Pomona, an isolated stretch of land in Manchester where there is a hole the ground. Her sister could be there.

The story then begins following a series of non-linear events. It went from Ollie (or possibly her sister) working in a brothel, to a game of Dungeons and Dragons, to finally, Ollie making it Pomona — which turns out to be a room filled with rows of girls in hospital gowns who are pregnant.

The very complex plot which was tackled brilliantly by the talented directors, Kwame Owusu and Tom Thacker. The used the little space they had in their theatre remarkably well and had a fantastic use of music and lighting. The speed of the play was great with each scene change being swift and efficient.

The acting was of a very high standard. In particular, Christopher Stoops, who played Charlie, and Joseph Conway, who played Zeppo, gave two incredible performances. Christopher really developed his character well and embodied the awkward, lovable nerd while delivering both the characters humorous and dark side really well. Joseph managed to grab the audience’s attention through his very lengthy beginning monologue, being both greatly amusing as well as very weird.

My favourite parts of Pomona were when the cast worked as an ensemble. It made for very powerful moments which swept the audience up in the intensity of the scene. In particular, the scene where Ollie made it into Pomona, the powerful back-and-forth dialogue between the ensemble mixed with the quick movement of Ollie as cast members became doors, walls and obstacles making her move all around the stage made the scene quick, interesting to watch and full of emotion.