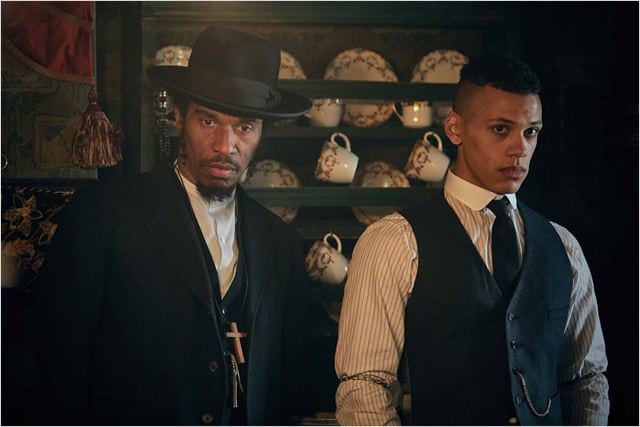 Series four of Peaky Blinders starts with a bang or two. Yes, I’m referring to the death of one of the Shelby’s, and no I’m still not over it. Nonetheless, it set the tone for the rest of the series. After all, if the show was willing to kill of one of the main characters, no other character was safe.

Loosely based on the real crime gang, the critically acclaimed drama follows the Peaky Blinders in post-war Britain as they navigate the streets of gritty, smoke-filled industrial Birmingham. Led by the ambitious Thomas ‘Tommy’ Shelby (Cillian Murphy), it centres on the Shelby brothers and their Aunt Polly (Helen McCrory) as they expand their criminal organisation to an international level.

After the rise of the Blinders in series three (finishing with a hell of a cliff-hanger), the Shelbys are scattered from each other and seemingly living in domestic bliss — well, as domestic as cocaine, arguments, and excessive amounts of alcohol can be. The Shelbys have retreated to their own families until they each receive a letter by Luca Changretta (Adrien Brody) as a part of a vendetta dating back to the previous series. More importantly, the letter marks each of the Shelbys for their deaths. This results in the the family returning to Small Heath once more (finally, it is where they belong), but that’s not the only thing returning.

Arthur Shelby (Paul Anderson) is officially back. I think we can all agree that calm, rule-abiding Arthur was rather boring compared to the cocaine-fuelled, gun-wielding Arthur from the previous episodes.

The entire series is fast paced, tense, and gripping. Packing all the events into six one-hour long episodes seems to be miraculous when you sit back and think of all that has happened this series. From Ada returning from Boston to knock some sense into her family, to Tommy becoming an MP — it’s a lot to unpack in six episodes, yet Steven Knight somehow successfully manages to do so.

Knight also manages to weave themes of betrayal throughout the series. First was Polly’s (seeming) betrayal of Tommy halfway through the series which came as a shock to all as she sacrificed Thomas in exchange for the safety of the other Shelby’s. Then comes Michael’s betrayal of Tommy — it seems as if everyone’s betraying him this season — as the former fails to inform Tommy that Changretta is coming after him next. Alternatively, Changretta is also betrayed by his own, it would appear money matters more than loyalty to his men.

The remarkable show would not be so if it wasn’t for the acting. Cillian Murphy is impeccable (despite the less-than-stellar Brummie accent). As always, Helen McCrory wields Polly in all her arched-brow glory yet the series villain Changretta (portrayed by Adrien Brody) is definitely a standout and believable character. His gravelly voice and somewhat sad eyes make Changretta someone who could possibly out-manoeuvre the Shelby’s. Another newcomer, the mysterious Abarama Gold, played by Aidan Gillen, is a character who can or cannot be trusted – and the show does little to convince you either way. Still, for such a phenomenal and chilling character, I wish more was shown of him.

Tom Hardy reprises his role as Alfie Solomons, the leader of a Jewish gang who is sometimes an enemy and sometimes an ally. Although met with an unfortunate end — in a rather peaceful scene on the beach — his character is one that will be always memorable. Hardy manages to make Solomons intriguing by pushing him to be over-the-top but not so much so that Alfie is irritating. This magnificence paired with excellent quote-worthy writing make the bullish Alfie Solomons a personal favourite.

Often compared to The Wire or Boardwalk Empire, the shows fourth series reminds us of what makes it so great. Amazing production design with an amazing soundtrack, be it a haunting rendition or full-on rock and roll. paired with amazing dark and smoky cinematography is what make the show visually and aurally stunning. Peaky Blinders shows us time and time again that it doesn’t mind killing off main characters. No one is safe; here’s a good luck to the Shelbys for series five.