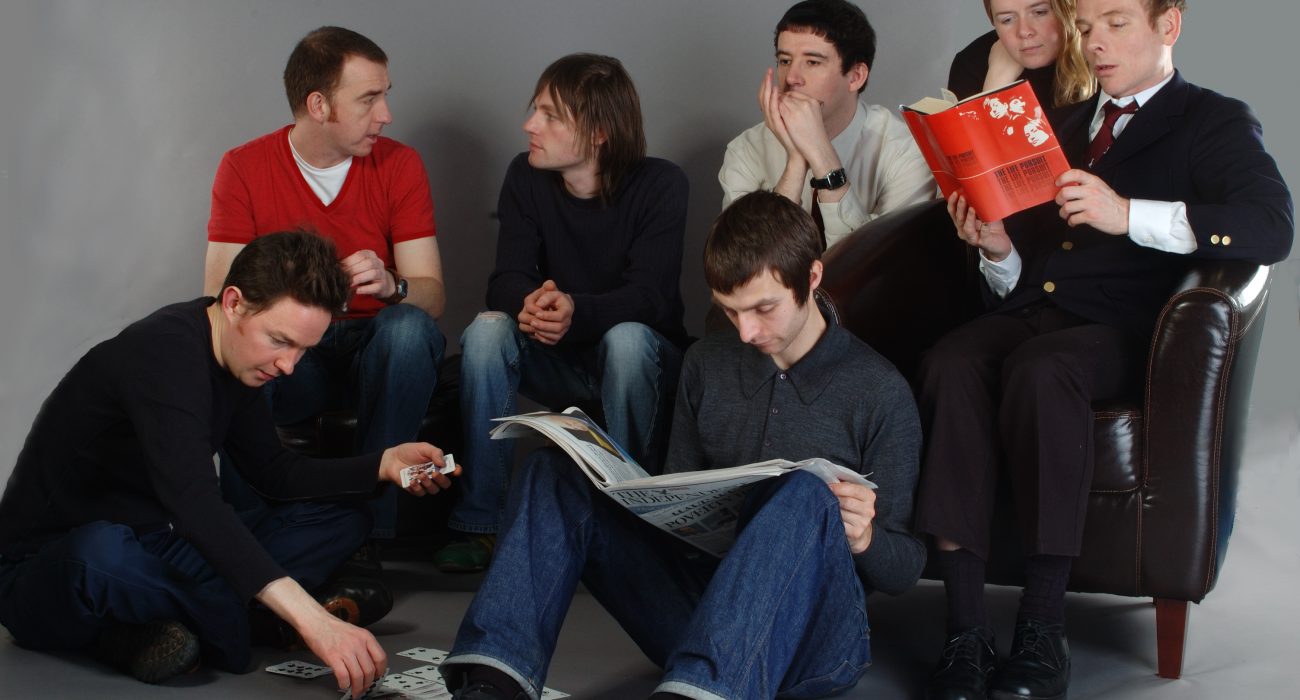 “This is a bit weird isn’t it?” lead singer Stuart Murdoch said to a seated crowd at the beautiful Bridgewater Hall after playing second track ‘Dirty Dream Number Two’. I couldn’t have agreed more. Although the band sounded fantastic in the venue, backed by a string quartet, there was a definite energy lacking from the start of the Monday night gig.

Luckily, Belle and Sebastian have been going for over 20 years, and during that period Murdoch has evolved from a bedroom songwriter to an effortless performer. The band’s setlist spanned their entire career, all the way from debut EP Dog on Wheels to tracks from their latest collection of EPs How to Solve our Human Problems.

Murdoch was even able to convince some of the crowd to rise from their seats in some of the more upbeat tracks like ‘If She Wants Me’ and ‘I Want The World to Stop’. However, the band certainly didn’t shy away from a bit of loyal-fan-service, eschewing some of their most well-known songs for obscure B-sides.

Though Belle and Sebastian’s new material is perfectly competent, for me it lacks the spark and intimacy of their older releases. The rest of the audience seemed to agree with me, the majority staying sedate during these tracks, with some making a calculated trip to the bathroom.

To the surprise and dismay of the venue staff, before Sukie in the Graveyard, Murdoch invited anyone who wanted to show off their moves to come up, inciting a stage invasion. After 1998 classic ‘Boy with the Arab Strap’ the band came back for their encore, ending with discoesque banger ‘The Party Line’, which finally saw the entire crowd come alive with Murdoch climbing and singing from the upper levels of the hall.

Despite the slow start, the band had the tunes and charisma to make a special evening.