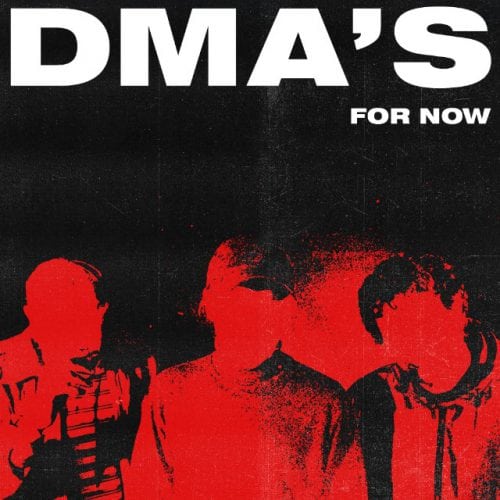 Following the release of For Now’s first single, ‘Dawning’, DMA’S’ guitarist Johnny Took told The Mancunion that the energetic, guitar-heavy track would not be setting the tone for the rest of the album.

Took wasn’t lying. Fans had better look to second single ‘In The Air’, for a better idea of what For Now has in store.

DMA’S’ second album is a far more matured and mellowed release for the Australian rock trio. Like ‘In The Air’, the majority of For Now presents an overall, more laid-back sound than first album Hills End, released in 2016.

This, however, is no criticism; ‘Health’ is a goosebump-inducing track which includes harmonies that outdo any featured on DMA’S’ older releases. For Now’s relaxed vibe does not mean the album lacks Britpop-like upbeat rhythms and soaring vocals the band are known for — ‘Lazy Love’, ‘Warsaw’ and ‘Time & Money’ are ideal tunes for those sunny summer afternoons. In particular, the simplicity of ‘Tape Deck Sick’, with a non-invasive guitar and drums backing O’Dell’s crisp vocals, shows that DMA’S do not have to rely upon the popular, lairier sounds which more prominently featured on Hills End.

Even with a chill vibe, For Now certainly does not lack magnificence. ‘Do I Need You Now?’ and the album’s stunning closing track, ‘Emily Whyte’, are the album’s most impressive tracks, both presenting a very grand sound. Particularly Emily Whyte’s breathtaking guitar solos.

With more emphasis having seemingly been placed on the album’s production this time around, with the band having drafted in The Presets’ Kim Moyes to assist, it is evident the hard work has paid off. Even tracks which fans will find a more familiar to DMA’S’ celebrated, rowdier material – ‘Break Me’ and third single, ‘For Now’ – manage to show the band’s progression through this more developed production. This is unsurprising, as Took had claimed the band had planned to move forward with their style.

Proving that DMA’S a more than just your average indie rock band that repetitively produce the same sounds, For Now, is a triumph. If those really are bongos I am hearing on ‘The End’, each track truly builds upon the band’s older approaches. In moments beautifully simplistic, whilst in others triumphantly monumental, For Now, is sure to be a hit for fans and new listeners alike.

For Now is released 27th April, with singles ‘Dawning’, ‘In The Air’ and ‘For Now’ available now. Catch the boys this April and May on their tour, stopping at numerous cities in the UK.